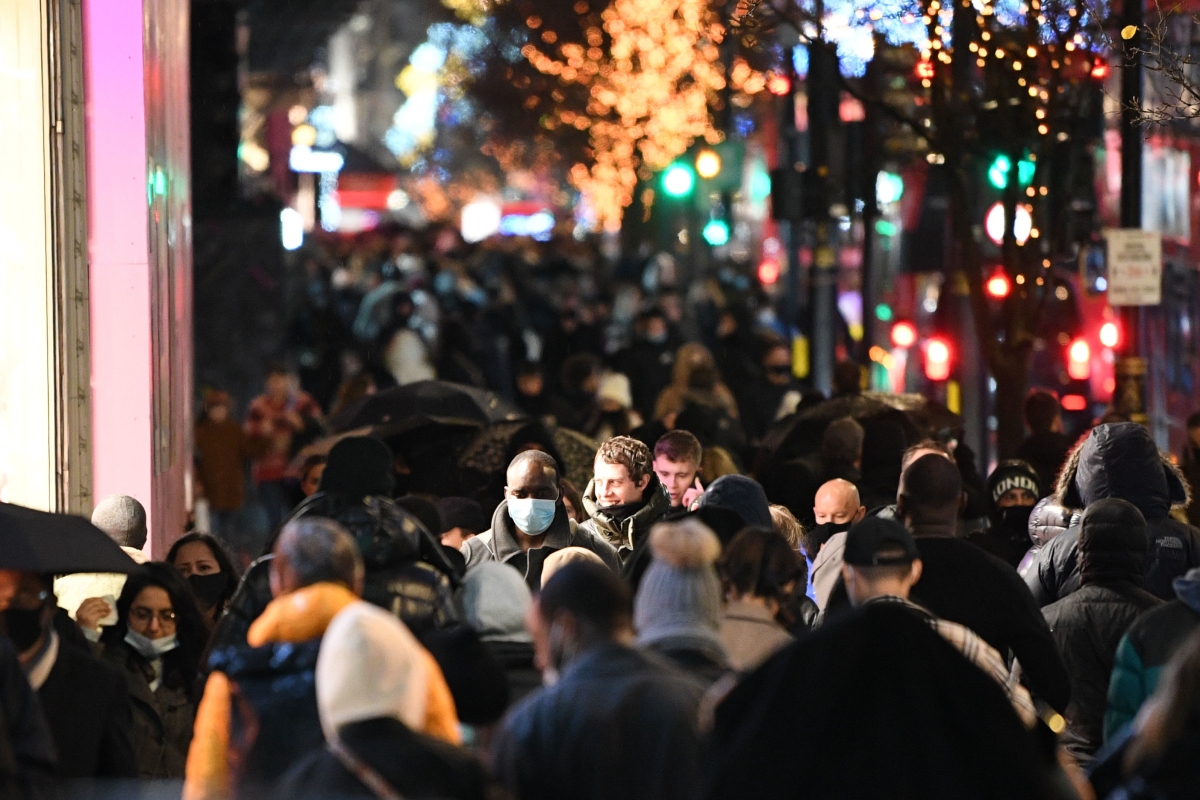 Using the festive word may offend minority religions and therefore civil servants have been banned from using it in their ads, it was revealed.

It comes as ministers tried to run a new publicity campaign telling students to get tested before returning to their families for the holidays.

The slogan "Don't take Covid home for Christmas" was vetoed by Cabinet Office officials because of the "exclusive" word, according to the Mail on Sunday.

One Muslim Tory MP branded the Christmas word ban "ridiculous" as ministers scramble to get people on board with the latest Covid restrictions.

The Government is planning to use social media influencers on TikTok to get students vaccinated before the holidays.

But an email seen this week showed that civil servants were advised to say "festive season" instead of "Christmas" to promote the jab rollout.

It read: "We have been advised by Cabinet Office that we should not use the word Christmas - as the Government campaign needs to be inclusive and some religions don't celebrate Christmas...

"The other option was "festive season" which keeps the emotional motivation. We have done with "Don't take Covid-19 home for the holidays" - as it links to school and university Christmas holidays.

"The alliteration with "home" and "holidays" scans well and is memorable."

But another official then pointed out that "holidays" is an Americanism - and asked for the slogan to be changed "Don't take Covid-19 home."

Last night, Saqib Bhatti, the Conservative MP for Meriden, said: "As a Muslim, I find it ridiculous we can't enjoy this special time of year.

"I look forward to showing my new son his first Christmas tree. The idea you can't mention Christmas is completely ridiculous.

"It's a time to celebrate, whatever your background. It's part of the British culture I love. It's the celebration of all cultures that makes this the most welcoming country in the world.

"I'm proud of that and proud to celebrate Christmas. The Blob needs to stop waging war on Christmas and get on with delivering for the British people."

This comes as compulsory mask-wearing returned in a bid to save Christmas from a super-mutant coronavirus.

Boris Johnson ordered the move after at least two cases of the fast-spreading Omicron variant were found in the UK.

He also urged people to get booster jabs, saying: “It’s more vital than ever.”

Mask-wearing will again be compulsory in shops and buses, trains and taxis in England from tomorrow.

Overseas travel and self-isolation rules have been tightened after the first two cases of the super-strain were detected in Britain.

Scientists will explore how the booster programme can be extended, including to those as young as 18.

Omicron — discovered only days ago in southern Africa — has been declared the worst variant yet by one expert, while there are fears it might reduce vaccine protection over time.

The PM’s measures, outlined at a Downing Street briefing, aim to slow down its spread until scientists know just how dangerous it is.

But Mr Johnson stopped short of imposing a devastating shutdown of pubs and restaurants in the run-up to Christmas.