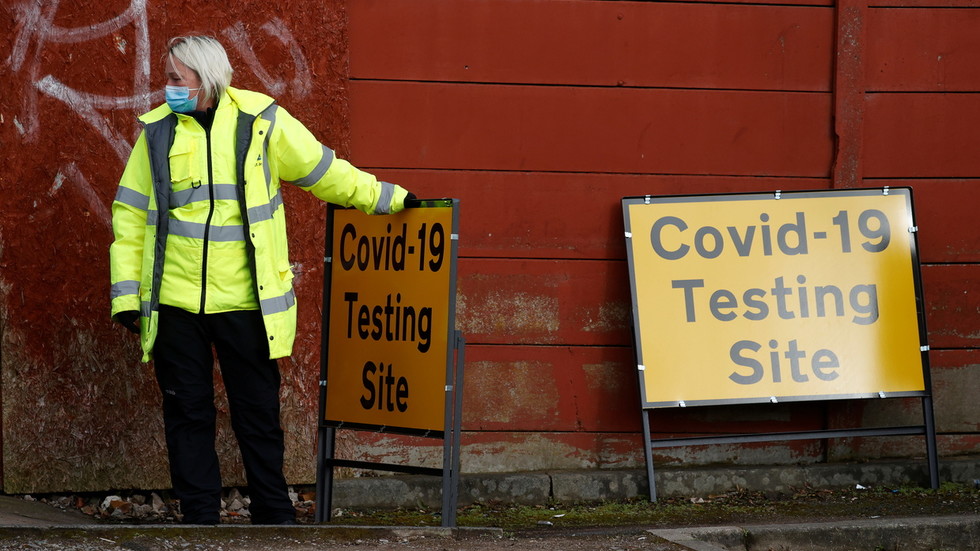 Health officials in England are looking for an unidentified person who was infected with a mutated ‘Brazilian variant’ of SARS-CoV-19 and slipped under the radar. They are one of six known cases in the UK.

The P1 strain was first detected in people coming to Japan from the Brazilian city of Manus and resembles the so-called South African variant, which is more infectious than ‘regular’ variants of the virus. Samples collected from six individuals were sequenced as part of the UK’s national research of Covid-19 mutations. Public Health England (PHE) could not determine who provided one of them, the organisation reported on Sunday.

The mystery person’s test was initially processed on February 14, before being added to the sequencing queue. The PHE is calling on those who provided samples on the two previous days and who had not received a result or had not completed their test registration card to come forward immediately. The sample was likely collected at home or at a local site conducting a testing surge, health officials believe.

There are two other P1 variant cases in a household in South Gloucestershire. Both individuals arrived in London on February 10 via a Swiss Air flight from Sao Paulo through Zurich. Two more people in the same household tested positive for Covid-19, but it will take more time before their samples can be sequenced to determine which variant of the coronavirus affected them.

The three other cases were detected in Scotland and connected to a flight to Aberdeen from Brazil via Paris and London. Scottish authorities said the three self-isolated at home as they were supposed to, and that further transmission was unlikely.

The same was said of the two cases in England, but, nevertheless, a week-long surge testing was launched for people in five postcode areas of South Gloucestershire. Sara Blackmore, South Gloucestershire’s public health director, said the measure was precautionary and the identified infections were a “very contained situation”.

P1 is one of several variants that epidemiologists consider concerning. It has several mutations similar to the B1.351 lineage, which was first identified in South Africa. A possibly more contagious variant designated B1.1.7 also emerged in the UK itself. It remains unclear if it is possible to contain the P1 strain or whether failing to do so would have major consequences for the development of the epidemic in the country.

The opposition said the discovery of the P1 variant on British soil showed that the Tory government was too slow in mandating the quarantine. Labour’s Shadow home secretary Nick Thomas-Symonds called the delay “reckless” and said that “the continuing refusal to put in place a comprehensive system leaves us exposed to mutations coming from overseas.”

“If you look at this case, actually if anything it says our border controls are pretty robust because the individual did have a pre-departure test, they did have a passenger locator form,” he said.

With the identity of the carrier unknown, some commenters online speculated in jest if it could be someone connected to the government, while others vented off general frustration about the situation.