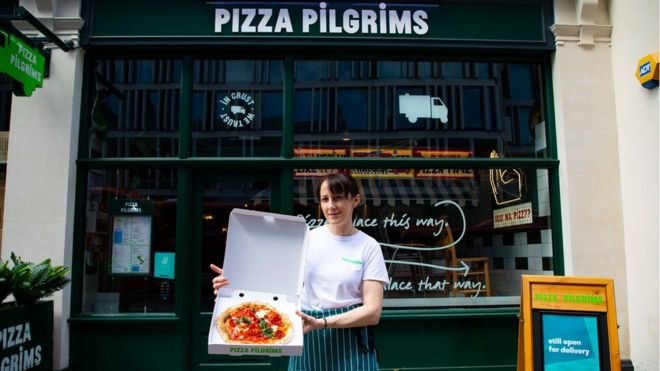 Coronavirus: Some restaurants extend Eat Out to September

Some restaurants say they will continue to offer the Eat Out to Help Out scheme in September, funding it themselves, because it has been so successful.

The government scheme offers customers 50% off their meal, up to a maximum of £10 during August.

But chains such as Prezzo, Harvester and Pizza Pilgrims now say they will offer the discount next month too.

The aim is to draw people nervous about coronavirus back to restaurants at a time when many are struggling.

Some 84,000 restaurants, cafes and bars have signed up to the government's scheme, which runs on Mondays, Tuesdays and Wednesdays in August.

According to the latest Treasury figures, diners used it more than 64 million times in its first three weeks - equivalent to nearly every person in the country dining out. 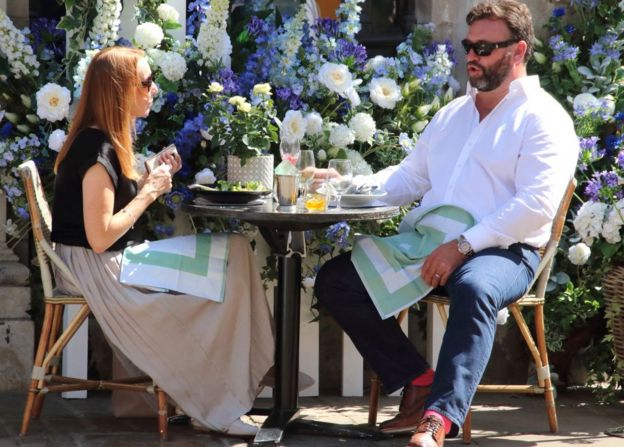 Commercial landlord Grosvenor - which owns property across central London - said it would reduce rents for tenants that continue to offer diners half-price meals until the end of September.

High end restaurants Comptoir and Roka, the Thomas Cubitt pub and Peggy Porschen café are among those to sign up.

"Eat Out to Help Out has been a powerful tool in protecting jobs and local economies UK-wide and we are working hard to help the West End and our tenants recover," said Amelia Bright, executive director of Grosvenor's London estate.

"Continuing it will not only support cafes, restaurants and bars that we lease space to but also help welcome back more visitors and workers to Mayfair and Belgravia."

Others say they will offer different discounts inspired by the scheme.

Spanish City, a steak and seafood restaurant in Whitley Bay, told the BBC it would offer a 25% discount on all food and non-alcoholic drinks on Monday to Wednesdays, with no cap on spending.

About 80% of hospitality firms stopped trading in April and 1.4 million workers were furloughed - the highest proportions of any sector - according to government data.

Industry body UK Hospitality says around a third of restaurants and bars have still not reopened despite the easing of lockdown, as people remain nervous about the spread of the virus.

Boss Kate Nicholls welcomed the move by individual restaurants to extend the Eat Out scheme, saying it had been "a huge success".

"The hospitality sector is still fragile and faces other challenges, but prolonging the Eat Out scheme could help businesses back to stability and enable them to safeguard jobs and livelihoods," she said.

A growing list of restaurant chains have had to announce closures in recent months including Pizza Express, Byron Burger and Frankie & Benny's-owner the Restaurant Group. 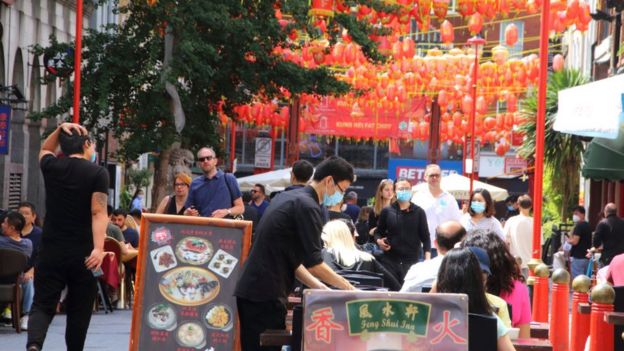 And on Wednesday, Mexican chain Wahaca said it was closing 10 of its 25 restaurants, and that it would "try to save jobs" wherever possible.

Spanish City's operations director Rob Smith told the BBC the Eat Out scheme had boosted its sales, but he remains cautious.

"We're forecasting being down about 25-30% for the rest of the year, and we're having to catch up on the three months we lost out - it's still very nervous times for the industry."

Here is a list of the restaurant chains which have confirmed to the BBC they will offer Eat Out to Help Out discounts in September:


The Duke of Wellington (pub)


Hutong at the Shard