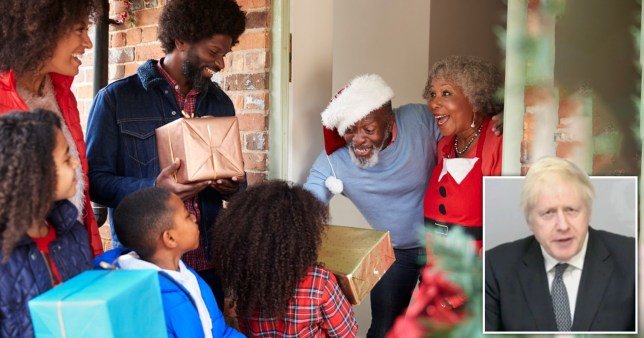 The Government is reportedly set to announce plans to allow ‘several families’ who don’t live together to form a bubble and celebrate Christmas.

Coronavirus rules could be relaxed from December 22 to 28 nationwide but the country may have to live under tough restrictions both before and after the festive period to make this possible.

Health Secretary Matt Hancock told yesterday’s Downing Street briefing it was still too early to say what contact people will be able to have over Christmas, but it has been reported Boris Johnson is preparing to announce a plan next week for an easing of rules.

Citing sources within the Government, The Telegraph reports that the much anticipated ‘winter plan’ could be announced as soon as Monday

It had been thought rules would be relaxed from Christmas Eve and cover only the most important festive dates but Chancellor Rishi Sunak is understood to have been pushing for several days’ worth of freedoms to ensure pubs and restaurants can make enough money.

Along with the bubble announcement, it’s understood the PM – who is currently self-isolating after contact with an infected MP – will outline what the tiered system will look like post lockdown.

The Telegraph reports each tier is likely to be made stricter so measures which previously applied only in the higher tiers – such as a ban on household mixing indoors – will now form part of the base level of restrictions.

It’s thought ministers are working to make the new system ‘more consistent’ with clearer rules attached to each tier. 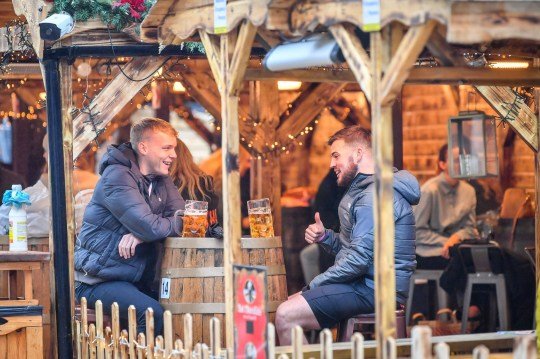 Decisions on which tier each part of the country will go into will be made by central Government by the end of the week, according to The Telegraph.

The newspaper said Mr Johnson will also warn the level of restrictions for the rest of next month would depend on how well the public obeys the current lockdown in England, which is due to end on December 2.

Downing Street declined to comment, but did not deny the report.

Addressing the coronavirus briefing on Friday, Mr Hancock said it would be a ‘boost’ for the UK if a ‘safe, careful and sensible’ set of plans could be agreed between the devolved nations. 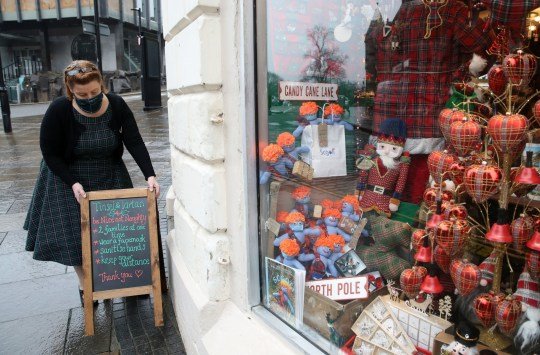 He said: ‘Over Christmas I know how important it is that we have a system in place, a set of rules that both keeps people safe but also allows people to see their loved ones.’

But deputy chief medical officer for England Professor Jonathan Van-Tam, who also appeared at the briefing, said there is ‘no magic number’ about how many days any easing of the rules might cost.

The Government said a further 511 people had died within 28 days of testing positive for Covid-19 as of Friday, bringing the UK total to 54,286, while another 20,252 lab-confirmed cases of coronavirus were reported.

On Friday, the Office for National Statistics (ONS) said there were ‘substantial differences’ in Covid-19 infection rates across England, with rates continuing to increase in London, the east of England and the South East, but decreasing in the North West and the East Midlands.

Sage said the reproduction number – or R value – for the whole of the UK had dropped to between 1 and 1.1.