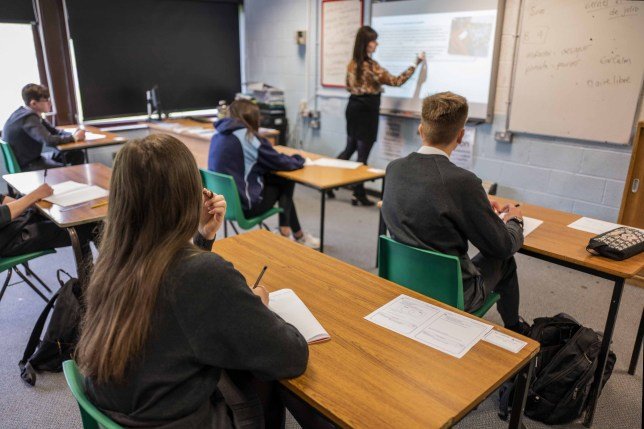 London councils back down on closing schools early for Christmas

Islington has become the latest London authority to climb down on closing schools before Christmas, as coronavirus cases rise across the capital.

Mayor Sadiq Khan has called on the Government to shut classrooms until January due to an increase in Covid-19 among teens, fearing they will give the virus to their teachers and then ‘go home and pass it on to mum or dad’.

On Monday, Islington Council, North London, advised schools to move to online learning from the end of Tuesday.

But its leader Richard Watts reversed the advice this evening, following a similar move by Greenwich Council, which said it had ‘no choice’ but to ask classrooms to stay open following threats of legal action from the Government.

‘We issued this advice to schools because the situation in Islington is so serious.

‘As Islington and London continue to face surging rates of coronavirus it’s absolutely vital we all work together and do everything we can to keep our families and loved ones safe.


'The more people mix, the more the virus will spread, and the serious illness and death we will all see in our community. I urge residents to do whatever you can to stay safe at this dangerous time.’

Earlier Greenwich Council agreed to withdraw its advice to schools to move to online learning for the last few days of term.

Education Secretary Gavin Williamson told the Labour-run south-eastern borough on Monday evening to keep schools open to all pupils until the end of term or it will face legal action.

In a statement, Greenwich Council leader Danny Thorpe said: ‘With Covid-19 cases rising rapidly in the borough, I cannot agree that this is the correct choice for our schools.

‘However, I also cannot justify the use of public funds to fight the decision in the courts.

‘Consequently, I have no choice but to ask our schools to keep their doors open to all students rather than just continuing with online learning.’

Williamson welcomed the decision as he said children’s education was a ‘national priority’.

It leaves Waltham Forest as the last local authority in London to stick to their guns and continue advising schools to move to online learning for the last few days of term.

In a statement, its leader Cllr Clare Coghill said Minister for School Standards Nick Gibb had written to schools across the borough ‘threatening legal action if they do not stay open or re-open’ following advice given by the council yesterday. 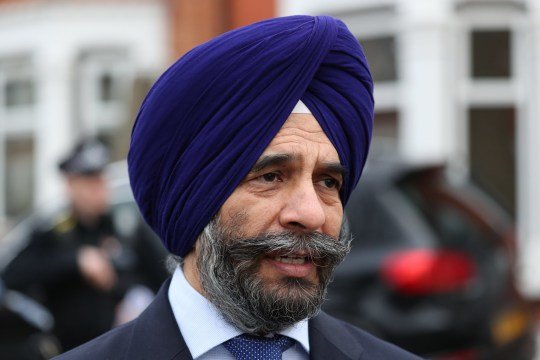 She said local leaders met with headteachers, teaching unions and the regional schools commissioner to discuss the best course of action, faced with ‘both the very high rates of Covid-19 in the borough coupled with the Government’s relaxation of restrictions for the Christmas period’.

Cllr Coghill added: ‘Following these discussions some schools have decided to move to online classes for the majority of pupils and others have not. We are confident that schools in Waltham Forest have made their decisions on the basis of their own individual risk assessment and with pupil safety at their heart.

‘It is disappointing that, during a year when teachers, pupils and parents have made extraordinary efforts to ensure education continues through a once-in-a-lifetime crisis, the Minister has chosen to write to our schools threatening them with potential legal action.

‘We will continue to do all we can to support schools to make the decisions that will safeguard the health and safety of pupils, teachers and their families and ensure children continue to be educated.’

Kate Green, shadow secretary of state for education, said it was ‘pretty unhelpful’ for the row to have resulted in the Secretary of State issuing a legal instruction.

Speaking during a webinar held by the Child Poverty Action Group, she said: ‘I don’t see why they can’t just get round the table and negotiate a sensible way through the last couple of days of term.’

Jenny Whitmore, who has a 14-year-old son at a school in Greenwich, said she was happy to keep her son at home this week as the cases of Covid-19 in the area were ‘very high’.

She added: ‘So for the sake of a few days it works better for us as a family. Our school is still open for those children that want to go in and keep their routine.

‘It’s down to personal choice, and we agree with the decision that Greenwich council made and believe they were putting children’s, parents’ and staff’s health first.’ 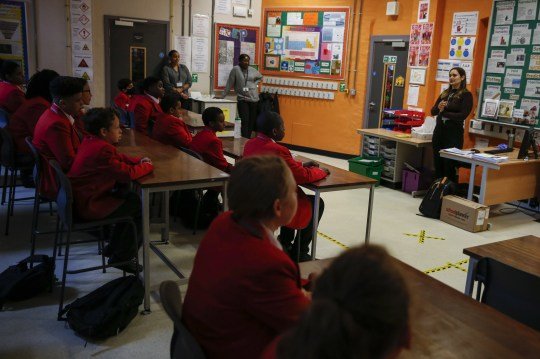 In Basildon in Essex, eight out of nine secondary schools have already moved to full remote education.

A number of independent schools – including the Prime Minister’s former school Eton College – have switched to online lessons and ended in-person teaching early amid a number of Covid-19 cases.

Downing Street has defended the Government’s determination to keep state schools open ahead of the end of term despite rising coronavirus cases.

The Prime Minister’s official spokesman said: ‘We have been clear throughout on the importance of schools, both in terms of the learning that children require but also the development and mental health gains it brings by being able to attend school.

‘We have been clear that it’s in the best interest for all children to attend.’

Asked whether that message applied to private schools, the spokesman said: ‘The Government thinks that all schools should remain open for children and that’s the best place for them to be.’

Redbridge Council has said it would support schools in the east London borough if they decided to close and move to online learning from Wednesday.

In a statement on its website, the local authority said its education service had written to schools on Monday offering support should they decide to close ‘due to staff and pupil absences making continued opening unviable’.

It said schools had been put under ‘a huge strain’ following an increase of Covid-19 cases in the local area.

Council leader Jas Athwal said: ‘Unfortunately, cases of Covid-19 continue to rise across the borough, and as a result, some of our schools are struggling to continue to provide the high-quality in-person teaching our children deserve.

‘It is not the role of the Council to close schools, but today we want to be absolutely clear – we will support our local schools if they choose to move to online learning.’