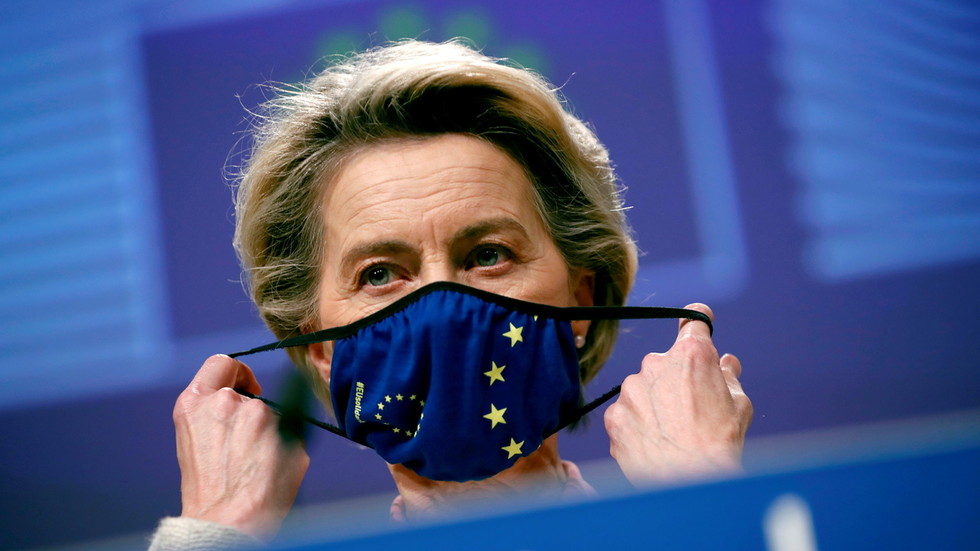 In her bizarre speech, Ursula von der Leyen casually redefined ‘sovereignty’. This is why Brexit has always been inevitable

Finally free of the European Union’s ‘lunar pull’, BoJo announces a no-quotas, zero-tariff trade deal days before the Brexit deadline and Britain celebrates taking back its sovereignty. But the EU will never fully understand.

As European Commission President Ursula von der Leyen delivered her punchlines with perfect Teutonic comedy timing – shouting out to the Beatles, Shakespeare and T. S Elliott – and switched her languages with admirable dexterity, this leader of the Brussels elite showed why she has reached the pinnacle of European politics.

It was some surprise to realise that although Frau von der Leyen claimed of Brexit, that “this whole debate has always been about sovereignty,” she didn’t have a clue what sovereignty was actually all about.

And that is why today, Britain celebrates finally ditching this deadweight partner and leaving the European Union for good. As our PM put it: “The deal is done.”

Because the EU never really understood Britain, and any relationship where such a fundamental rift exists is always doomed to fail.

The Commission president decided it was a good time for a lesson in sovereignty, using a common politician’s trick to insist they first define the terms of what they are talking about in order to attempt to control the narrative.

Clunking a big soundbite of her own on the podium, Frau von der Leyen soldiered on in Euroglish, declaring, “We should cut through the soundbites and ask ourselves what sovereignty actually means in the 21st century. For me it is about to seamlessly do work, travel and do business in 27 countries. It is about pooling our strengths, speaking together in a world full of great powers.

And in a time of crisis it is about pulling each other up instead of trying to get back to your feet alone. And the European Union shows how this works in practice.”

Were Hungary and Poland on board with this? Was her own German government aware of this when they were moaning this week about the lack of Covid-19 vaccines available throughout the EU and how the purchase, approval and distribution of them was such a total balls-up that they would have preferred to have been left to their own devices in dealing with the coronavirus response? Maybe not.

Sorry Mme VDL, sovereignty is none of these. It is a very simple idea of being free to make your own decisions without outside interference based on what is best for your own nation. Nothing else. You don’t need pages and pages of constitutional documents or a Eurocrat’s research team to make that any clearer.

As PM Boris Johnson repeated during his own press conference – during which he bizarrely apologised for interrupting the airing of Pixar movie Cars 3 on one TV station – the ‘ever closer union’ ideal of the European Union, a cornerstone of its foundation, was something that never quite won over the Brits. It never seemed wholly compatible with our idea of sovereignty.

For good or bad, we are just too attached to our own nationhood. We may not be everyone’s cup of tea, but so what? That’s the way we are. In the new nomenclature, we are apparently now an ‘independent coastal state’. I kinda like that.

And although it might disappoint Mme President, our idea of sovereignty doesn’t involve 27 other nations in our legislative process, our foreign policy, our defence or in the enforcement of our laws. So farewell to the loathsome European Court of Justice. The pain of Brexit has been all worthwhile just to be rid of oversight from a court packed with foreign judges telling a sovereign nation what it could and could not do. As Boris put it, we are no longer subject to the “lunar pull of the EU.”

So as from midnight on December 31, we are now the proud owners of a “jumbo, Canada-style free trade deal,” as BoJo typically declared. No doubt the ‘experts’ will spend the next few days, weeks and months picking through the withdrawal agreement, flagging up the minutiae for complaint.

In Scotland, First Minister Nicola Sturgeon has predictably scoffed at the deal, declaring, “It’s time to chart our own future as an independent, European nation.” Sure, it sounds good and is totally what you would expect from the Scottish Nationalist Party but, come on, really?

Anyway, none of this will worry the 17,410,742 Brits who voted for Brexit exactly four-and-a-half years ago. To them Brexit is now a job done.

Finally, some good news for the majority of the UK population. If our pubs were open, I know where I’d be.