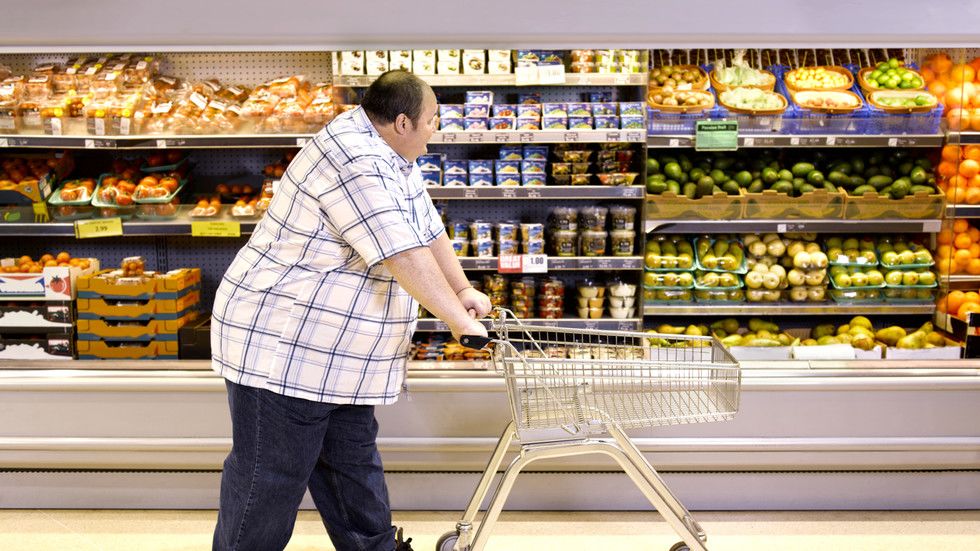 A pilot scheme that will track people’s routines, such as shopping and running errands, might soon be rolled out in the UK, to award those who make healthier choices, according to reports in the British press.
The government-backed programme, which will be incentivising those who opt for a less fattening diet and walk more is set to be launched in the next six months, The Telegraph reports. A special app is in the works and companies are being signed up to participate, suggesting it might be introduced nationwide in time for the new-year new resolutions boom.

Those who choose fruit and vegetables in the supermarket will reportedly be given “free treats,” as will those who increase their daily exercise by walking and running or taking part in special activities. The points received through the tracking app will then be able to be exchanged for event tickets, discounts, and other bonuses.

The pilot project will reportedly cost the government £6 million ($8.25 million). Business entrepreneur Sir Keith Mills — the man behind the widely used Air Miles and Nectar customer loyalty programmes, is said to have been involved in its rollout.

Prime Minister Boris Johnson is believed to have greenlighted the “radical” new scheme because he is desperate to manage obesity levels in Britain, which has one of the worst records in this regard in Western Europe. The majority of UK’s adult population is overweight, and more than a million people were hospitalised last year due to obesity-related illnesses.

“There is a whole team in Downing Street working on this, and the prime minister thinks that we simply cannot go on as before and that we must now tackle it head-on,” The Telegraph quoted an unnamed Whitehall source as having said. According to the official, Johnson takes the matter rather personally and is currently on a “very rigorous diet” himself.

Johnson, who suffered a severe case of Covid last year, reportedly believes the obesity issue is especially troubling amid the ongoing coronavirus pandemic. Overweight people are considered to be more seriously affected by the virus, with a recent controversial report by the World Obesity Federation suggesting there was a correlation between being overweight and a high risk of dying from Covid that was second only to the risk posed by old age.

In an effort to slim down the nation, a number of plans have already been put forward this year. A tax on sugar and salt was suggested in a recent expert report, which recommended a tax per kilo on those products when sold wholesale, but Johnson has reportedly said he wasn’t “attracted” to the proposal.

Another plan, aimed mainly at tackling the childhood-obesity issue and junk-food consumption, has been announced by the UK government, however. TV adverts for foods high in fat, salt or sugar will be banned before 9pm, with the measure due to come into force at the end of 2022.
#Covid  #Coronavirus  #Boris Johnson  #Johnson
Add Comment