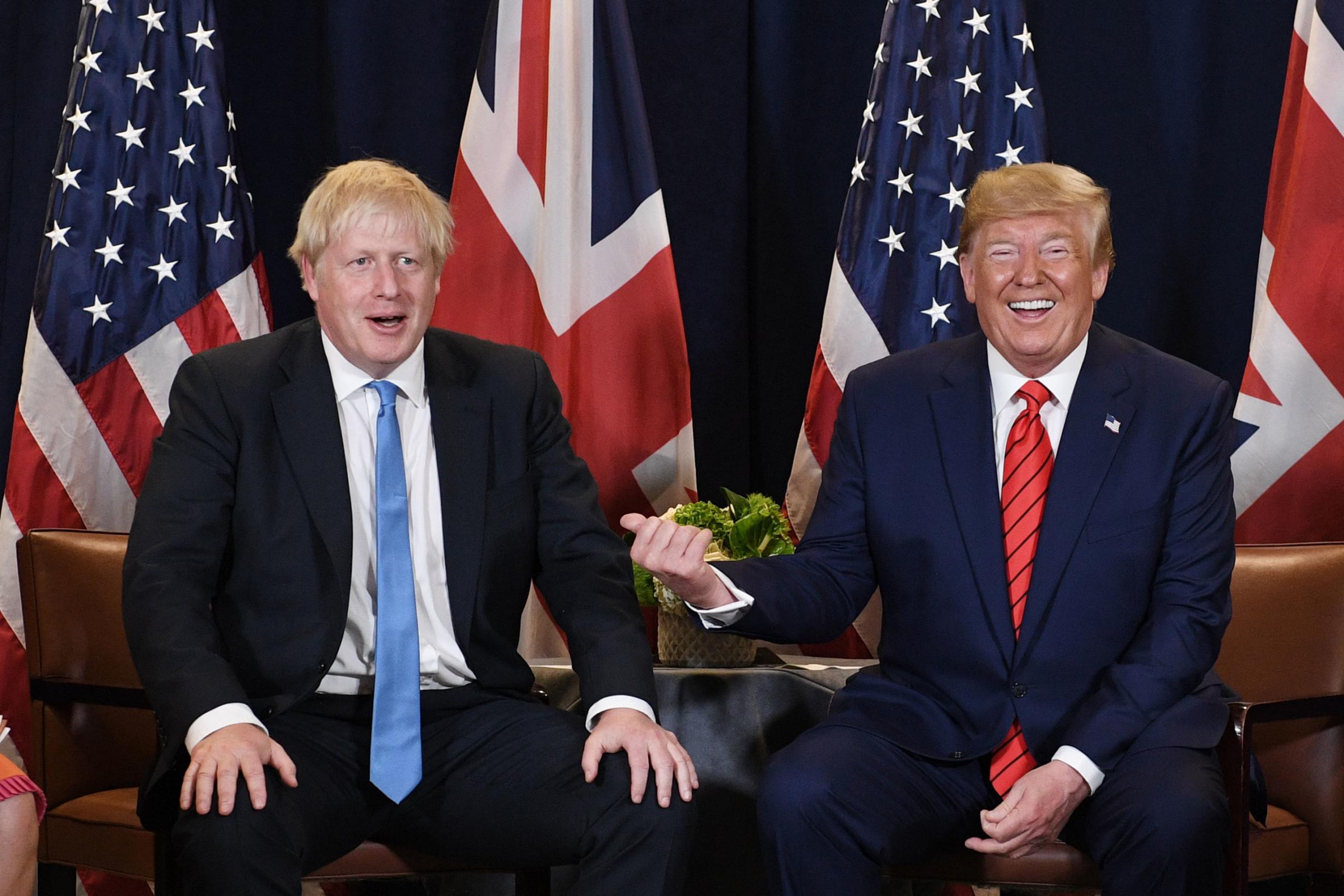 BERTRAND Russell once made the observation that “most people would sooner die than think; in fact, they do so”.
This would appear to be the dominant psychology of modern Britain. The two prominent political phenomena dominating the USA and the UK are Trumpism and Brexit, two completely irrational concepts bordering on a form of national madness. Brexit is irrational because it was founded on, and triumphed by, a whole series of lies and deceits that have now been exposed as such, plus an inbuilt British institutional racism, which is itself a demonstration of complete irrationality.

These events have demonstrated how whole sectors of a population can willingly accept being blatantly lied to, but, rather than challenge lying and deception, will applaud and reinforce not only blatant lies, but the demonisation and dehumanisation of other sectors of the populace who disagree with them or challenge their narrative.

Indeed, a national poll published in the UK in October 2019 indicated that 70% of those who voted to leave the EU in 2016 would justify violence being used against those who attempted to have the decision reversed.

This happens because the simplistic populist messages of liars and demagogues give the populace the excuse not to have to think for themselves. This now also characterises Unionism, another movement that has abandoned rationality and forfeited trust by becoming dependent on lies and deceit.

That both Donald Trump and Boris Johnson are pathological serial liars and demonstrable psychopaths matters not a jot to large sections of their respective electorates. Indeed, people continually sing their praises and pledge undying trust in them. Lying is the refuge of the incompetent who fears exposure and seeks scapegoats.

What is so dangerous is that, despite their protestations of trust, those who support them know full well that they are being lied to, support the unsupportable, but simply don’t care; they are quite willingly engaging, both individually and collectively, in a massive exercise in self-delusion, betraying their own intellectual capacity for rational thought and transferring their own insecurities onto “the other”.

In both the US and the UK such people are predominantly white Anglo-Saxon. The most disgusting aspect of Trumpism is the devotion of the white evangelical Christian community. If Donald Trump and Boris Johnson are Christians, who on Earth would want to be a Christian?

In the UK this phenomenon has ironically resulted in an almost complete loss of trust in anything emanating from the authorities. It is not one year since the last election and already no-one trusts anything the Johnson Government says and that is having tragic consequences with respect to the coronavirus crisis.

In England, where the SNP has no representation, Nicola is the most trusted and respected politician in the country. What the Westminster pigsty still refuses to accept is how Scotland has no trust whatever in anything they or their supporters say or do.

Last week an official report commented how Johnson is “loathed” in Scotland. Imagine that? He was also described as “staggeringly incompetent”.

In Boris we have a barbarian, an uncivilized and appalling person who represents everything that is wrong with our society, presiding over the seventh richest country on Earth with 40% child poverty, foodbanks as a natural part of society, thousands of people sleeping on the streets, and over one million families in work needing foodbanks to feed them.

I no longer consider Britain a civilized society, it is time we left.
#Donald Trump  #Coronavirus  #Boris Johnson
Add Comment