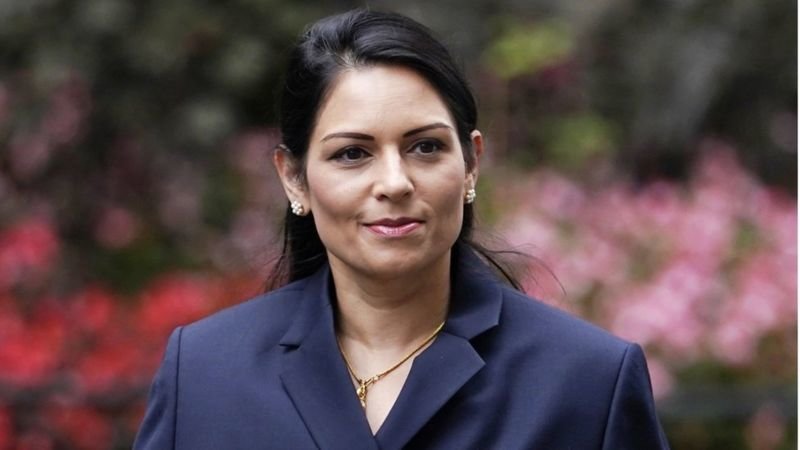 Boris Johnson is facing questions about whether he tried to tone down an independent report which said Home Secretary Priti Patel broke the ministerial code by bullying staff.

Number 10 has insisted Sir Alex Allan's conclusions were "entirely his own".

But a Whitehall source told the BBC that Sir Alex had resisted pressure to make the findings more "palatable".

He said the report had found she was a bully, adding: "You shouldn't have bullies in government".

Ms Patel apologised on Friday, saying: "Any upset I have caused was completely unintentional."

His report found Ms Patel's conduct had fallen below the standards expected of government ministers and cited examples of the home secretary "shouting and swearing" at civil servants.

But Mr Johnson - who has the final say - kept Ms Patel in her job, saying he "does not believe that Priti Patel is a bully".

Speaking on BBC Radio 4's Today programme, Sir David Normington - former permanent secretary at the Home Office, said there had been "no acknowledgement" by either Ms Patel or the prime minister that "she was found to have bullied staff, possibly in three departments - not just in the home office".

"The prime minister has simply put aside the findings of a report... that she is a bully. You shouldn't have bullies in government."

"The system depends on the prime minister standing up for standards in public life and taking action when a minister breaches those standards," he added.

He welcomed Ms Patel's apology but said it "wasn't an apology for bullying". "I don't think she recognises, even now, that she bullied."

Another Tory colleague, Iain Duncan Smith, told Matt Frei on LBC radio it was right that Ms Patel had apologised but neither she nor the civil service had come out of the report well.

He said Sir Alan had identified failings in the Home Office, including that it was "not as flexible as it could have been" and that Ms Patel has "not always felt supported" by the department.

"It's not just one way," he said. "Senior civil servants did not do their job."

Meanwhile Ken Clarke - a former home secretary - said he was "troubled" by the departure of Sir Alex Allan, whom he described as "very impressive".

Lord Clarke told Times Radio there was a widely-held assumption "that if an investigation was taken this far, and if anyone was found to have broken the ministerial code", they would step down.

"It's a very awkward situation and I'm troubled by it," he said.

Why was an investigation launched?

The PM asked Sir Alex to investigate allegations against Ms Patel in March, following the resignation of Sir Philip Rutnam, the most senior Home Office official.

Standards chief Sir Alex was asked to examine whether the home secretary had breached the code governing ministers' behaviour.

Sir Philip - who is suing the government for constructive dismissal - alleged staff felt Ms Patel had "created fear" in the department.

He says she was "advised" on a number of occasions about "the need to treat staff with respect". Sir Philip has told the BBC he was never asked to contribute to Sir Alex's investigation.

What is the ministerial code?

The ministerial code is a government document setting out "expected standards" of behaviour in office, which include "consideration and respect" for civil servants and other colleagues.

It says "harassing, bullying or other inappropriate or discriminating behaviour" will not be tolerated.

It says ministers are "personally responsible" for how they act - and that they can stay in office "for so long as they retain the confidence of the prime minister".

The code is not legally binding and the PM retains the ultimate authority in matters relating to the code - but, typically, if a minister breaches the code, they are expected to resign.

What did the independent report find?

He is understood to have concluded his draft report several months ago, but Downing Street delayed giving a verdict until this week.

In a summary of the findings, issued by government, Sir Alex concluded the home secretary had breached the ministerial code "even if unintentionally", with behaviour "that can be described as bullying" towards civil servants.

He also said Ms Patel's behaviour needed to be viewed in context, citing the pressure of the role of home secretary and the lack of support felt by the minister from the top of the department.

In addition, the report said there was no evidence the home secretary was aware of the impact of her behaviour.

On Friday, the PM rejected Sir Alex's findings, saying he did not think Ms Patel was a bully and that he had "full confidence" in her.

Mr Johnson pointed to "mitigating circumstances" in the report and Ms Patel's "full and frank apology".

Sir Alex announced his resignation as the prime minister released his statement.

A source told the BBC that there were discussions between Sir Alex and Mr Johnson during the summer about challenges the report presented.

In response to claims pressure had been placed on Sir Alex, Downing Street said: "As you would expect, the prime minister spoke to Sir Alex Allan to further his understanding of the report. Sir Alex's conclusions are entirely his own."

Labour described the allegations as "serious" and called for an independent investigation.

Holly Lynch, shadow home office minister, said: "The fact the prime minister's own adviser on standards has resigned over this issue shows how desperate the situation has become."