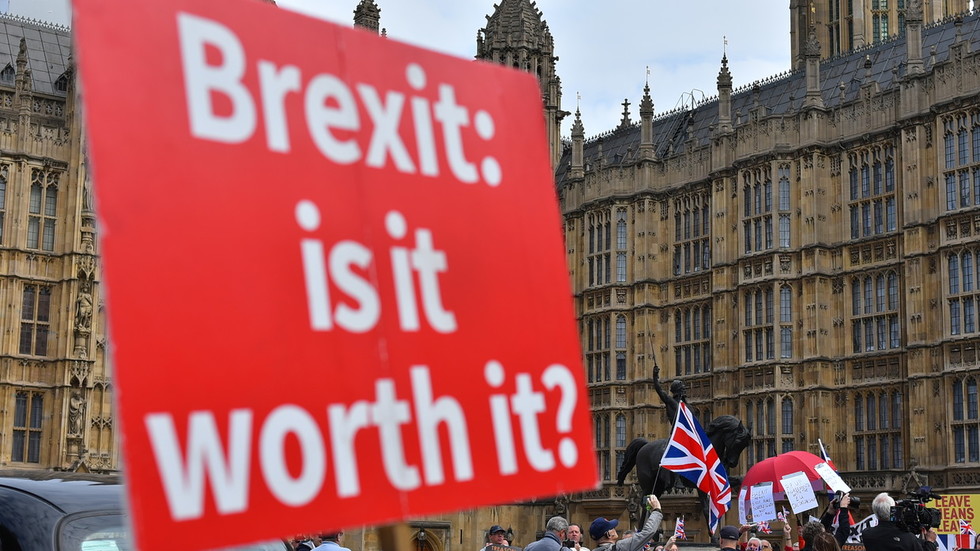 Having won a landslide victory in the UK parliamentary elections campaigning on ‘getting Brexit done,’ the Conservatives now plan to outlaw boycotts of Israel as one of their first steps when Parliament reconvenes.

When Queen Elizabeth II delivers the speech drafted by Prime Minister Boris Johnson to Parliament on Thursday, she will mention the plan to ban UK public agencies from working with anyone who supports the boycott, divestment and sanctions (BDS) of Israel, Lord Eric Pickles told a conference in Jerusalem on Sunday.

LATEST: To rapturous applause in Jerusalem , @EricPickles expresses pride that new incoming @Conservatives Government under @BorisJohnson will make it illegal for any public body to engage in any way with BDS. “BDS is antisemitic and should be treated as such” pic.twitter.com/O8bXWsdhMK

ti-Semitic, and should be treated as such,” said Pickles, who is the UK Special Envoy for post-Holocaust matters as well as the parliamentary chairman of the lobbying group Conservative Friends of Israel (CFoI).

“Israel exists because it can defend its borders, and it’s people. It is the only place in this region in which governments are elected. It is a civilised, decent place and I’m very proud it exists,” Pickles said at the International Institute for Strategic Dialogue conference. He also described himself as “an unapologetic, unreformed Zionist.”

Last week, Conservatives trounced Labour and Liberal Democrats in a snap election, delivering Johnson a decisive parliamentary majority. Labour supporters have argued that a media campaign unjustly accusing their leader Jeremy Corbyn as an anti-Semite hurt them with the voters.

Johnson and the Tories campaigned on the simple message that they would “get Brexit done” and take the UK out of the EU, after years of futile back-and-forth. However, Pickles how seems to have embraced the narrative that the election was really a referendum on anti-Semitism, telling the conference that “the British people said that you can be an anti-Semite but you will not be elected and you will not be in government.”

Pickles is not just some random official, either. He was chairman of the Conservative Party in 2009-2010, and secretary of state for communities and local government until 2015, when he was appointed as special envoy. In 2018, he was nominated by Tory PM Theresa May for life peerage and became Baron Pickles of Brentwood and Ongar.

The Tories’ anti-BDS proposal closely mirrors the executive order issued last week by US President Donald Trump, adopting the definition of anti-Semitism established by the International Holocaust Remembrance Alliance (IHRA) in 2016. This now includes even “rhetorical” manifestations of anti-Jewish sentiments.

With such a standard in place, academic institutions who support or even tolerate the BDS movement face losing federal funding and being accused of discrimination under federal statutes prohibiting discrimination based on “race, color or national origin.”

Israel already prohibits anyone involved BDS from entering the country, and recently enforced that ban by expelling a Human Rights Watch official who had backed BDS in a previous job. Free speech advocates in the US say that BDS bans would have a chilling effect on constitutionally guaranteed freedom of expression.