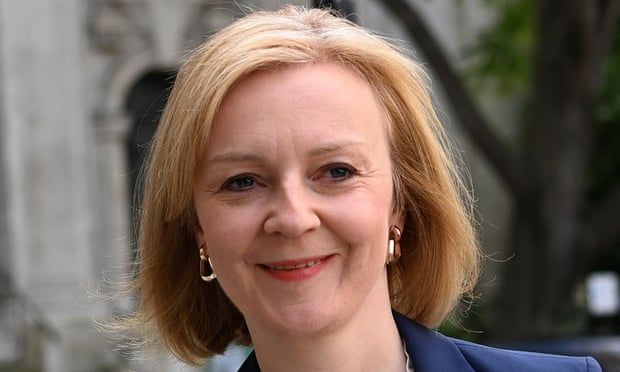 Liz Truss has vowed to make street harassment a crime months after a similar move was blocked by Boris Johnson, while Rishi Sunak pledged to outlaw “downblousing” – taking a photo down a woman’s top without consent.

Both Tory leadership candidates set out plans to tackle violence against women and girls, which has been the focus of a longstanding campaign by opposition MPs and feminist activists, especially after the killings of women including Sarah Everard, Sabina Nessa and Zara Aleena.

Truss’s campaign promised that as prime minister, her administration would introduce “a standalone offence to criminalise street harassment, clamping down on aggressive and misogynistic behaviour”.

“Over the last two years, our nation has been shocked by a number of high-profile murders of women, many here in London. It is the responsibility of all political leaders, including us in Westminster and the mayor of London, to do more,” the foreign secretary said.

Stella Creasy, a Labour MP who has attempted to amend the law to have misogyny recognised in the criminal justice system, said it was a major U-turn by Truss given the government had voted against previous plans.

An amendment in the House of Lords to make misogyny a hate crime was rejected by ministers in February, but home secretary Priti Patel had promised the proposed offence of street harassment will be looked into.

Nimco Ali, an independent adviser to the Home Office, then suggested Johnson had put the block on any new law. She said there had been “pushback” and, when asked if it was from advisers to the prime minister, replied that it was “a lot closer”.

Creasy welcomed Truss’s announcement. “Recognising how misogyny drives crimes against women is something we have been calling for – and the government [has been] voting against – for some time, so this U-turn is welcome,” she said.

Truss knew misogynistic harassment did not just take place on the street, Creasy said, adding: “We need a coherent approach across the criminal justice system, learning from those police forces already recording these crimes and giving our courts the ability to punish those whose hatred of women means they seek to cause them harm.”

The register is intended to offer better protection to potential victims of domestic abuse, requiring convicted offenders to inform the police of arrangements with new partners and their children.

Police would also be given increased powers for information sharing between the sex offender register and the new domestic abuse register. Truss’s campaign said she would also examine ways to speed up rape cases through the courts.

After being caught on the hop by Truss’s announcement, Sunak’s campaign released its own raft of policies hours later.

The former chancellor said he would ban downblousing and declared levels of sexual violence against women and girls a “national emergency”, adding that as a father of two young girls: “I want them to be able to go for a walk in the evening or to a shop at night without any fear of threat.”

Grooming gangs would also be targeted under Sunak’s plans, with a new taskforce set up by the National Crime Agency to investigate any town or city where significant levels of their activity is known to have occurred.

A new criminal offence would also be created for those arrested for child sexual exploitation who refuse to give their sex, ethnicity and nationality.

“We can not let sensitivities over race stop us from catching dangerous criminals who prey on women and I will not stop until we live in a society where women and girls can go about their daily lives feeling safe and secure,” Sunak said.

Under his plans, police would also be able to demand an explanation from those arrested over sexual offences or supplying drugs for children’s numbers on their phone.

And rape survivors would get lifelong priority access to mental health services rather than just in the immediate aftermath, with more people supported to take GCSEs and A-levels in later life if they were a victim of child sexual abuse.

Sunak’s team were buoyed by YouGov polling that found he was less unpopular than Truss among 2019 Tory voters who are deserting the party. Sunak had a net -25 favourability compared to Truss’s -45 among those who backed the Conservatives at the last election but said they would now vote Labour. Johnson’s net score was -90.

Among voters who had not decided whether to switch or not, Sunak’s lead was much slimmer – with -12 to Truss’s -16, and Johnson on -22.