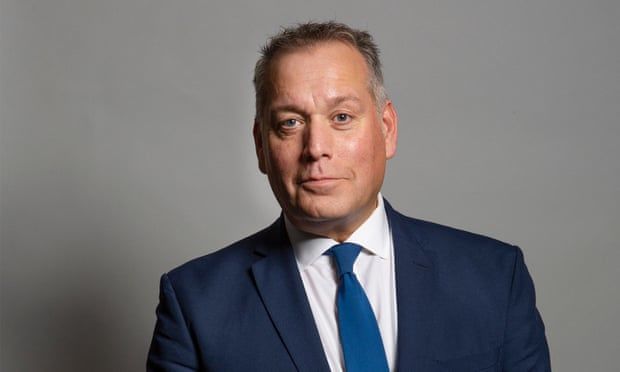 Whip withdrawn from Somerton and Frome MP after allegations handed to the Independent Complaints and Grievance Scheme
A Tory MP was suspended from the parliamentary party on Saturday after a series of allegations relating to sexual harassment and cocaine use.

The party has removed the whip from David Warburton, the Conservative MP for Somerton and Frome, who is understood to be facing allegations from three women, while a photo has emerged of the MP allegedly sitting alongside lines of cocaine. The picture of Warburton, published by the Sunday Times, is said to date from February. It is claimed it was taken at the home of a younger woman who he met through politics.

Accusations from two other women have been handed to the new parliamentary harassment watchdog, the Independent Complaints and Grievance Scheme (ICGS). A spokesperson on behalf of the whips’ office said: “David Warburton MP has had the Conservative party whip removed while the investigation is ongoing.”

Warburton, 56, is a married father of two and former businessman. It is alleged by the Sunday Times that he asked for the drug to be purchased, before saying the price was “quite good actually”. The woman involved claimed she had been drunk, but began to feel uncomfortable about being alone with the MP as she became less intoxicated. She said that she retreated to her bedroom, but that he climbed into bed with her, naked.

She said she did not ask him to leave or push him away because she was fearful about how he might react. She said she gave repeated warnings that she did not want to have sex with him, but alleged that he ground his body against her and groped her breasts. The woman is said not to have made a complaint to the police or any other authority, saying she wanted to forget about the incident.

The MP has previously condemned the exploitation of young people involved in the drugs trade, including the “intimidation, violence and criminal incentives” involved.

The ICGS was set up to tackle misconduct by MPs, peers and staff after complaints about misconduct. It has now been handed allegations that Warburton behaved inappropriately. Warburton’s Twitter account appeared to have been deleted on Saturday.

The Observer approached Warburton for comment on Saturday. When contacted by the Sunday Telegraph, he said: “I have enormous amounts of defence, but unfortunately the way things work means that doesn’t come out first. I have heard nothing whatsoever from the Independent Complaints and Grievance Scheme. I’m sorry, I can’t comment any further.”
Add Comment