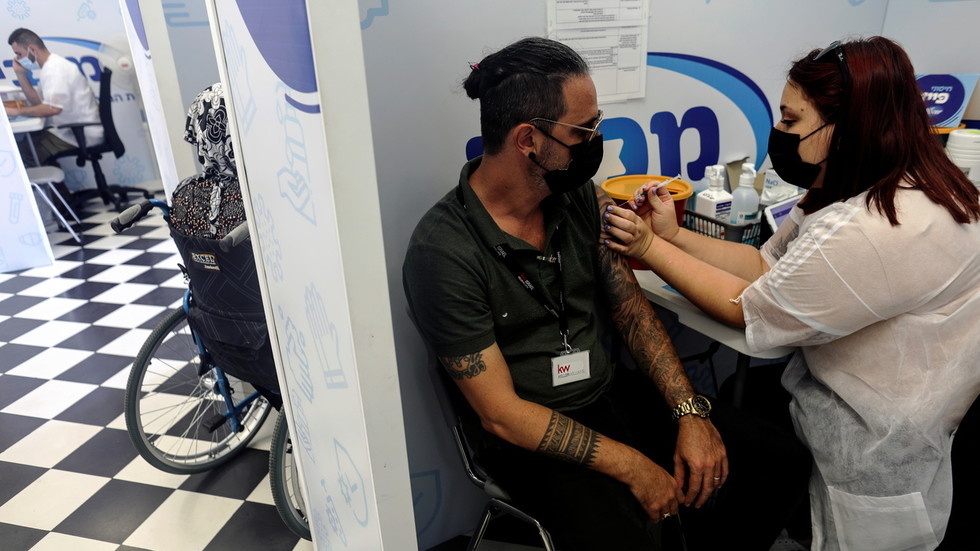 ‘This is life from now on’: Israel’s coronavirus czar warns people to prepare for a ‘fourth injection’ of Covid vaccine

With over 2.5 million Israelis already inoculated with three Covid-19 vaccine doses, the national coronavirus czar, Salman Zarka, has said preparations need to begin for an eventual fourth jab due to the virus’ growing variants.

Yet another round of booster shots will be needed for the vaccinated in order to keep up with coronavirus variants, said Zarka, the head of the special task force set up to coordinate Israel's fight against Covid-19, in an interview with Kan public radio on Saturday. Despite two-thirds of the Israeli population already being vaccinated with two doses, health officials expect that the more spreadable Delta will continue to lead to a rise in cases and hospitalizations in the fall months.

"Given that the virus is here and is here to stay, we must also ready ourselves for the fourth jab."

“This is our life from now on, in waves,” Zarka added. He believes booster shots that deal with new variants of the virus more effectively could be ready by late 2021 or early 2022.

The health official previously stated that vaccine booster shots could need to be taken “once a year or five or six months.”

Israel was among the first countries to offer a third dose of the vaccine, which over 2.5 million people have already received. A ‘Green Pass’ issued to vaccinated citizens – which grants access to places like restaurants and bars – expires six months after an individual is given their second or third dose, leading speculations that more future doses could be on the way.

Sid 41 days ago
Harley if you were as smart as you think you are you would know all 4 jabs accomplish the same thing. 2 inject spike proteins directly into you and 2 get your body to manufacture it. Same outcome.. slug blood. Go on the US goverment VAERS website and look at the numbers remembering that Yale said only about 1 to 10 % of the prolbems get reported. This jab as killed twice as many people as all other vaccines in the last 31 years. Good luck

harleyrider 42 days ago
Sid. you don't even know which vaccine I took. You sound like your hero "brian". The cases of clots are minuscule in relation to the total number of shots given. Good grief. Stop the fear mongering. Oh and by the way, check out the US cases of unvaccinated hospitalizations compared to the "breakthrough" cases. You keep up. Been to Mississippi lately?

Sid 42 days ago
On Aug. 5, Dr. Kobi Haviv, medical director of Herzog Hospital in Jerusalem, said in a Channel 13 TV News interview, “95% of the severe patients are vaccinated.” Furthermore, “85-90% of the hospitalizations are in fully vaccinated people” and the hospital is “opening more and more COVID wards.”
Harley try to keep up. MSM like CNN MSNBS etc are lying to you and you don't want to look stupid quoting them do you
View all comments (9)Add comment