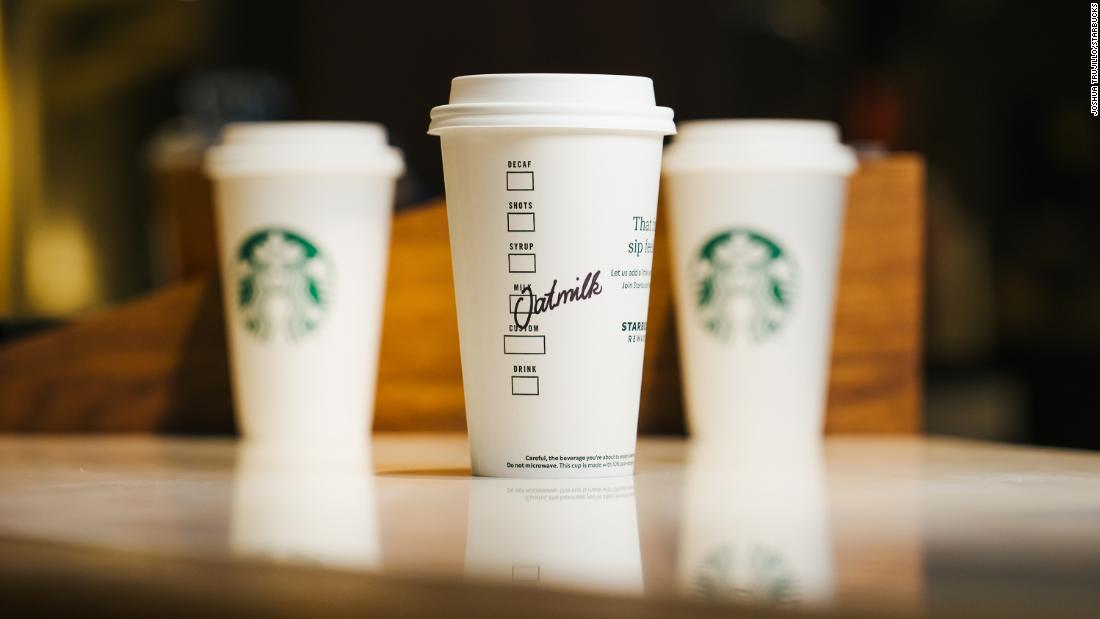 Just as Grape Nuts come back to stores, Americans are faced with yet another shortage — this time, of oat milk at some Starbucks cafes.

Starbucks rolled out oat milk lattes at about 1,300 stores in the Midwest last year. It added Oatly-brand oat milk to the menu nationally in March.

But now, a mere month later, some Starbucks' oat milk fans say they have found themselves unable to order their new favorite drinks.

Some are particularly put out by the absence of the iced brown sugar shaken espresso, made with oat milk, which has amassed its own fans online (one favorably compared it to "a brown sugar pop tart.")

Others want oat milk or nothing. "Just throw my whole drink away tbh," wrote one sad Twitter user. Another used no fewer than 12 cry-face emojis to express their pain.

Starbucks said on Tuesday that some locations were out of oat milk but didn't specify how widespread the problem was.

"Due to high demand, some customers may experience a temporary shortage of oat milk at their store," a Starbucks spokesperson told CNN Business on Tuesday, adding that customers can expect oat milk to be back "soon" without offering a specific time frame. In the meantime, they might consider swapping in soy milk, almond milk or coconut milk instead, the company suggested.

Starbucks is not attributing the shortage to the popularity of specific beverages, the spokesperson said, but noted that the drinks launched this spring have been resonating with customers. Those include the brown sugar espresso, as well as an  iced chocolate almond milk shaken espresso and a honey oat milk latte.

The coffee chain has leaned into its oat milk lineup as consumer demand for plant-based milk alternatives continues to grow. US oat milk sales grew 138% over the past year, according to Nielsen data.

"Probably the most dominant shift in consumer behavior is this whole shift to plant-based," said Starbucks CEO Kevin Johnson during a January call with analysts. "This is why we've introduced all the alternative milks, whether it's almond milk, soy milk [or] oat milk," he said.

Oatly has also been getting attention.

Over the summer, the company scored a $200 million investment from a Blackstone-led investment group that included Oprah Winfrey, Natalie Portman, Jay-Z's entertainment agency and former Starbucks CEO Howard Schultz. In February, it said it filed confidential IPO forms with the SEC. The move is "the first official step towards pursuing a potential IPO," Sara Fletcher, an Oatly spokesperson, said at the time.

As Starbucks (SBUX) sees high demand for its oat milk products, Oatly, its supplier, is struggling with its own problems. The company has struggled with supply constraints because of pandemic-related construction delays on a facility in Utah, which was supposed to open last year and is only starting to come online now, Oatly said.

Starbucks and Oatly didn't comment on whether the supply constraints were directly related to the temporary shortages that some Starbucks locations are facing.