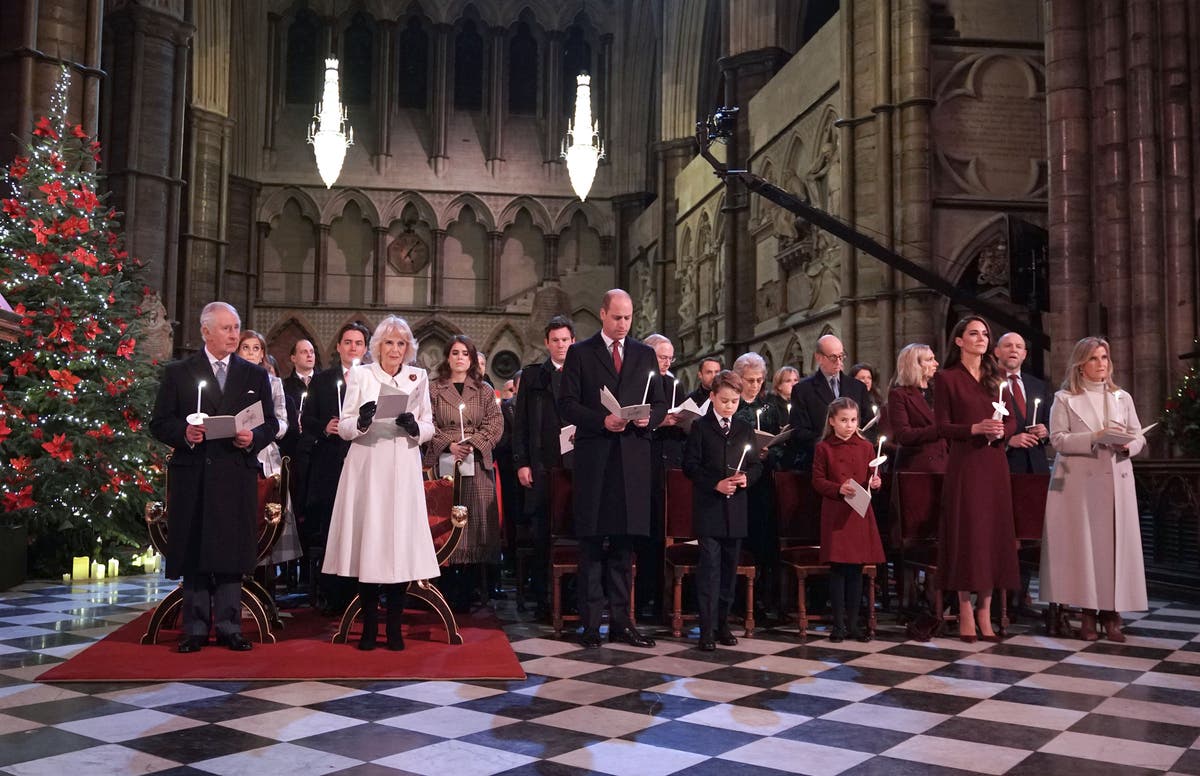 The service was attended by more than 1,800 people at Westminster Abbey

The Royal Family were all smiles as they made a united front at a Christmas carol concert in Westminster Abbey just hours after further bombshell accusations by Meghan and Harry were aired on Netflix.

The Prince and Princess of Wales donned winter coats and took part in the festivities appearing to be in jovial spirits on Thursday evening, along with Prince George and Princess Charlotte.

The King and Queen Consort also attended the 1,800-strong service alongside Princess Eugenie and Beatrice.

Kate, who was smiling and looked relaxed, arrived before 4.20pm dressed in an elegant deep red coat dress with matching shoes and clutch bag.

She greeted clergy at the door of the abbey before going inside where she chatted with guests and enthusiastically high-fived children. 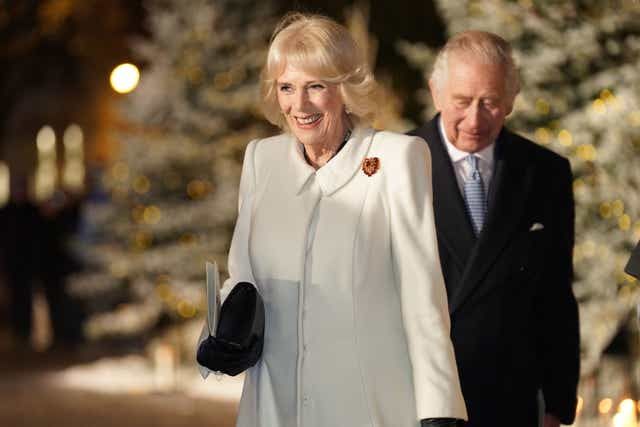 The service comes after the explosive final three episodes of Harry and Meghan’s documentary were released on Netflix, stirring a further flurry of accusations against the Royal Family.

The first three episodes were released on December 8, but in the final instalment Harry detailed the bitter unravelling with his brother William in the lead-up to the Duke and Duchess stepping down as senior royals and moving to the US in 2020.

The Duke of Sussex alleged that his brother William “screamed and shouted” at him during the ‘Megxit crisis’ while the now King Charles and Queen “quietly sat there”.

Harry called the bullying allegations against Meghan, which appeared shortly before their Oprah Winfrey interview, “institutional gaslighting”, comparing her treatment to that of his mother Diana, Princess of Wales. 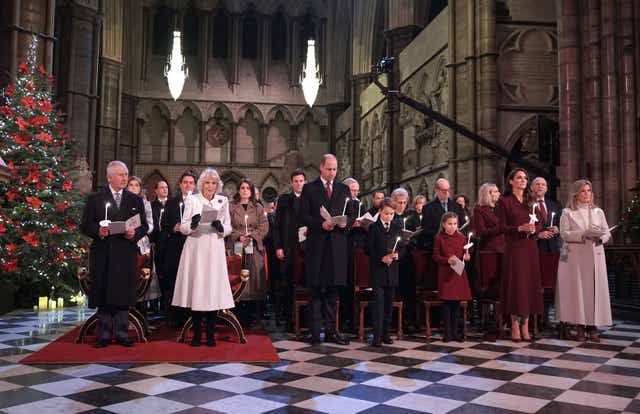 He further claimed that offices within the Royal Family worked against each other, “leaking” and “planting” rival stories in the media to protect their own “principal”.

The Royal Family has not yet responded to claims made in the six-part Netflix series tilted ‘Harry & Meghan’, for which the couple are reported to have been paid millions of pounds in a lucrative deal with the streaming service.

But on Thursday night, all seemed calm at Westminster Abbey.

When Kate greeted William, George and Charlotte outside before the service, there were cheers from members of the public and shouts of, “Kate, we love you” and “Prince William, we love you”.

Kensington Palace said the second carol service Kate has held is dedicated to the late Queen and the values she demonstrated throughout her life, including “duty, empathy, faith, service, kindness, compassion and support for others”.

The palace said these principles are “shared and personified by the inspirational guests who have been invited to the abbey in recognition of their tireless work to help and care for those around them”.

Before the service, Kate was heard telling singer Alfie Boe about her own musical skills, saying she needed more practice singing.

“On the piano you can slightly hide away a bit more than you can do singing,” she said.

“Actually my children probably wouldn’t forgive me – I’m not sure whether they think I’ve got a particularly good singing voice. I’ll have to have some lessons.”

A Christmas tree in Westminster Abbey was decorated with small Paddington Bear decorations, a nod to the late Queen’s famous sketch, while guests were greeted with atmospheric snowflakes from a snow machine as they arrived at the entrance.