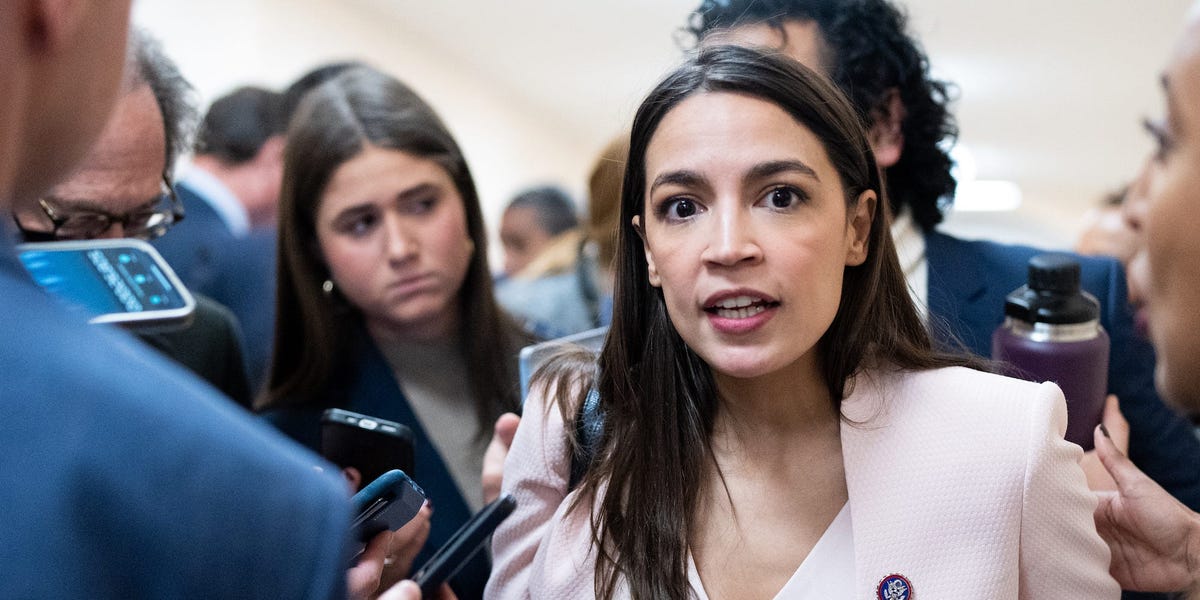 Rep. Alexandria Ocasio-Cortez is under investigation by the House Ethics Committee

The investigation may pertain to her attendance of the 2021 Met Gala. Her office told Insider they're "confident that this matter will be dismissed."

Democratic Rep. Alexandria Ocasio-Cortez of New York is under investigation by the House Ethics Committee, according to a statement released on Wednesday.

The committee said they had received a referral from the Office of Congressional Ethics, a separate office that reviews misconduct allegations, on June 23 of this year. That meant that a majority of that body had decided the matter was substantial enough to refer to the committee, which is currently chaired by Democratic Rep. Susan Wild of Pennsylvania.

They committee noted that the disclosure of the investigation was mandated by a decision by the committee to extend the amount of time that they're investigating the matter, and that the panel had not made a judgement on whether any ethics violation had occurred. They also said they would "announce its course of action in this matter" next year, after the 118th Congress had convened.

The committee did not indicate why the congresswoman was under investigation, and in a statement to Insider, her spokeswoman, Lauren Hitt, did not offer further details.

"The Congresswoman has always taken ethics incredibly seriously, refusing any donations from lobbyists, corporations, or other special interests," said Hitt. "We are confident that this matter will be dismissed."

It's possible that the investigation was spurred by a September 2021 complaint from the conservative American Accountability Foundation accusing the congresswoman of accepting an impermissible gift by attending the 2021 Met Gala, where the cost of attendance for many guests is $35,000. Ocasio-Cortez was invited to the event as a guest of the Met and did not pay for her ticket.

The congresswoman notably wore a dress emblazoned with "Tax the Rich" at the event. She was not permitted to keep the dress, Hitt told PolitiFact in 2021. 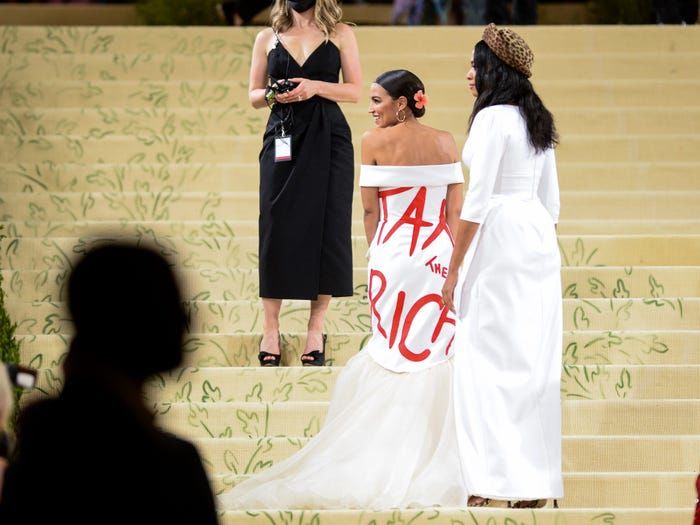 Ocasio-Cortez wearing a dress emblazoned with “Tax the Rich” at the 2021 Met Gala in New York City on September 13, 2021.
Ocasio-Cortez has said that she attended the event in her official capacity as a member of Congress, and that lawmakers from New York are routinely invited. Rep. Carolyn Maloney, a fellow New York Democrat, has attended multiple Met Galas, and the Office of Congressional Ethics recently opened an investigation into Maloney's possible solicitation of a ticket to the event in 2016.

House rules state that members may not accept gifts, except under certain exemptions for widely-attended events or charity functions.

The group argued that Ocasio-Cortez's attendance violated those rules, because the event was exclusive and is run by Conde Nast, a for-profit company media company.
#Alexandria Ocasio-Cortez  #Ocasio-Cortez

Oh ya 58 days ago
They should first investigate if she has at least 2 working brain cells. That would answer a lot of questions
View all comments (1)Add comment