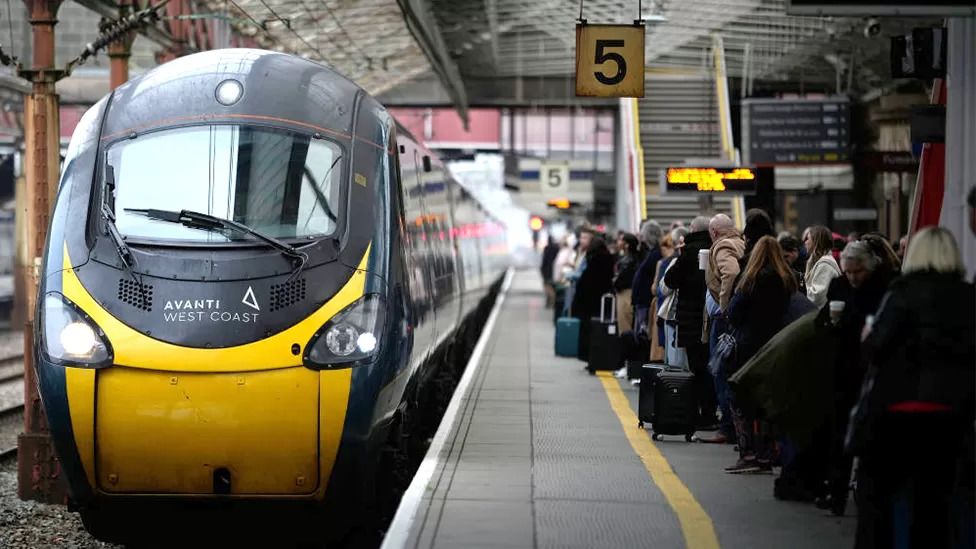 Rail fares in England to rise by up to 5.9% from March

Regulated rail fares in England will rise by up to 5.9% from March, the Department for Transport has announced.

The rise is being capped at a level well below inflation, "to help reduce the impact on passengers", the transport secretary said.

Labour called the hike - which is still the second highest on record - "a sick joke", while a watchdog said passengers were not getting value for money.

Before the Covid pandemic, fares were raised in January each year, based on the retail prices index (RPI) measure of inflation from the previous July.

Inflation is the rate at which prices rise, and the normal formula for fares is RPI plus 1%.

However, the government said that "for this year only" rail fare increases for 2023 would be capped at 5.9%, well below July's RPI figure of 12.3%.

Like last year, the government is also freezing fares for January and February, so that passengers have more time to buy tickets at the existing prices.

Transport Secretary Mark Harper said the rise represented a "fair balance" between passenger and taxpayer needs, and described the move as "the biggest ever government intervention in rail fares".

"It has been a difficult year and the impact of inflation is being felt across the UK economy. We do not want to add to the problem," he said.

However, the increase to fares will be the largest since a 6.2% jump in 2012, according to analysis of Office of Rail and Road data by the PA news agency. 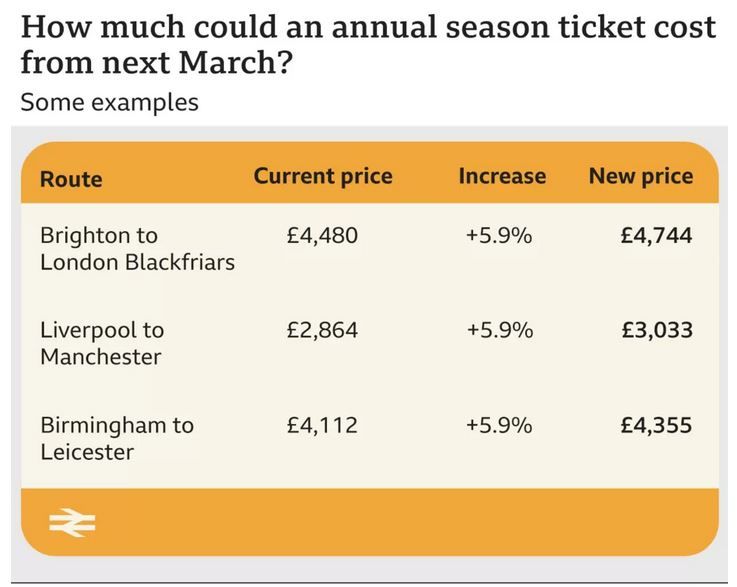 Labour said average fares had risen by 58% since 2010, twice as fast as wages.

"People up and down this country are paying the price for 12 years of Tory failure."

Transport Focus warned that more needed to be done to improve the experience of passengers on the railways.

"After months of unreliable services and strike disruption, it's clear that too many passengers are not getting a value for money service," said its director, David Sidebottom.

"Capping fares below inflation and the delay until March is welcome and will go some way to easing the pain, but the need for reform of fares and ticketing in the longer-term must not be forgotten."

Regulated fares cover about 45% of fares, including season tickets on most commuter journeys, some off-peak return tickets on long distance journeys and anytime tickets around major cities.

The rise affects England, and mainline services from England into Wales.

It does not apply to Transport for Wales trains, but their changes tend to match those made across the border.

Fares for rail services in Northern Ireland are set by state-owned operator Translink, which does not use RPI. The Scottish government has not announced its plan for next year yet, though it has said that peak fares on the publicly-owned operator ScotRail will be suspended for six months.

The pandemic saw a steep drop in the number of train passengers, as more people worked from home, and numbers have remained well below pre-Covid levels.

Rail passengers have also faced disruption due to a wave of strikes, with further industrial action planned over Christmas and in early January.