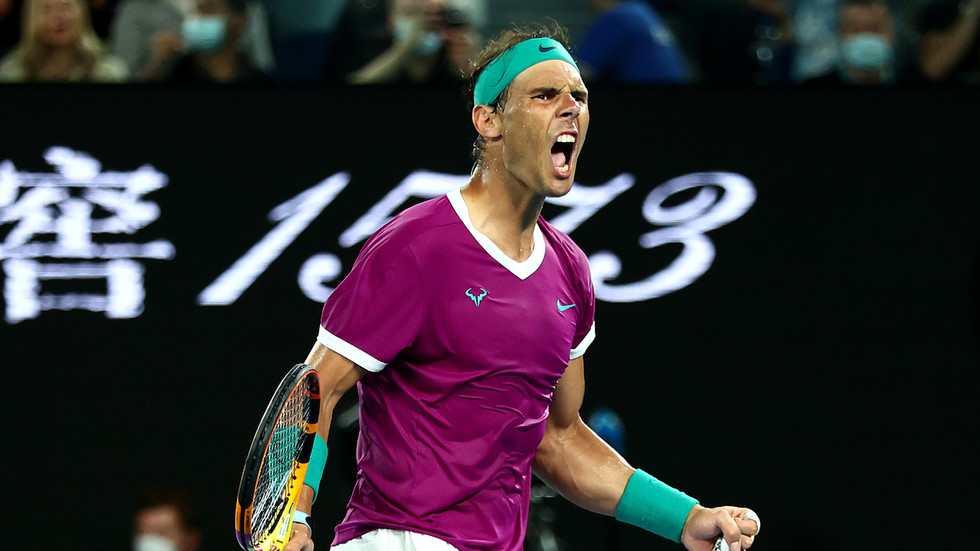 Nadal battled back from two sets down to defeat his Russian rival, 2-6 6-7 (5-7) 6-4 6-4 7-5, to move one Grand Slam title ahead of great rivals Novak Djokovic and Roger Federer in the all-time men’s standings.

The nature of the win in a marathon match lasting five-and-a-half hours on Rod Laver Arena surely marks it out as among the finest ever performances in the remarkable career of the Spaniard.

Nadal had admitted his fears that his playing days could even be over due to a lingering foot injury which ruled him out for much of last year.

But at 35 years old, Nadal has made a sensational return to be crowned champion in Melbourne for a second time, adding to his first Australian Open triumph in 2009.

Nadal and Medvedev shared a five-set epic in the US Open final in 2019 in which the Spaniard also emerged as the winner.

The result repeated itself in Melbourne as Nadal – 10 years older than his rival – mounted a comeback when it seemed he was all but out of the contest after Medvedev opened up a two-set lead.

The Russian second seed was the tournament favorite after the deportation of nine-time champion Novak Djokovic, and seemed on course to add to the US Open title he won in September.

But anyone who has followed the astonishing career of Nadal knows that the Spaniard can never be written off lightly.

And so that proved as the sixth seed fought back to win the third set.

Topsy-turvy fourth and fifth sets followed as the momentum in the match swung unpredictably from one man to the other.

There seemed like one last twist could be on the cards as Medvedev broke Nadal as he was serving for the title at 5-4 in the final set.

But the Spaniard broke back immediately before making no mistake the second time around as he served out the match and the tournament.

An emotional Nadal raised his arms to the Melbourne sky in celebration at winning a title that few would have imagined possible just a few weeks ago.

Medvedev, meanwhile, will rue a missed chance at a second Grand Slam title after seeming firmly in control of the match.

The Russian played his part in a spellbinding contest which showcased why many feel he will be the heir apparent once Nadal, Djokovic and Federer do finally call it a day.

But Medvedev ultimately paid the price for some erratic shot-making and unforced errors in the face of a resurgent Nadal.

The Russian also appeared in discomfort in the latter stages, receiving treatment several times for a left thigh issue, and exchanged angry words with the umpire about members of the crowd who were causing disturbances as he prepared to serve. 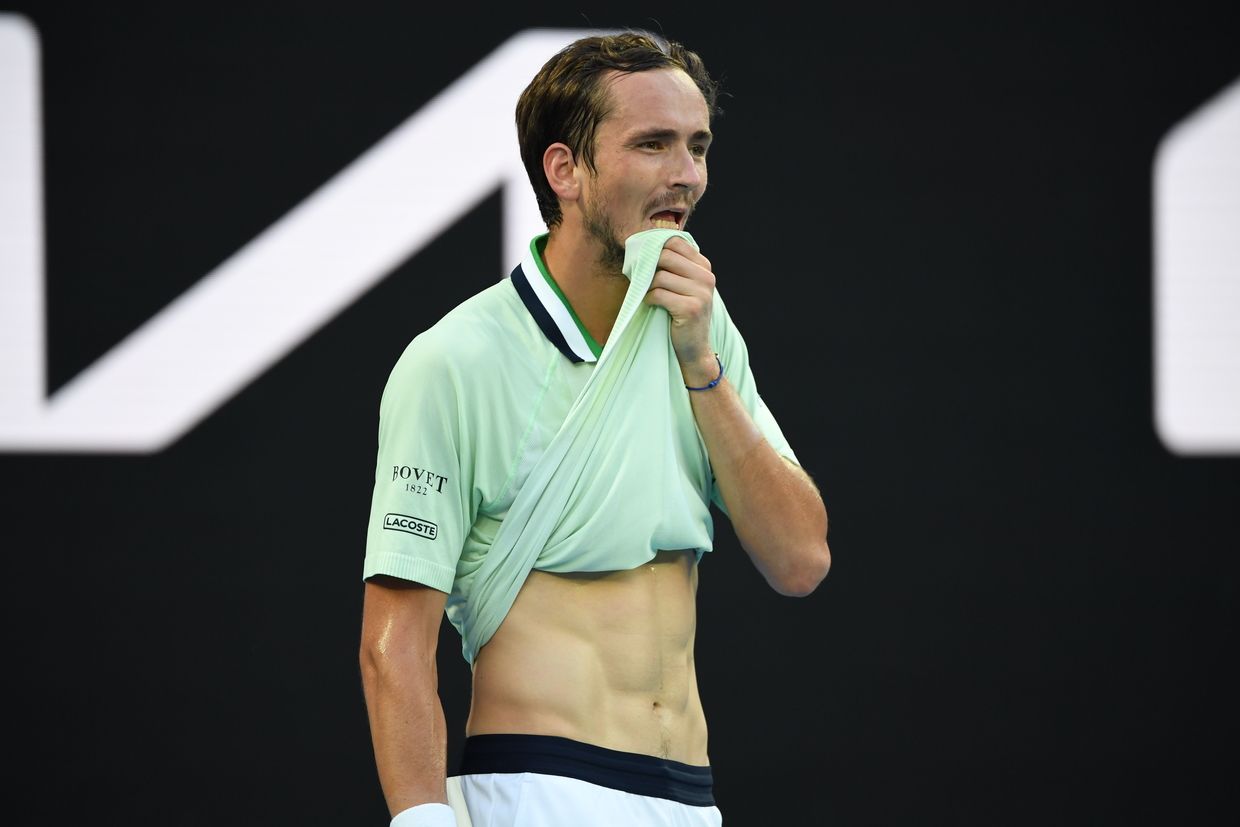 Medvedev missed out in a Melbourne classic.

Nadal edges in front in rivalry with Djokovic and Federer

Medvedev has now lost successive Australian Open finals after suffering the same fate at the hands of Djokovic last year in Melbourne.

But this time round few could deny Nadal a landmark title which moves him one ahead of great rivals Djokovic and Nadal in their tussle for all-time greatness.

"I don't know what to day guys, it's just amazing," said a tearful Nadal in his post-match comments.

"Without a doubt it has been one of the most emotional months of my tennis career...I really can't explain my feelings."

As well as his record Grand Slam feat, Nadal becomes only the second men’s star in the Open Era to win at least two titles at all four Grand Slams, with Novak Djokovic also boasting the achievement.

The absence of the Serbian world number one after his ugly deportation saga will remain a lingering talking point which overshadows this year's tournament in Melbourne.

But as the dust settles it is Nadal who is a two-time Melbourne king as he put the disappointment of four previous losing finals at the Australian Open behind him.

Nadal will look to extend his Grand Slam record on his favored clay court surface at the French Open in May, where he is already a 13-time champion.