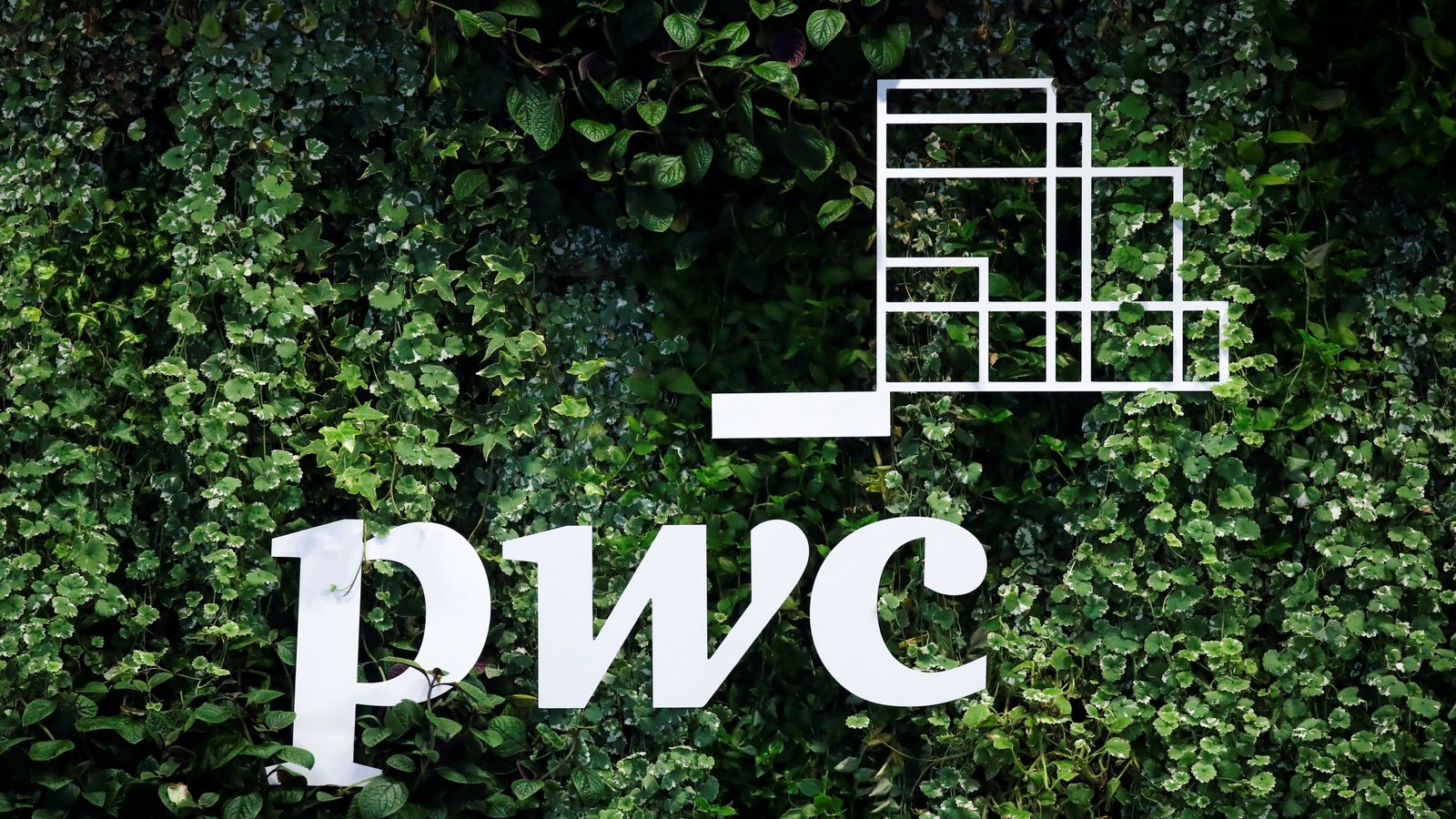 A windfall from the sale of the big four firm's mobility services arm will take average partner pay for the last financial year through the £1m barrier.
Partners at PricewaterhouseCoopers (PwC) will see their total pay for the last financial year hit seven figures for the first time after an "exceptional" trading period boosted profits at Britain's biggest audit firm.

Sky News has learnt that the big four accountancy group briefed the 950 members of its top executive tier this week that it made average profit-per-partner of £920,000 in 2021-22 - up about 15% on the previous year's figure.

In addition to that £920,000 figure, UK partners will share a previously disclosed average windfall of about £100,000 generated by the sale of PwC's global mobility services business.

The bumper payouts will underline the extent to which firms such as PwC have enjoyed a financially stellar pandemic, with its consulting arm buoyed by government and private sector client demand.

They will also come at a sensitive time, given recent calls by the governor of the Bank of England and ministers for private sector bosses to exercise pay restraint amid rampant inflation.

PwC insiders pointed to the fact that the fruits of its impressive performance were being shared broadly across the firm, with more than £120m being invested in 9% pay rises for thousands of staff, as well as £138m in bonuses.

Partners were told this week that while profit-per-partner had surged to £920,000, it was likely to slip back to approximately £900,000 in the current financial year as a result of increased investment in PwC's people and technology.

In a statement in response to an enquiry from Sky News, Kevin Ellis, PwC's UK chair and senior partner, said: "Our business is in a strong place thanks to the breadth of our services and clients, the skills of our people, and the investments we've made.

"It has been an exceptional year, but we can't take this for granted.

"With economic headwinds facing all businesses including rising costs and the tightness of the labour market, we have to shore up with further investment, particularly in people, skills and technology.

"These investments are likely to reduce our profit per partner next year but given the expected boost to financial performance over the medium to longer term, it's right that we make these investments now."

Mr Ellis added that PwC had recruited more than 2000 UK school-leavers and graduates during the last financial year.

The separate windfalls from the mobility sale followed a $2.2bn deal with the private equity firm Clayton Dubilier & Rice that completed in April.

In total, PwC UK was allocated roughly £100m of the proceeds to pay out to partners and invest in its operations.

The record partner pay at PwC is likely to be announced when its audited financial results are published in the autumn.

They will come ahead of a radical shake-up of the way auditors are regulated in Britain, while a wider debate takes place about the future structure of the big four firms which dominate the profession.

That debate has been sparked by EY's plan to formally separate its audit and consulting arms, with UK-based partners at the firm being briefed on further details of its proposals this week.
Add Comment