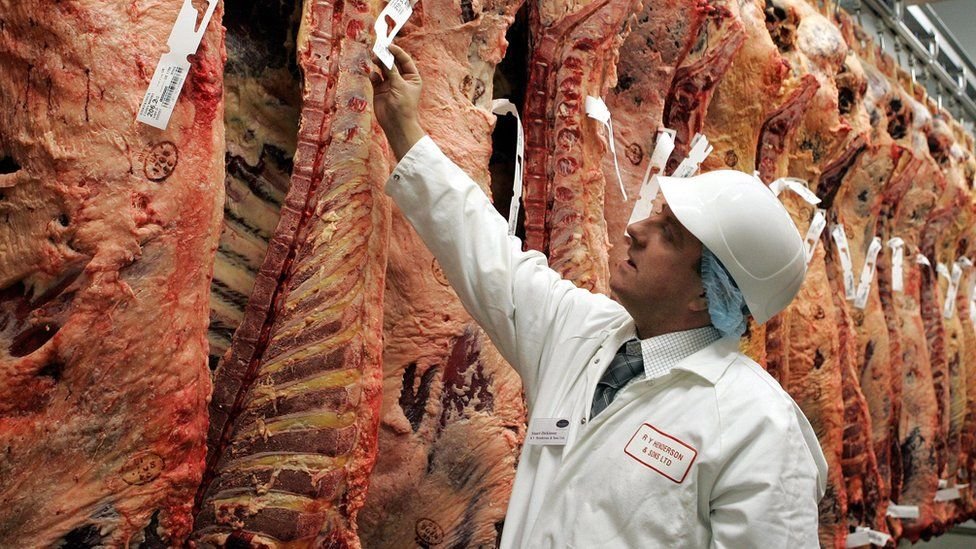 The British Meat Processor Association said even experienced exporters were struggling with the system.

It said meat exports to the EU were 25% of normal levels for this time of year.

One large French meat importer told the BBC that he and his competitors were starting to look at alternative suppliers in Spain and Ireland.

Nick Allen, chief executive of the British Meat Processor Association, said: "Fundamentally, this is not a system that was designed for a 24/7, just-in-time supply chain.

"The export health certification process was designed for moving containers of frozen meat around the world where you have a bit of leeway on time.

"No matter how much better we get at filling in the forms, it's really not fit for purpose. This is going back to the dark ages in terms of a process really, in this digital age."

He added "It's going to be a problem for quite a time until we move forward and hopefully get a better digital system in place and can make it work a bit better, but until then, we've got to put up with all this paperwork and lorries arriving in Ireland with box files full of paper."

Rizvan Khalid, a lamb exporter based in Shropshire, cannot afford to get the paperwork wrong.

His company, Euro Quality Lambs, exports 70% of its meat to the EU, including France, Germany, Belgium and Portugal. He says what was once a once well-oiled machine now has a spanner in it. 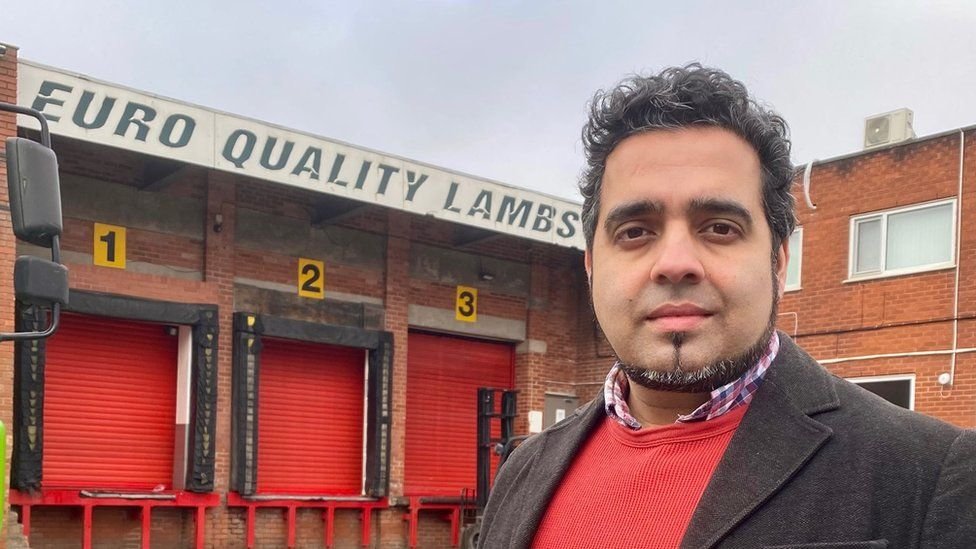 "What used to take us 15 minutes is now taking us three or four hours on average before we can get the paperwork completed for one particular load," he says.

"It's taking them [on the French side] up to six hours to go through the health certificates, to open up the lorry and check the goods.

"All of that is adding time and costs. It's now an extra day before our product gets into the markets of Paris."

Meanwhile, some buyers in the EU are losing patience and are beginning to consider other options.

Francis Ochoa's meat company, Fory Viandes, is based in one of the world's biggest fresh produce markets - the Rungis market, south of Paris.

"The delays and extra costs mean me and my competitors in the market are obliged to start looking for other solutions," he says.

"One of the solutions unfortunately is to try produce from other countries, Spain for instance. Some of our competitors are ordering lambs from Ireland instead of the UK, so the consequences for UK meat and UK lambs could be disastrous."

Down at the international freight checkpoint in Ashford, near the entrance to the Eurotunnel, customs consultant Steve Cocks gave a downbeat assessment.

"The temporary border post lorry park is full, roads are being closed off and lorries are being sent back to the Covid testing site to hold them there," he said.

"Last week wasn't much to write home about as it was very quiet, but volumes are building and it's just going to get worse. Exports are grinding to a halt and that will affect imports, but if you are a haulier. you don't want to get a lorry stuck on this side of the Channel."

After decades of friction-free trade, there are bound to be teething problems. Indeed, the government predicted that there would be "significant additional disruption" as traders, officials and customers became accustomed to new procedures.

However, some things cannot "bed in" and will become permanent features. HMRC estimates the additional cost to UK business of bog-standard customs declarations alone at £7bn.

When buyers and sellers want to trade, they will find a way, but significant additional cost and complexity is here to stay.