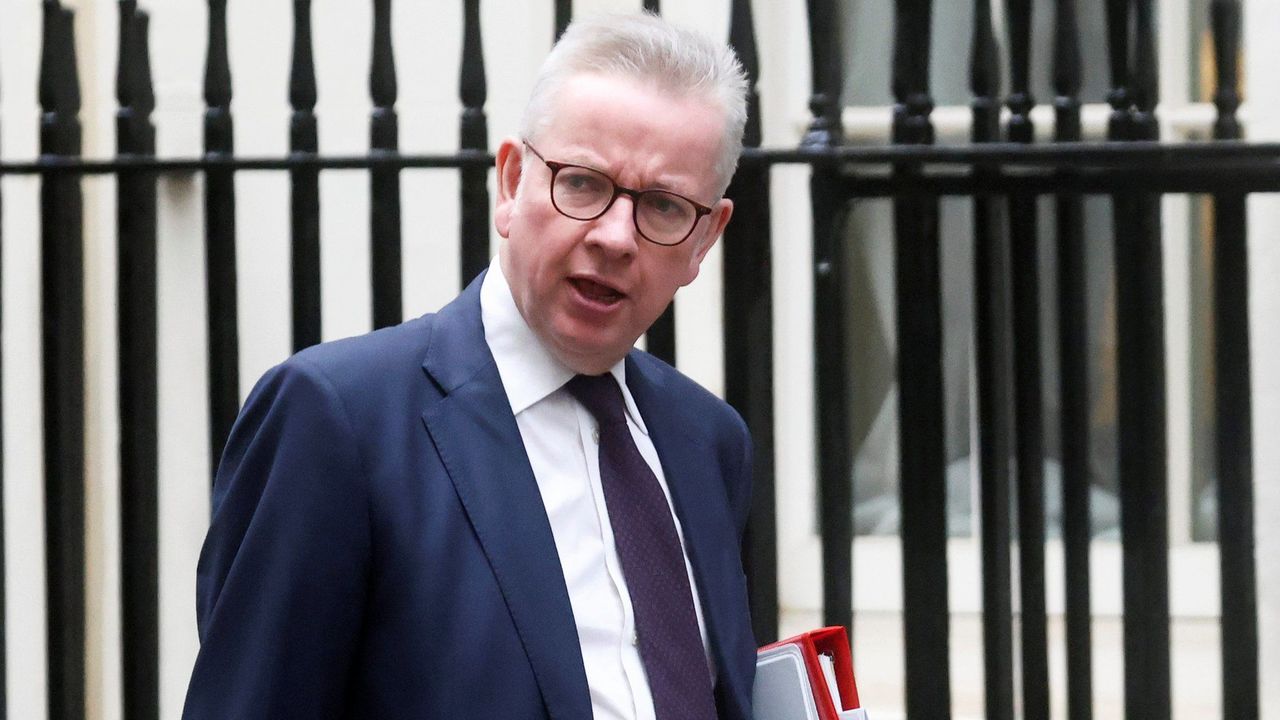 Downing Street has condemned a group of demonstrators who confronted Michael Gove in the street outside his department.

A No 10 spokesman said "threatening and abusive language cannot be tolerated".

The Metropolitan Police said no arrests were made, but it would be reviewing the footage that has been posted online.

The force added that the incident occurred during a protest march its officers had been escorting through Westminster.

A No 10 spokesman said: "It is unacceptable for those who disagree to target individuals. Their behaviour is abhorrent."

"We expect the police to take this behaviour seriously."

The Met tweeted: "We're aware of a protest in Westminster today which is marching to a number of locations.

"During this protest, a group attempted to surround a member of Parliament on Horseferry Road.

"Our officers were immediately on scene where they safely escorted him to a nearby building.

"There were no arrests. We know there is footage circulating online of this incident, we will review this and our officers body worn video to see if any offences occurred."

Afterwards, Mr Gove tweeted to thank the Met police for their "swift reaction", adding: "I'm grateful to their officers for their thoughtfulness."

The incident comes amid heightened concern over the security of MPs, after Conservative MP Sir David Amess was stabbed to death in his Essex constituency last week.

A Home Office review into MPs' security arrangements launched after his death is due to conclude in the coming days.