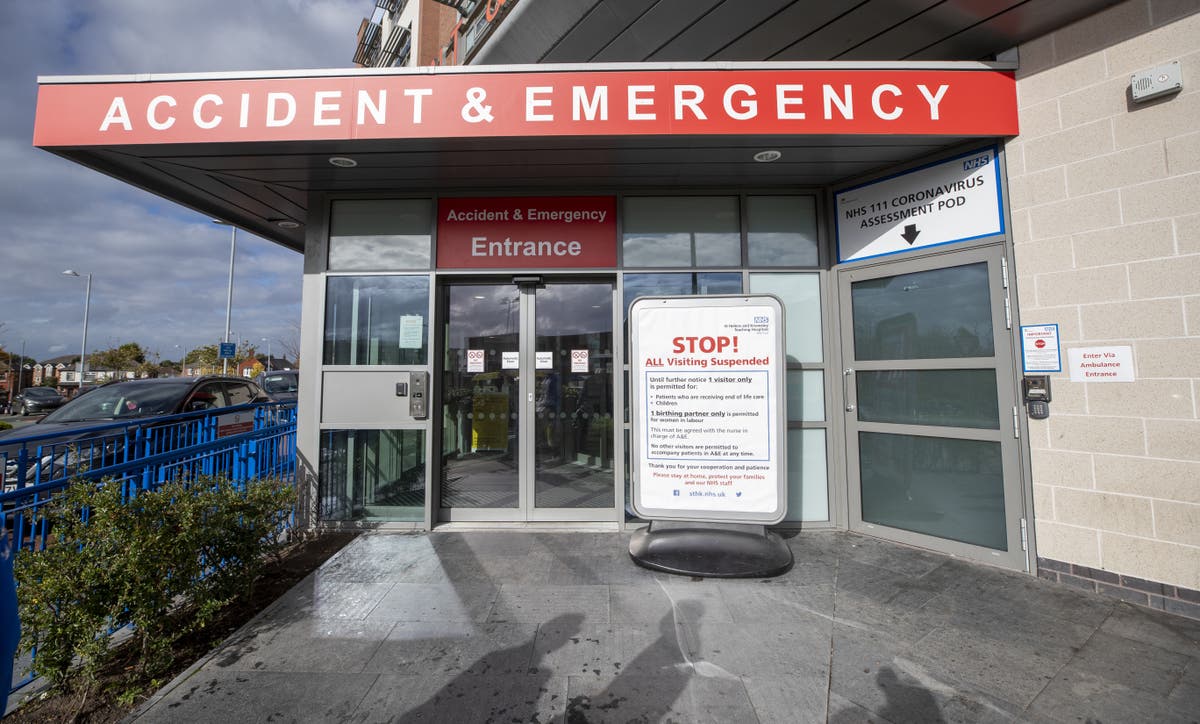 Medics in A&E are going off shift and returning 12 hours later to find the same patients still waiting to be admitted as the NHS is overwhelmed, a hospital chief has revealed.
One senior casualty doctor told how he was reduced close to tears on Wednesday as he “apologised to patients for the standards of care”.

Hospital chiefs are now braced for even more pressure in coming days from “pent up” demand for healthcare after the nurses and ambulance crew strikes this week.

A North West hospital chief told the Health Service Journal: “A&Es so busy this week we’ve had staff go home after their shift...come back 12 hours later, and they see the same set of patients in the department, still waiting to be admitted...

“I can’t tell you how demoralising that is.”

Dr Rob Galloway, who works at the Brighton and Sussex University NHS Trust, tweeted on Wednesday: “Tonight, I’ve come close to tears whilst apologising to patients for the standards of care we are able to provide.

“In my 22 years of being an A&E Dr, I’ve never seen things so bad. It’s the same everywhere.

Saffron Cordery, interim chief executive of NHS Providers which represents hospital trusts, warned that the health service, already under huge pressure from flu, Covid and Strep A, was in for a “challenging time over the next couple of days.”

She told BBC Breakfast: “After this kind of strike action, after something like a Bank Holiday, in the NHS, we know that there is a lot of pent up demand.

“So although, yesterday, with the ambulance service strikes, perhaps, the demand was down, what we are going to see now is demand really rising.

“Emergency departments particularly are going to feel the strain in those areas where there were strikes.”

With the threat of more walkouts in the NHS, transport and other sectors, junior minister Mark Spencer appealed to striking workers to “come off the picket line, to come back to work”.

“There are lots of people working in the private sector who are also under huge pressure given the impact of the pandemic and Putin’s war.

“They’re also feeling pressure and pain. They’re also seeing increased bills. They can’t afford to see their taxes go up or their costs go up just like everyone else.”

However, while average pay rises in the public sector are under three per cent, they are nearly seven per cent in the private sector.

The Government has struggled to explain why public sector workers should bear more of the burden to avoid an inflation spiral.

Ministers, though, have stressed that big pay rises for public sector workers will cost billions which would have to be found from higher taxes, more borrowing, or cuts to services.

Amid claims that the pay review process for next year could be fast-tracked, Mr Spencer said: “I think the answer first of all is to come off the picket line, to get back to work.

“The pay review body is an annual process, of course that will happen again as we move into next year, but we need to accept this year, and then of course next year’s pay review body will take into account the inflation that we’ve seen over the last 12 months which is squeezing everybody, not just those who are working in the public sector.”

However, unions have slammed Health Secretary Steve Barclay for not agreeing to talks on pay for this year, accusing the Government of “recklessly putting lives at risk by refusing to negotiate”.

Polls suggest public support for the striking NHS staff remains stronger than for other sectors such as rail workers.
#Covid
Add Comment