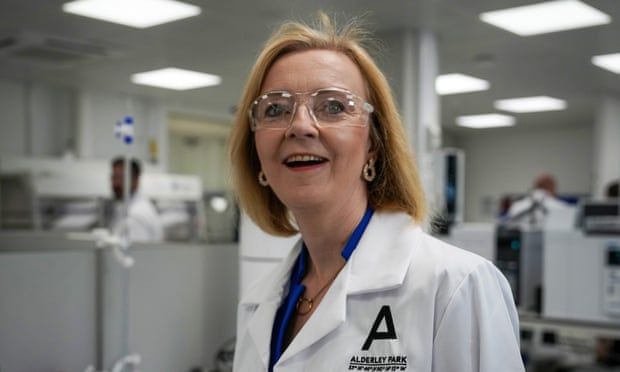 Liz Truss has denied she is ruling out providing extra help with energy bills beyond tax cuts, as the frontrunner for the Conservative leadership embarked on what appeared to be the beginnings of a U-turn on the issue.

Truss’s comments, made to reporters in Manchester, brought a scathing response from Rishi Sunak’s campaign, with a source saying her approach would be “laughable were it not so serious”, another sign of the increasing bitterness between the two camps.

On Tuesday, Truss had appeared to double down on her insistence that she could only offer help through reversing the recent rise to national insurance and temporarily suspending green levies, the latter of which make up about £150 of the average annual energy bill, which is forecast to exceed £4,200 next year. 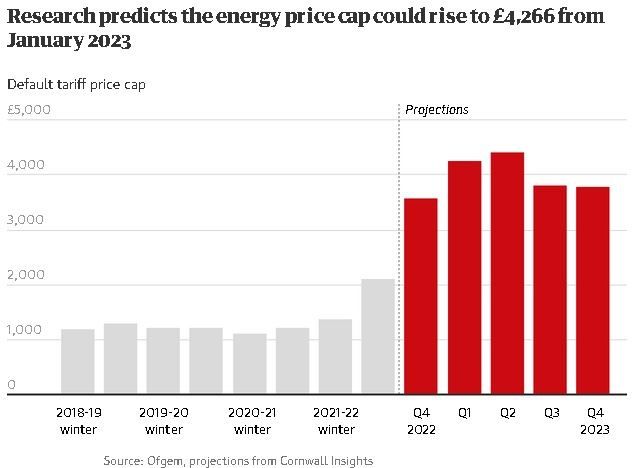 But asked in Manchester if she was ruling out any form of grant to help with energy bills, Truss replied: “That’s not what I said.”

She added: “What I said is my priority is making sure we’re not taking money off people and then giving it back to them later on. I believe in people keeping their own money and I believe in a low-tax economy.

“What’s wrong is taking money from people in taxes and then giving back to them in benefits. That’s Gordon Brown-style economics and I don’t support that.”

Truss reiterated her preference for tax cuts, which disproportionately benefit the rich and will not assist pensioners or those without work: “My priority is not taking money from people and then giving it back to them later on. I believe in keeping their own money, and I believe in a low-tax economy. That’s the way we’re going to drive growth.

“I’m not going to announce the contents of a budget in the future at this stage in August, but I can assure people I will do all I can to make sure that energy is affordable and that we get through this winter.”

Referring to Truss’s frequent description of her Leeds upbringing, a source in the Sunak campaign said: “Can the straight-talking Yorkshire woman call a U-turn a U-turn? It would be laughable were it not so serious – millions of people losing sleep at night wondering how they will cope with bills of £4,000. She’s not acting in the national interest.”

In another sign of an apparent shift in emphasis after days of predictions that Truss, as the likely next prime minister, would need to address anxieties about energy bills, one of her key allies said she would look at a full cost of living package once in office.

Simon Clarke, the chief secretary to the Treasury, said Boris Johnson’s government was “working up a package of cost of living support that the next prime minister can consider when they take office”.

In a Twitter thread, he said: “It is absolutely right to consider these options in the round when the new prime minister has taken office – rather than announce new uncosted policies, without sight of all the details of the pressures people could face, during a leadership election.”

Earlier, the Sunak campaign had called Truss’s economic approach “clear as mud” after James Cleverly, the education secretary and a leading Truss supporter, said she would “look at” other measures to help people with bills, a first sign of the apparent change of tack.

Also on Wednesday, the former Tory leader Michael Howard said he agreed with Dominic Raab, the Sunak-backing justice secretary and deputy prime minister, who said not to give more assistance with energy bills would be “an electoral suicide note” for the Conservatives.

Howard, now a Tory peer, told BBC Radio 4’s Today programme: “We can only hope to win the next election if inflation is under control, borrowing is under control and interest rates are coming down.

“Rishi Sunak is the only candidate whose policies have any chance of delivering that outcome.

“I really do agree with Dominic Raab that the method that Liz Truss is proposing would be suicidal. We’ve seen it before in the 1970s. It led to a recession and the Labour government, and I didn’t want to see it again.”

Truss on help with energy bills in her own words

5 August, interview with the Financial Times:

“Of course I will look at what more can be done. But the way I would do things is in a Conservative way of lowering the tax burden, not giving out handouts.”

9 August, to reporters in Huddersfield:

Asked if she would help with energy bills, she said: “What I’m promising is that from day one, people will have lower taxes. They will also have lower energy bills, because I’m going to put a temporary moratorium on the green energy levy. But what we need is a growing economy.”

9 August, at an evening hustings in Darlington:

“The first thing we should do as Conservatives is help people have more of their own money. What I don’t support is taking money off people in tax and then giving it back to them in handouts. That to me is Gordon Brown economics.”

10 August, to reporters in Manchester:

Asked if she was ruling out help beyond tax cuts: “That’s not what I said. What I said is my priority is making sure we’re not taking money off people and then giving it back to them later on. I believe in people keeping their own money and I believe in a low-tax economy.”