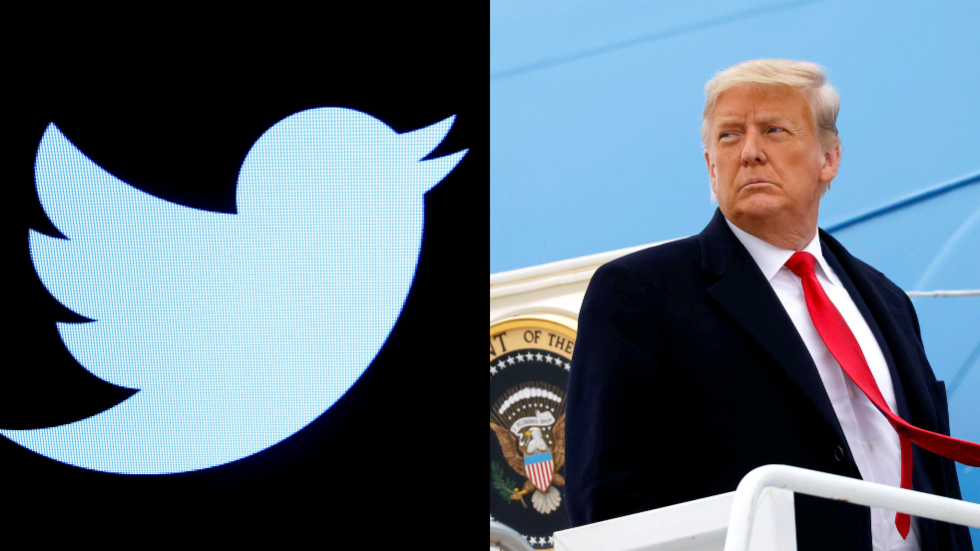 “Our policies don’t allow people to come back,” Segal stated.

Trump was banned from Twitter and a host of other social media platforms in January, after he addressed a crowd of supporters in Washington, DC who went on to force their way inside the US Capitol. Trump had told the supporters to protest “peacefully and patriotically,” but Twitter took offence at a pair of tweets he issued two days later, in which he praised the “American Patriots who voted for me,” and declared he would not be going to Joe Biden’s inauguration.

According to Twitter, these tweets “were highly likely to encourage and inspire people to replicate the criminal acts that took place at the US. Capitol on January 6, 2021,” and Trump’s account was suspended “due to the risk of further incitement of violence.”

The suspension was criticized heavily by the former president’s supporters, and by free speech advocates.

A poll last week found that 45 percent of Republican voters would support a run for the presidency by Trump in 2024, down from 65 percent in December. However, Trump will first have to be acquitted by the Senate in the ongoing impeachment trial against him to avoid being barred from office. Furthermore, without his social media megaphone, Trump would be denied one of his favorite and most effective means of communication.
#Donald Trump  #Joe Biden
Add Comment