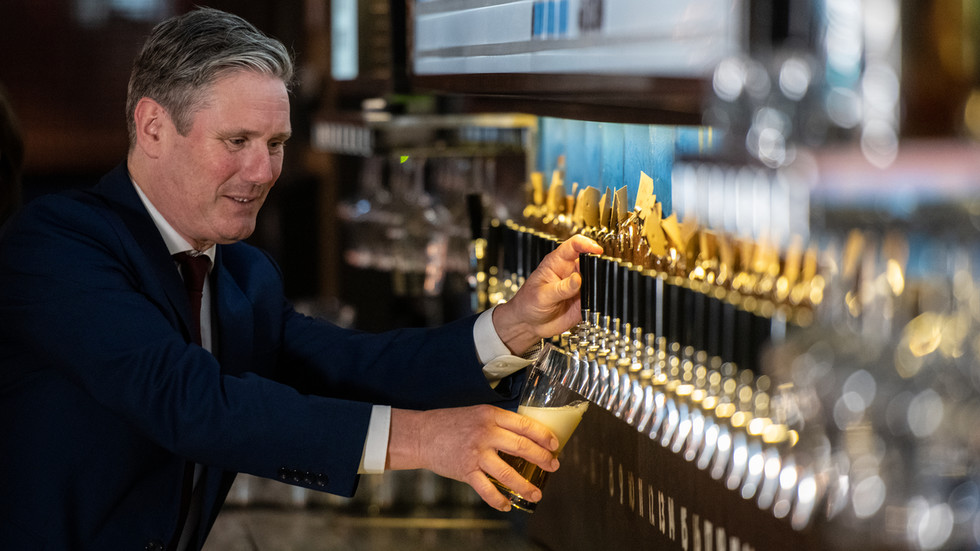 Keir Starmer insists he did nothing wrong when he was meeting colleagues for drinks
The leader of the UK’s Labour Party has refused to apologize over images of him drinking with colleagues amid Covid-19 restrictions after he called on Prime Minister Boris Johnson to resign over a similar scandal.

Speaking to LBC on Monday, Keir Starmer dismissed calls for him to apologize over an incident in which he allegedly broke lockdown rules in May 2021. In the picture, which had surfaced in the past, Starmer can be seen having a drink in an office with colleagues.

The controversy comes after Starmer called on Prime Minister Boris Johnson last week to resign over images of him sitting in the Downing Street garden with colleagues, one of several alleged lockdown breaches. Starmer has since been dubbed a hypocrite, and senior Tories, including Education Secretary Nadhim Zahawi have demanded he apologize.

“I think it’s very straightforward. It was a very busy time; it was three or four days before the local elections. We were working in the office, and a takeaway turned up and we stopped and we ate it,” Starmer told LBC, responding to his critics.

The Labour leader then suggested his alleged misdemeanor was not as bad as those committed by the government, noting two Downing Street parties “the night before Prince Philip’s funeral with suitcases of wine” – the prime minister is not believed to have been at these events.

“I understand what’s going on here which is exactly what happened with Owen Paterson,” Starmer said, referencing a Tory MP who resigned following a sleaze scandal last year.

“There comes a time when the Tories try to take everyone into the gutter with them. We did nothing wrong,” he concluded.
#Boris Johnson  #COVID-19  #Johnson  #Covid
Add Comment