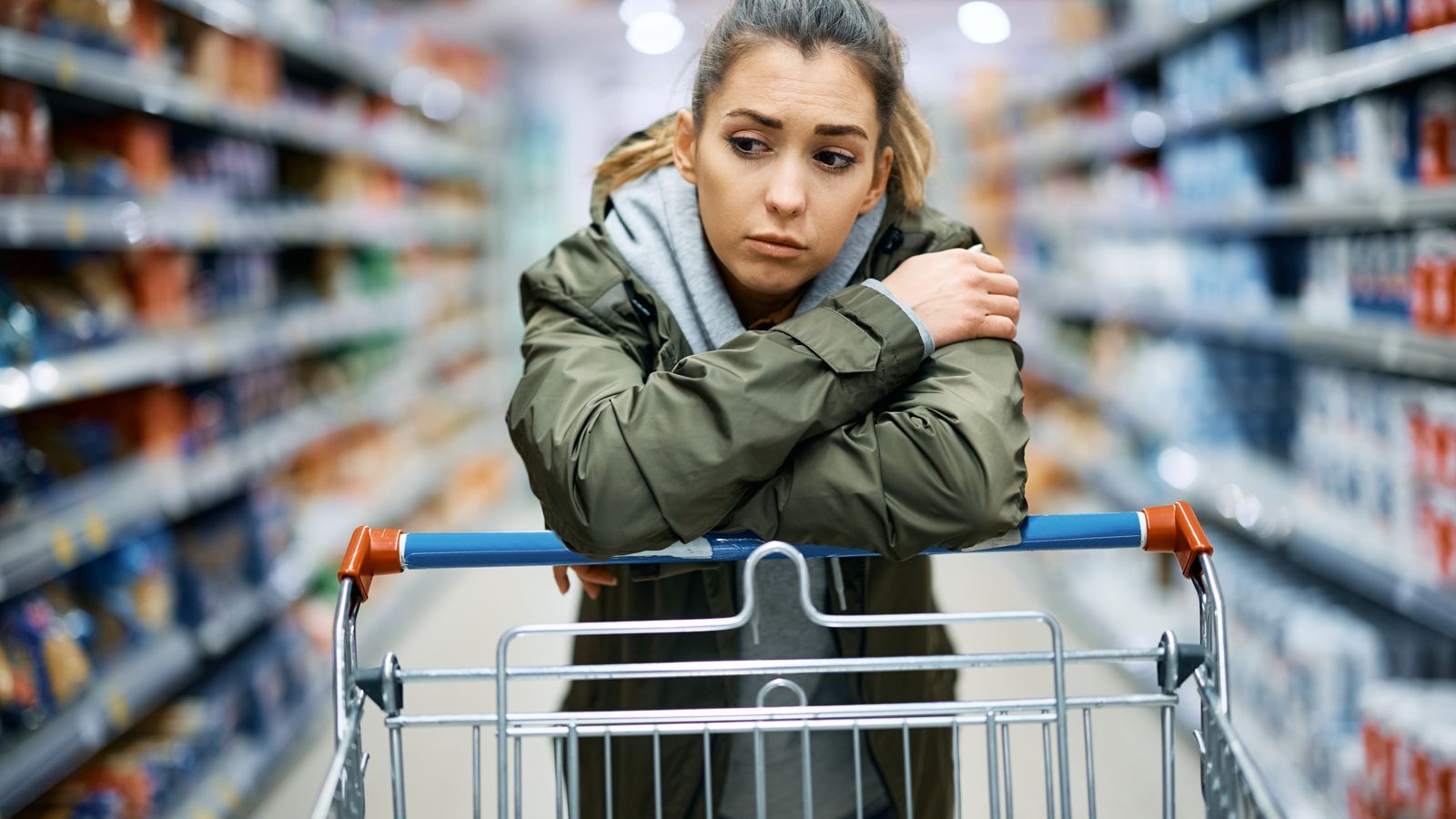 Increasing food costs were the biggest driver of the latest hike, according to the Office for National Statistics, with annual inflation for these items now running at 12.7%, up from 9.8% in June, fuelled largely by price rises for basics such as bread, milk, cheese and eggs.

Britain's rate of inflation has surged to a fresh 40-year high, heaping yet more pain on cash-strapped households as the cost of living crisis deepens.

The Consumer Prices Index (CPI) rose to 10.1% in the 12 months to July, up from 9.4% in June and remaining at the highest level since February 1982, the Office for National Statistics (ONS) said.

Increased food costs were the biggest driver of the latest hike, according to the ONS, with annual inflation for these items now running at 12.7%, up from 9.8% in June, fuelled largely by price rises for basics such as bread, milk, cheese and eggs. 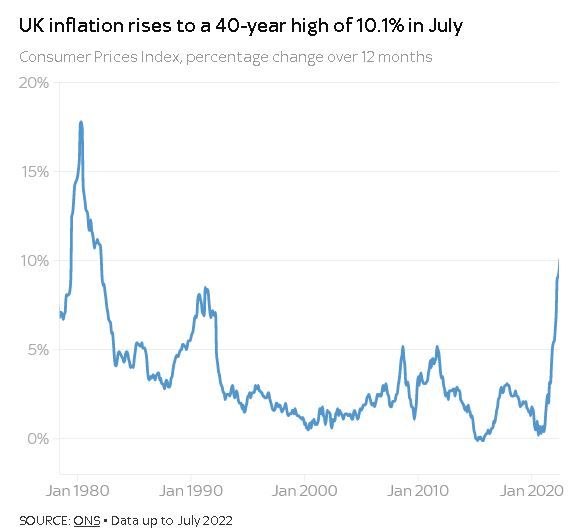 July's inflation rate is higher than the 9.8% figure expected by most economists and represents a further squeeze on people's pockets.

It comes after separate data released on Tuesday showed workers had suffered a record real-term wage slump in the face of spiralling prices.

Millions of public sector employees are expected to vote on strike action over pay this autumn in what could be the biggest wave of industrial action since the 1970s.

"Price rises in other staple items, such as pet food, toilet rolls, toothbrushes and deodorants also pushed up inflation in July.

"Driven by higher demand, the price for package holidays rose, after falling at the same time last year, while air fares also increased.

"The cost of both raw materials and goods leaving factories continued to rise, driven by the price of metals and food respectively."

The inflation figure will ramp up pressure on the government to take further action to tackle the cost of living crunch as the Tory leadership contest continues.

Boris Johnson's spokesperson has said no further interventions will be forthcoming before 5 September, when either Rishi Sunak or Liz Truss will become the new prime minister.

This is despite Labour leader Sir Keir Starmer having put forward his own "radical" package of measures he says would help families cope this winter.

Inflation is expected to fall back slightly in August, but according to estimates it could soar to 13.3% in October when the energy price cap rises again. 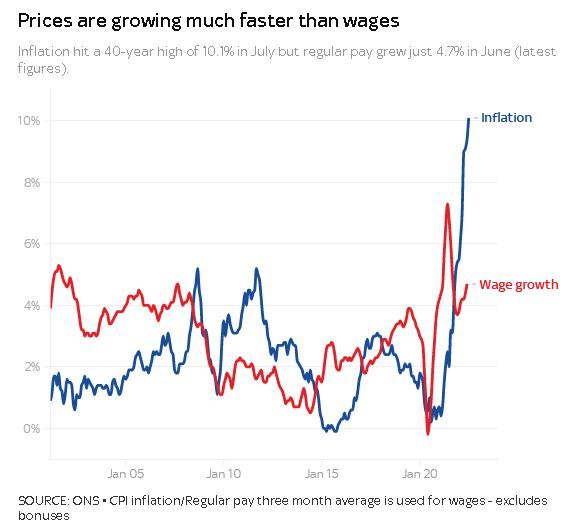 Responding to the latest hike in inflation, Chancellor Nadhim Zahawi said: "I understand that times are tough, and people are worried about increases in prices that countries around the world are facing.

"Although there are no easy solutions, we are helping where we can through a £37bn support package, with further payments for those on the lowest incomes, pensioners and the disabled, and £400 off energy bills for everyone in the coming months.

"Getting inflation under control is my top priority, and we are taking action through strong, independent monetary policy, responsible tax and spending decisions, and reforms to boost productivity and growth."

But his Labour counterpart Rachel Reeves stressed the need to "get a grip" on the crisis.

She said: "Labour's fully-costed plan to freeze the energy price cap will bring inflation down this winter, easing the burden on households and businesses.

"And it will mean that households won't pay a penny more for their energy bills this winter.

"People are worried sick and, while the Tories are busy fighting and ignoring the scale of this crisis, only Labour can give Britain the fresh start it needs." 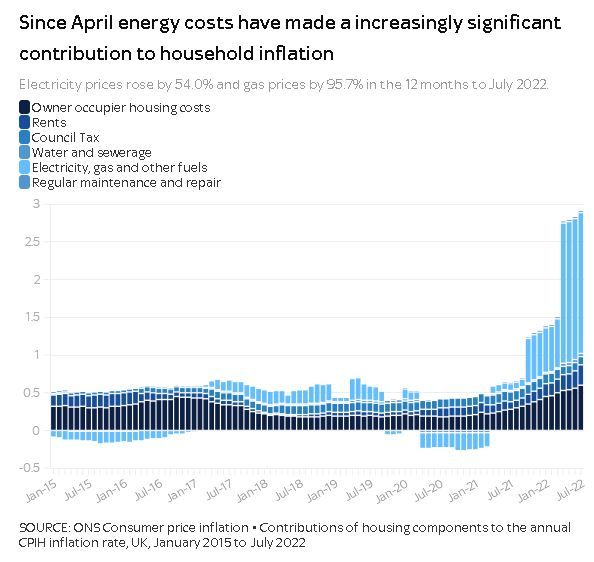 In the past this measure has been used to set the following year's increases for some train tickets in England.

But with inflation soaring, the UK government has said it will keep the 2023 rises below RPI, but has not said by how much.

The Consumer Prices Index including owner occupiers' housing costs (CPIH) rose by 8.8% in July, up from 8.2%.