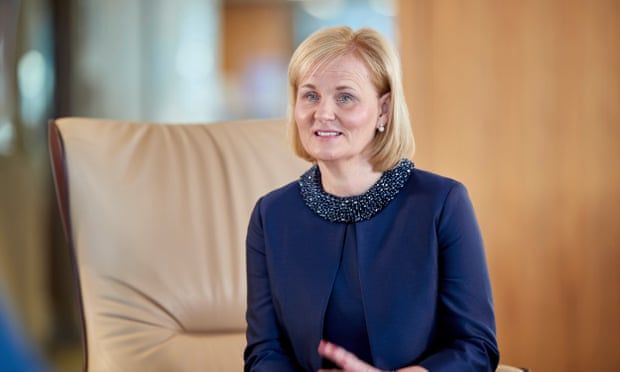 How long for UK gender pay gap to be bridged at top of finance? About 30 years

Amanda Blanc, who is also chief executive of the insurer Aviva, said women and business could not afford to wait that long to achieve equality.

The government’s women in finance charter was launched in 2016 as a voluntary agreement committing firms to gender diversity targets. More than 400 City institutions have signed up to it, including Aviva, the Bank of England, London Stock Exchange, the fund manager BlackRock, the banks Morgan Stanley, Santander and Monzo, and the building society Nationwide.

Research by the women in finance taskforce found the proportion of senior management among the 400 signatories who were female increased by just one percentage point between 2018 and 2020, from 31% to 32%. It calculated that at this rate, it would take the financial services industry another 30 years to achieve gender parity at senior levels.

Blanc, who has run Aviva since July 2020 and was appointed by the Treasury as the women in finance charter champion a year ago, said: “Progress towards gender equality in the financial sector remains frustratingly slow. Women, companies and society cannot afford to wait 30 years when we can achieve this in 10.

She unveiled a series of proposals to tackle the problem: mandating shortlists for senior positions with 50% female representation, greater use of psychometric testing in recruitment, removing male-biased recruitment advertising, creating diverse interview panels and mid-career returner programmes to help women move back into work.

Her other recommendations included: advertising all jobs as flexible, publishing bonus payments of all senior managers, formal sponsorship programmes for women at all levels, full-pay equal parental leave and benefits packages that support women at key life stages including menopause.

Blanc said senior female role models and zero-tolerance policies for harassment were crucial for improving culture and behaviour. She also recommended setting detailed annual gender representation targets for all parts of the organisation, a real-time dashboard to showcase progress against gender targets that is publicly available, and embedding gender parity targets into scorecards for all senior management linked to executives achieving gender parity targets.

This means that bonus payments should be linked to executives achieving gender parity targets.

The proposals, drawn up by the taskforce in partnership with the consultancy Bain & Company and published a day before International Women’s Day, are based on interviews with bosses of financial firms, academic research, and more than 100 responses to a survey of the charter’s signatories.

Nearly six out of 10 women (58%) say caring responsibilities have stopped them applying for promotion or a new job, and one in five (19%) have left a job because it was too hard to balance work and care, according to separate new research by market researcher Ipsos UK and Business in the Community.

While just over a third of all adults, and 44% of working adults, have caring responsibilities, the research found that they are not spread equally. Women account for 85% of sole carers for children and 65% of sole carers for older adults. More people from ethnic minority backgrounds (42%) have caring responsibilities than from white backgrounds.
Add Comment