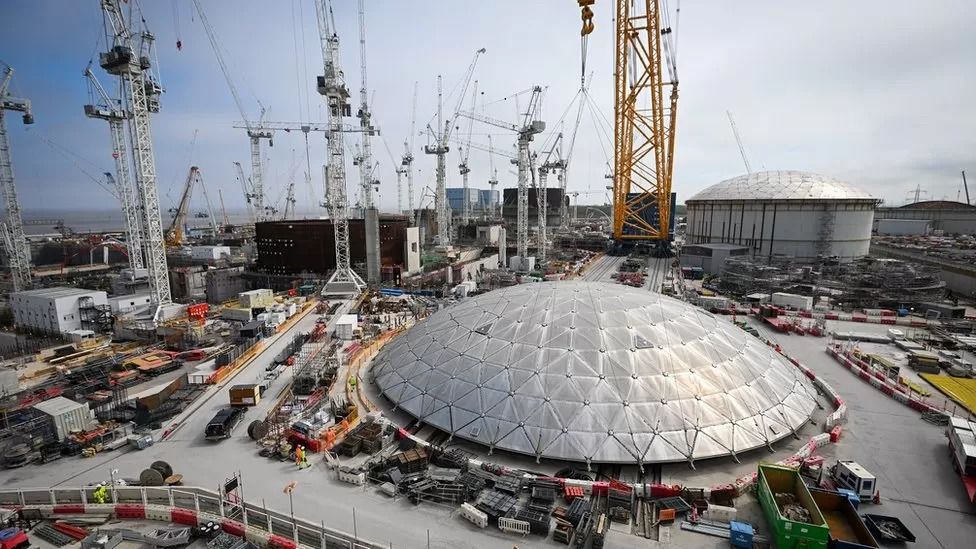 A construction worker has died while working at the Hinkley Point C nuclear power station site in Somerset.

EDF Energy confirmed the death of a man after emergency services were called to the site at about 08:30 GMT on Sunday.

Delivery director Nigel Cann said: "One of our team was involved in a fatal construction traffic incident."

Avon and Somerset Police said the man's next of kin have been informed and inquiries into the incident are ongoing.

Mr Cann said the circumstances surrounding the fatality will be investigated and that work at the site had been stood down.

He added: "We are very sad to confirm that one of our team was involved in a fatal construction traffic incident this morning during planned work activities.

"The incident is being investigated by the police and the Health and Safety Executive, and we will co-operate fully with the authorities.

"Work at the site has been stood down and we are offering support to colleagues affected by this tragic event. Our thoughts are with his family, friends and colleagues at this very difficult time." 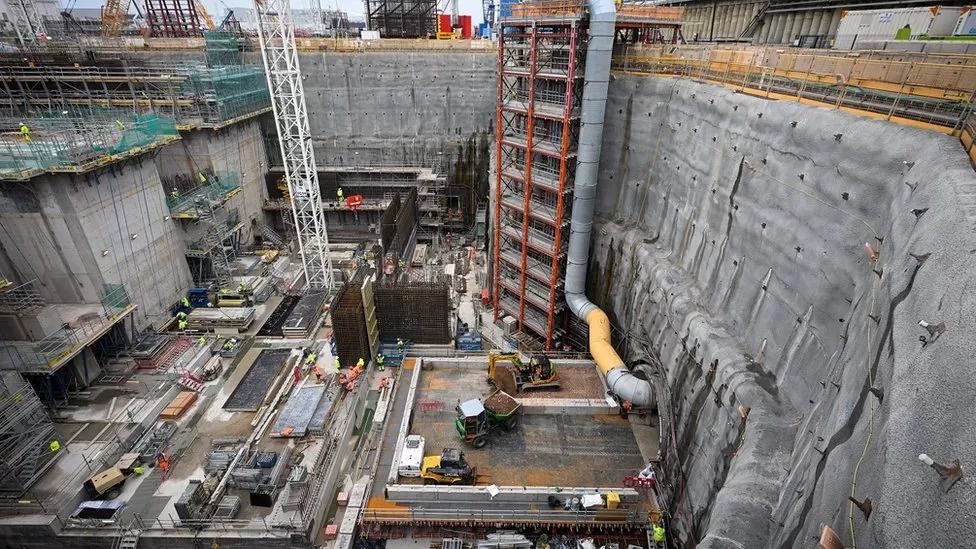 The power station, pictured here in May 2022, is due to start operating in June 2027
Avon and Somerset Police said emergency services attended Hinkley Point C around 08:30 GMT, following a report a man had been injured by machinery.

A police spokesperson said: "Sadly, despite the efforts of the ambulance service, the man died a short time later.

"His next of kin have been informed and are our thoughts are with them at this difficult time.

"We're liaising with the Health and Safety Executive and our enquiries into the incident are ongoing." 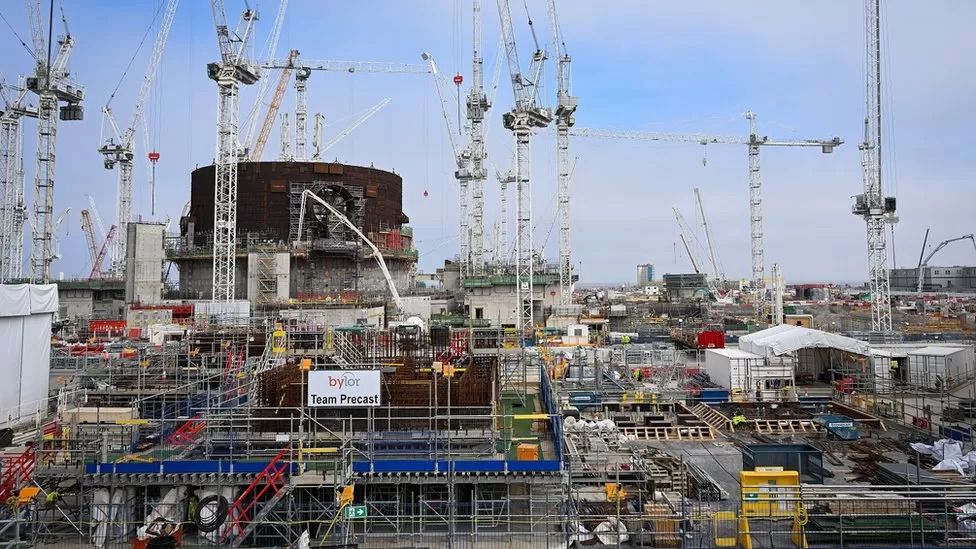 In May EDF said the nuclear power station will start operating a year later than planned and will cost an extra £3bn.

The revised operating date for the site is now June 2027 and total costs are estimated to be in the range of £25bn to £26bn.

EDF said it would have no cost impact on British consumers or taxpayers.

In March, the office for Nuclear Regulation (ONR) served Hinkley Point C a safety improvement notices after a worker fell from scaffolding.