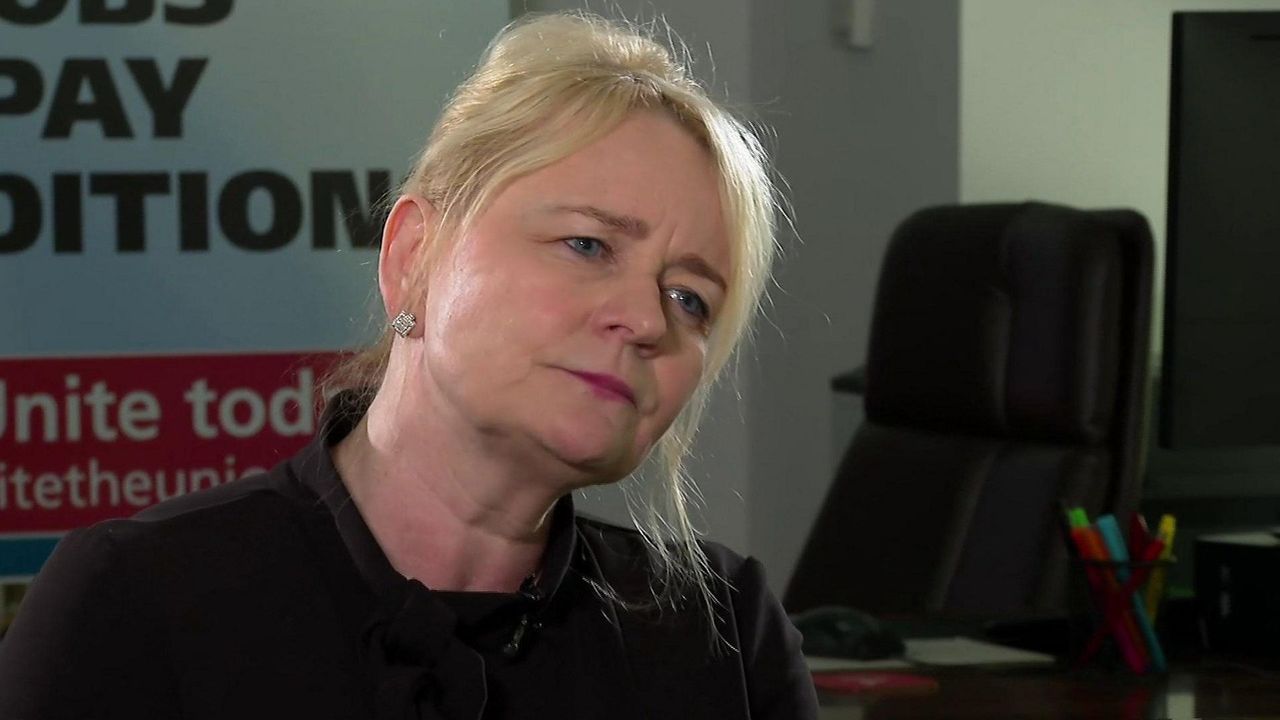 Give workers a piece of the pie - Unite union

The general secretary of the UK's biggest private sector union has called for companies to give workers "a piece of the pie" when it comes to wages.

Sharon Graham from Unite said there could be hundreds of disputes involving tens of thousands of people and she believes employers making a profit from workers should pay them a "proper fair wage".