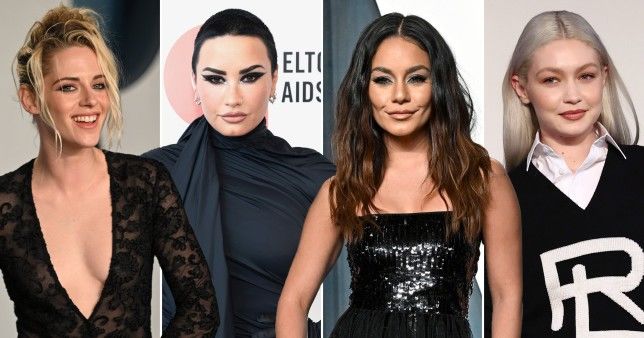 Vanessa Hudgens made the surprising revelation this week that she can, erm… talk to dead people.

The High School Musical alum, 33, is best known for her singing, dancing and acting on both stage and screen, but she has another ‘gift’ in that she can ‘see and hear things.’

It is a skill she acquired as a youngster and Vanessa is now embracing being able to communicate with spirits.

In an appearance on Kelly Clarkson’s talk show, she said she’s had ‘a lot of experiences with ghosts’ over the years, and it’s now something she’s ‘accepted.’

So, that got us thinking, how many other celebrities can talk to the unknown? Well, quite a lot, actually.

From Gigi Hadid to Matthew McConaughey, turns out there’s a whole load of famous figures with paranormal connections. 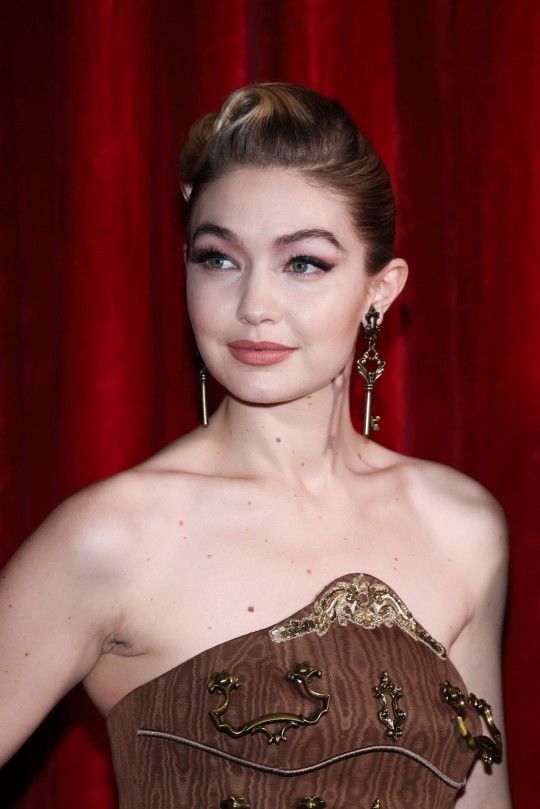 Gigi and sister Bella actually made friends with the ghost lady

Just like Vanessa, model Gigi Hadid says she’s had ‘a lot of unexplainable experiences with the supernatural.’

The runway star Vogue: ‘When we were kids, we lived in this really old house, and I was given the attic as my room. We used to hear this weird sound in the closet, and then we asked my dad, and he said this old lady used to live in the house.’

Unusually, Gigi and her family made friends with the unknown entity, after becoming convinced that she was real. 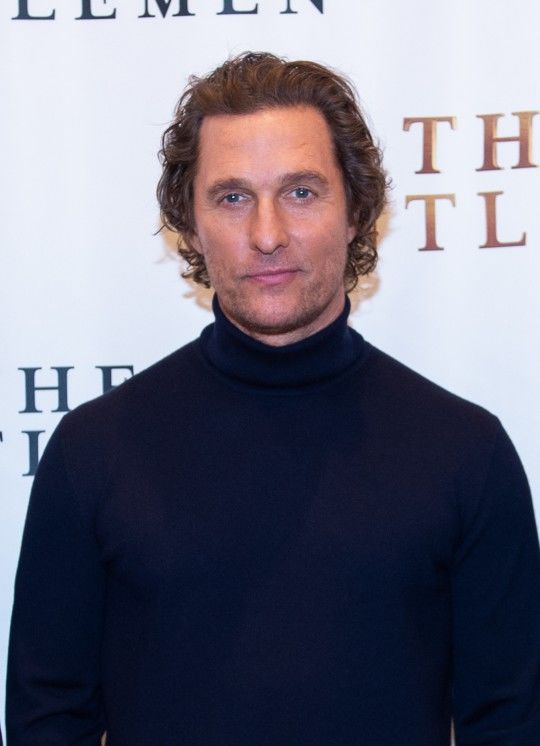 The actor had a visitor in his house in Hollywood

Actor Matthew McConaughey had a ghostly encounter while doing press for his movie Ghosts of Girlfriends Past – would you believe it?

He previously said that his home in Hollywood was haunted by a spirit named Madame Bleu who he was absolutely certain was real.

‘I was not even under the influence and she was there. She wasn’t that happy, it didn’t seem like she was going to be much fun to hang around or have in my house, so I went ahead and stood my ground,’ he shared.

‘You can move around all you want but I’m not going anywhere,’ he bravely told her, encouraging guests to say the same thing, since anyone who visited his house noticed ‘someone down the hall.’

Madame Bleu eventually left and probably took the hint that she wasn’t welcome.

Matthew’s guests actually ended up loving what used to be her favourite room in his house. 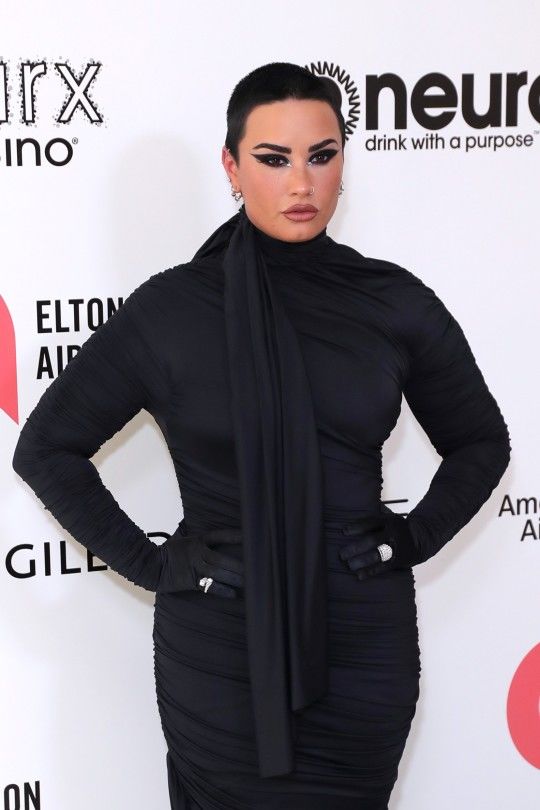 Demi was so intrigued by spirits, they had their own TV show

Demi Lovato has spoken at length about their dealings with the supernatural.

The Cool For The Summer hitmaker even had their own ghost hunting show, titled Unidentified with Demi Lovato, which aired on Peacock and followed the singer on a road trip as they sought answers to big questions about extraterrestrial life.

During one episode, Demi – who was joined by both alien experts and sceptical friends – felt a ghostly presence, which only appeared to communicate while any men were out of the room.

Identifying the root of the issue, Demi said the ghost has ‘trauma,’ which is why she ‘doesn’t like men.’

The same episode also saw the ghost serenaded by the musician, who sang their hit song Skyscraper to her (no, we’re so not jealous that a ghost has been to a Demi Lovato concert before we have).

As they belted out the tune the noise levels rose on their electromagnetic field detector (EMF), which the group decided was a ‘standing ovation.’ 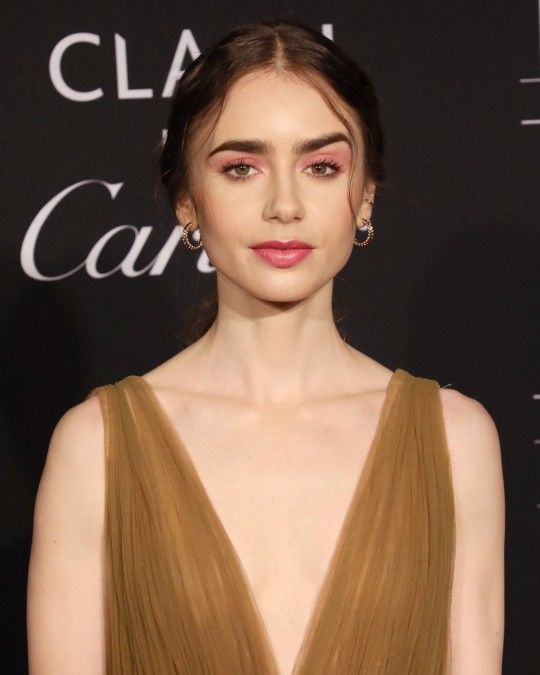 The Emily in Paris actress believes the encounters she had with spirits were friendly, since they were victims of Ted Bundy’s offering support.

While Lily filmed Extremely Wicked, Shockingly Evil and Vile – in which she plays the serial killer’s ex girlfriend Elizabeth Kloepfer – Lily said she was ‘woken up by flashes of images, like the aftermath of a struggle’ every night at 3:05am.

‘I discovered that 3am is the time when the veil between the realms is the thinnest and one can be visited,’ she told The Guardian, admitting that she ‘didn’t feel scared.’

‘I felt supported. I felt like people were saying, “We’re here listening. We’re here to support. Thank you for telling the story”.’ 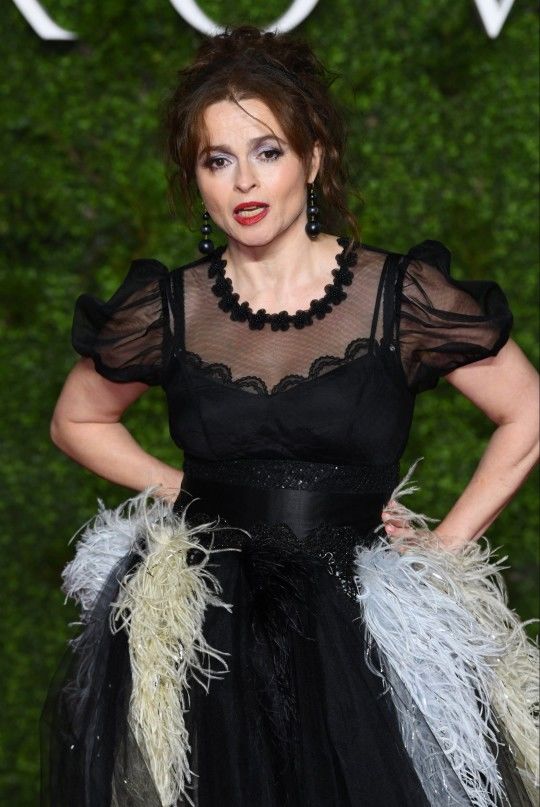 Helena Bonham Carter took on the role of Princess Margaret in season 3 of The Crown, during which she actually contacted the late royal herself via a psychic medium.

She told The Guardian: ‘My main thing when you play someone who is real, you kind of want their blessing because you have a responsibility.’

Apparently, the princess told Helena she was ‘glad’ it was her playing the role and said, ‘You’re better than the other actress,’ without naming exactly who that was.

‘That made me think maybe she is here, because that is a classic Margaret thing to say. She was really good at complimenting you and putting you down at the same time,’ Helena added.

During their conversation with Queen Elizabeth’s younger sister, Helena was also apparently given advice on how to play the part most accurately.

Princess Margaret told her to ‘get the smoking right’ since she ‘smoked in a very particular way.’ 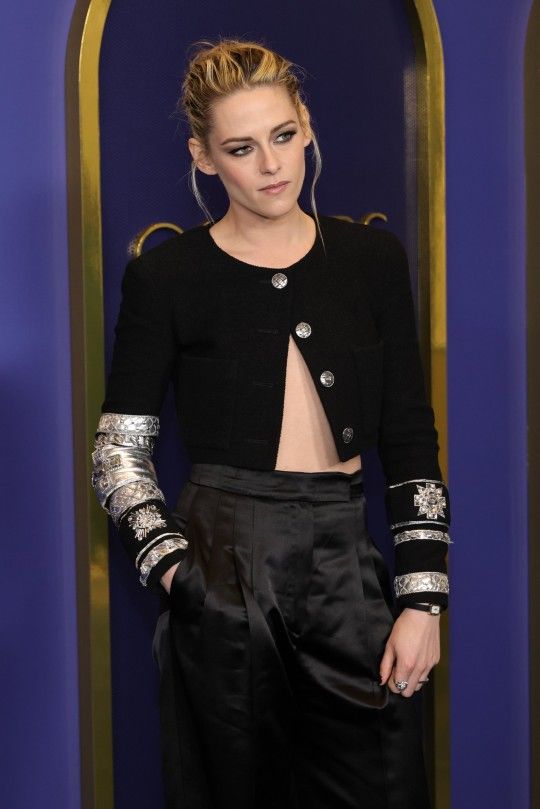 The Twilight star revealed to Vanity Fair in 2019 that she talks to ghosts.

‘If I’m in a weird, small town, making a movie, and I’m in a strange apartment, I will literally be like, “No, please, I cannot deal. Anyone else, but it cannot be me”,’ she shared.

‘Who knows what ghosts are, but there is an energy that I’m really sensitive to.’

Kristen added that it’s not just dead people she feels that strong connection to, but also living people.

‘People stain rooms all the time.’ 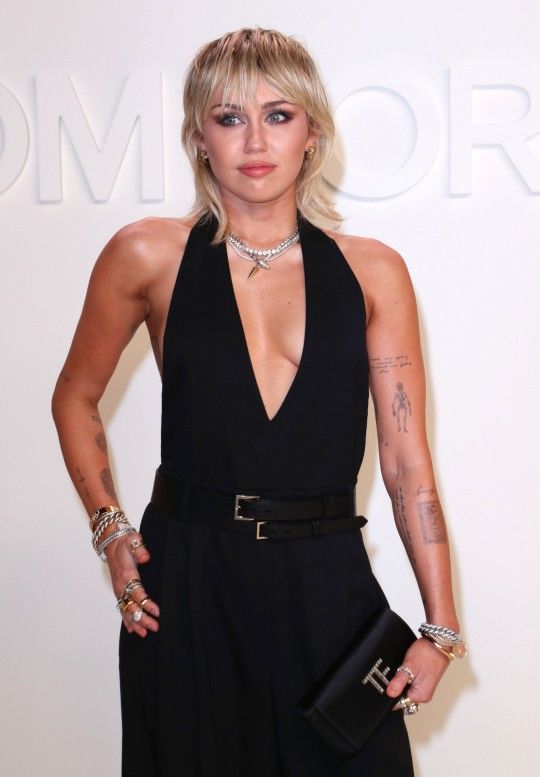 Miley Cyrus had quite the traumatic ghostly experience while renting an apartment in London.

She detailed the frightening ordeal in a chat with Elle UK, saying she was already having ‘really crazy dreams’ before the ‘terrifying’ encounter.

‘One night my little sister – it sounds crazy to tell you – but she was standing in the shower and all of a sudden I hear her scream. I run in there and the water had somehow flipped to hot but it was still… It wasn’t like the water had just changed, the knob had turned but she hadn’t turned it and it was burning her,’ she shared.

While her sister went ‘really red,’ Miley also thought she had ‘seen a little boy sitting on the sink’ watching her.

She added that it wasn’t just her who had unusual encounters, but her mum, auntie, and then-fiancé Liam Hemsworth all had ‘crazy experiences’ in the flat after that.

It won’t surprise you to learn she found somewhere else to stay.