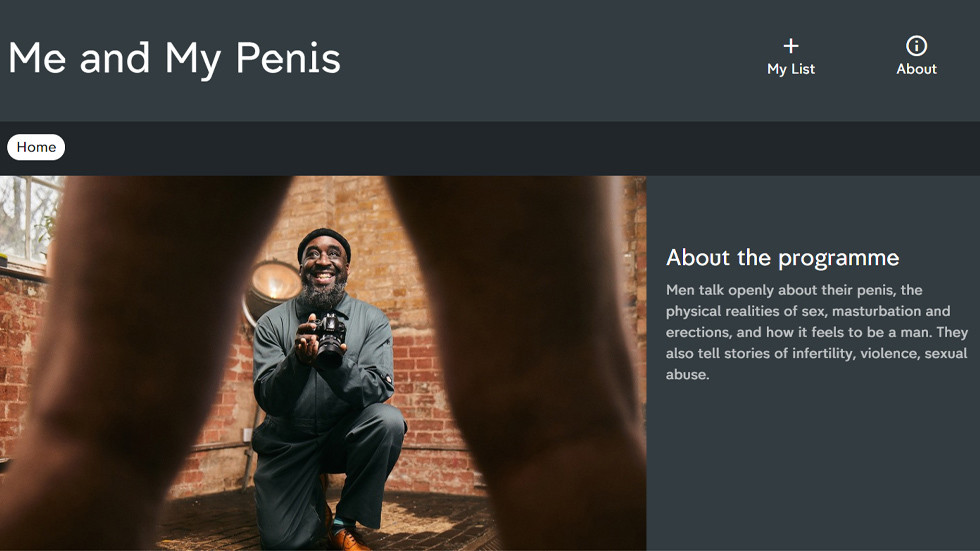 The UK’s Channel 4 is to air a “taboo-shattering” documentary featuring close-ups of eight erect penises – a first in broadcasting history. The target audience responded to the news with – what else – topical humour.

The documentary, scheduled for 10pm BST on Monday, is called ‘Me & My Penis’. It explores various aspects of masculinity, as artist Ajamu X takes naked photos of eight men and discusses male issues with them.

The explicit shots “will apparently also mark the first time that an erect penis has been shown on terrestrial TV,” according to the Independent. The Daily Mail said that the broadcaster hopes to remain on the good side of the British media watchdog Ofcom – by breaking the male nudity taboo on the grounds that “these aroused private parts are shown in an entirely artistic context.”

The announcement provoked a lot of snickering on social media. Some wondered what the fuss was all about.

Or dramatically predicted the apocalyptic results of showing male genitalia on TV.

This all started when they let tv show parents use 1 bed on tv instead of two twin beds.

Political references also surfaced across British Twitter. Prime Minister Boris Johnson was honorably mentioned in the jokes, among others.

Congrats on your new broadcasting job @Nigel_Farage I knew you wouldn’t be off our screens for long.

Boris doing another statement to the nation then?

But an overwhelming number of responses were erection puns.

Probably a last minute attempt to ban this legally, would it stand up in court?

Plenty overtime hours soon up for grabs at OFCOM

Things are looking up!