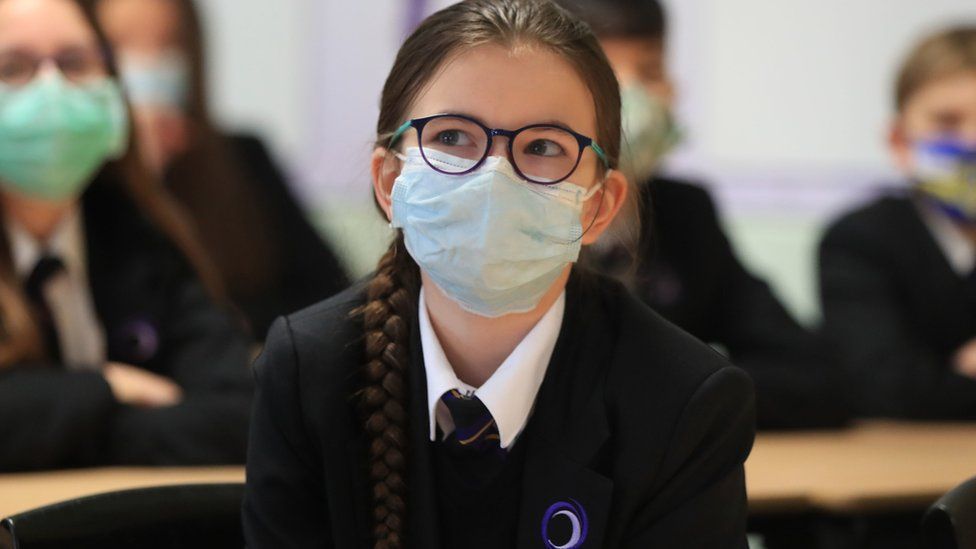 Face coverings have been recommended since the return to school in March - but that will end as part of the phasing out of lockdown measures.

There have been concerns that masks obstruct communicating and learning.

But head teachers warned the decision to remove masks was "hard to reconcile" with the evidence on safety.

The prime minister's briefing also confirmed the return of students to university campuses in England from 17 May - although surveys suggest that in practice most students have already returned to their term-time addresses.

About half of students have been studying online since January - and they will be able to return to face-to-face teaching, although some courses might already have effectively stopped teaching by this stage of the university year.

The next stage of relaxing lockdown measures in England, to be implemented from 17 May, will mean that pupils will no longer be expected to wear face coverings in classrooms and in communal areas of schools.

Mr Johnson suggested the improving picture on the pandemic meant that the roadmap for unlocking could go ahead as planned. 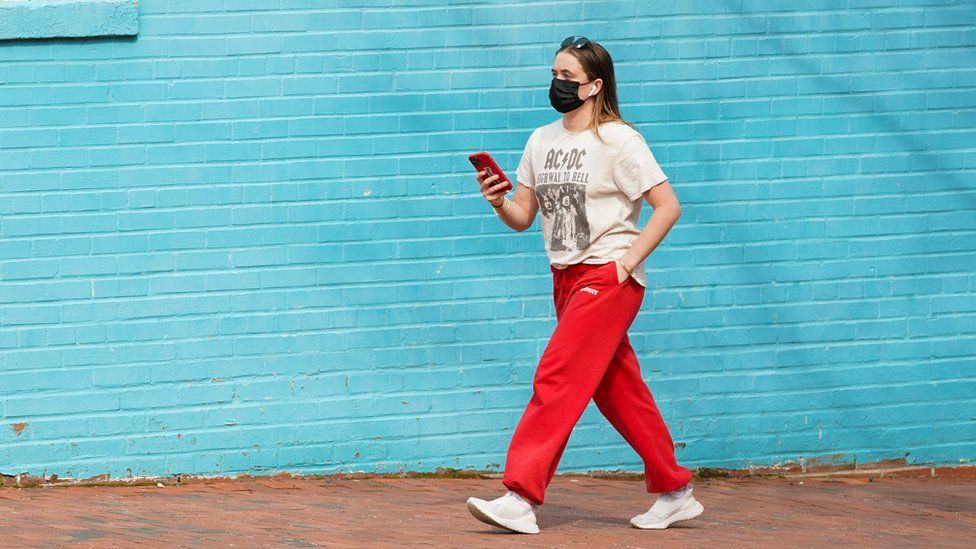 The Department for Education said "the latest data shows infection rates continuing to decrease" and not having to wear masks would "improve interaction between teachers and students".

Geoff Barton, leader of the ASCL head teachers' union, said: "It is obviously better for communication and learning if we don't need to have children wearing face masks in classrooms.

"But any decision to this effect must follow the scientific advice, and it is very worrying that the government's decision appears to contradict the published evidence."

"We don't understand why the government is in such a rush over this issue," said Mr Barton.

"Parents, pupils and staff will want to understand why removing the requirement for face coverings in classrooms is considered appropriate when it is not for other enclosed spaces," said Paul Whiteman, leader of the National Association of Head Teachers.

But the Children's Commissioner, Rachel de Souza, welcomed the decision.

"Wearing a mask during lessons has been one of many sacrifices children have made over the last year in our fight against the pandemic and I know they will welcome this latest step towards a return to normal school life," Dame Rachel said.

Last week a group of scientists and unions, including the National Education Union, wrote to the Department for Education to say they were "extremely concerned" at the prospect of face coverings no longer being required in secondary schools.

They argued that masks were still required in shops and public transport and there was a lack of evidence that it was time to withdraw their use in schools.

Kevin Courtney of the National Education Union said schools "should be permitted to retain mask wearing in the classroom if they think it necessary".

John Simpson of Public Health England, said: "It's important to strike a balance between Covid-19 protection and student well-being" and that "scientific studies show that Covid-19 transmission in schools remains low".

England's Education Secretary Gavin Williamson said the latest steps meant people would be able to mix indoors again - and "in line with the latest data, we no longer need to recommend that face coverings are worn in the classroom.

"Over the past year we have always put the wellbeing of pupils and staff first, and this step is now the right one," said Mr Williamson.