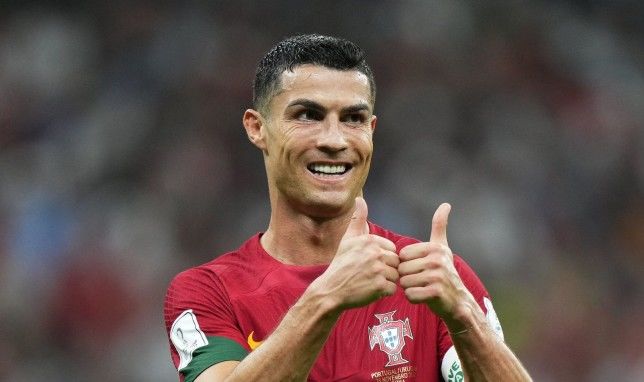 The 37-year-old is searching for a new team after Manchester United terminated his contract last week in response to his controversial interview with Piers Morgan earlier this month.

United were furious after Ronaldo admitted he had no respect for Erik ten Hag and accused the club’s hierarchy of failing to improve facilities at the training ground.

Ronaldo, who still had seven months left to run on his deal which was worth in excess of £500,000 a week, did not receive a payoff from United following his exit.

But the five-time Ballon d’Or winner is in for a huge payday as Marca report that he has now reached an initial agreement to join Al-Nassr.

The report claims that Ronaldo has been offered a two-and-a-half-year contract worth €200m (£173m) per season. 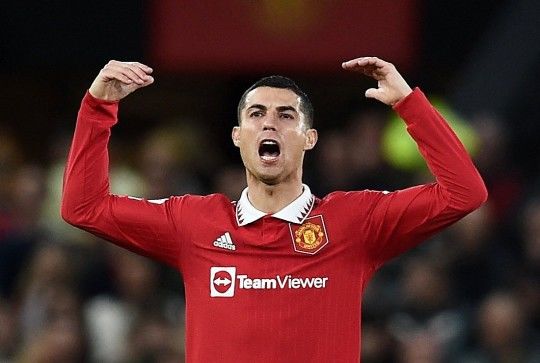 Manchester United terminated Cristiano Ronaldo’s contract last week
Ronaldo had pushed to leave United in the summer transfer window but despite the efforts of his agent, Jorge Mendes, to find a new club, several sides across Europe passed up the chance of a deal.

And it appears Ronaldo has faced a similar situation this winter as Chelsea and Bayern Munich both distanced themselves from a move this month.

When asked about a possible move for Ronaldo, Bayern Munich’s CEO Oliver Kahn said on Tuesday: ‘We have a clear idea, a clear philosophy of how our squad should be put together.

‘We all appreciate him, there’s no discussion. We all love Cristiano Ronaldo, but that’s something that doesn’t fit into our idea.’

The 37-year-old netted Portugal’s opener in their 3-2 win over Ghana last week to become the only male player to score in five different World Cup tournaments.
Add Comment