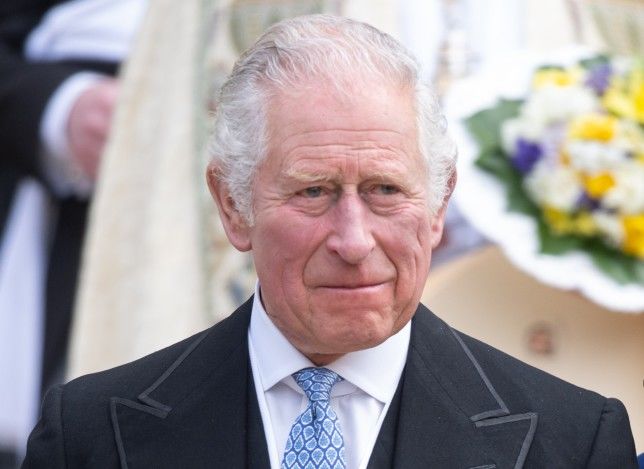 Prince Charles has used his Easter message to remember the millions of displaced people around the world who are ‘wounded by the past and fearful of the future’.

The heir to the throne highlighted the plight of refugees as thousands of Ukrainians continue to seek sanctuary from fighting in their homeland.

The poignant message also comes as the Home Office faces a backlash over its ‘shamefully cruel’ plan to send asylum seekers who arrive in the UK to Rwanda for processing.

The Prince of Wales said after meeting many ‘innocent victims of conflict’ over the years, he had found it ‘profoundly moving’ to see Brits come out in their thousands to offer Ukrainian refugees their homes.

He said in his message: ‘Today, millions of people find themselves displaced, wearied by their journey from troubled places, wounded by the past, fearful of the future – and in need of a welcome, of rest and of kindness.

‘Over the past years, I have found myself heartbroken at the sufferings of the innocent victims of conflict, or persecution, some of whom I have met and who have told me stories of unutterable tragedy as they have been forced to flee their country and seek shelter far from home. 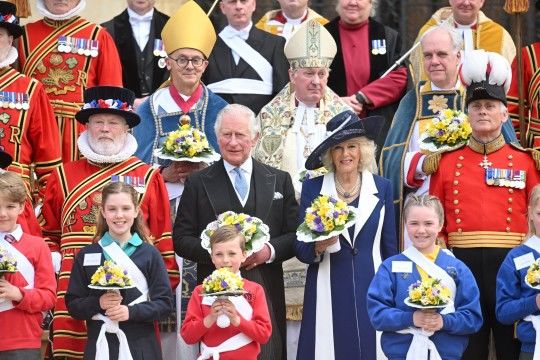 ‘But amidst all this sadness and inhumanity, it has been profoundly moving to see how so many people are ready to open their homes to those in need, and how they have offered their time and their resources to help those facing such soul-destroying sorrow and hardship.’

More than five million people have fled Ukraine since the Russian invasion seven weeks ago.

Around 200,000 people have expressed an interest in opening their homes to Ukrainian refugees under the government’s Homes for Ukraine sponsorship scheme.

However, people have expressed frustration with the ‘overly bureaucratic’ process – including former cabinet minister Robert Jenrick, who took in a family earlier this week.

Separately, the UK is also facing fierce criticism over a proposal to send asylum seekers 4,000 miles away to Rwanda, with the UN’s refugee agency calling it an ‘unacceptable’ breach of international law.

Charles invoked his religion as he concluded his poignant message by saying we must ‘dispel the darkness in the world’.

‘His light triumphed in that dark time.

‘I pray with all my heart that his inspiring example might help us all dispel the darkness of the world.’

The Easter Sunday message comes after Charles had to replace the Queen at a service on Maundy Thursday.

Her Majesty, who is due to turn 96 this week, is understood to be in good health but suffering with mobility issues.

The Queen was able to attend the Thanksgiving Service for Prince Philip last month at Westminster Abbey.

But difficulties in moving and discomfort in travelling have meant that she has pulled out of several other key events, including the annual Commonwealth Day Service. 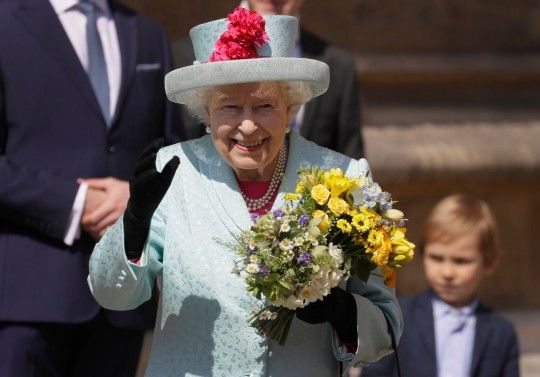 The Queen is not expected to attend an Easter Sunday service

Royal sources indicated this week that the Queen is not expected to attend this year’s Easter Sunday morning church service.

It is unclear how the monarch will spend the long weekend, but the royals usually visit her at Windsor Castle.

The Queen’s now main residence was visited by Harry and Meghan earlier this week for the first time since they quit as senior royals.

The couple held secret meetings with the Queen and Prince Charles before flying to the Netherlands for the Invictus Games.

Thursday’s meeting is understood to have been viewed as a ‘crucial first step’ in improving relations between Harry and his family, with the prince reportedly using it to offer Charles an ‘olive branch’.

‘Harry contacted his father and said he was coming over with Meghan and he wanted to meet,’ an insider told The Sun.

‘Harry instigated it all. It was an olive branch from Harry and made in an effort to clear the air.

‘He made the approach to Charles who was obviously very happy, and accepted.’