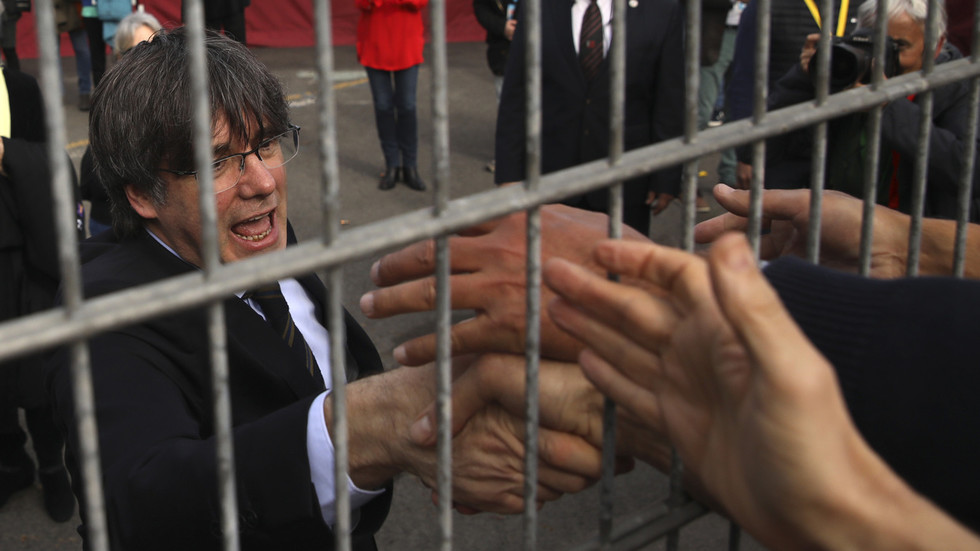 Catalonia’s ex-president Carles Puigdemont has been arrested in Italy, Spanish media reported. The politician, wanted for a range of charges, including sedition, lost his immunity as a European Parliament member earlier this year.
The independence movement leader was taken into custody on the Italian island of Sardinia on Thursday, where he had traveled for a meeting about Catalan folklore, according to reports from El Pais and other local media outlets.

Puigdemont’s lawyer Gonzalo Boye later confirmed the arrest in a tweet, saying he was taken into custody “upon arrival in Sardinia” on Thursday and that he had traveled to the island to work in his role as an MEP. Now in Italian custody, Puigdemont has a court date scheduled for Friday to determine next steps in his case, which could mean extradition to Spain, El Pais reported.

The exciled politician had been on the run for nearly four years, spending much of that time in Belgium, though was granted political asylum in Morocco in late April.

Puigdemont was wanted on allegations that he and other pro-independence politicians stirred “rebellion” and sedition after promoting and organizing an independence referendum in 2017. He fled to Belgium the same year, where he would be elected as a Member of the European Parliament in 2019 despite his fugitive status.

In March, however, the body voted to strip him and other independence leaders of their immunity from prosecution, leaving them vulnerable to arrest. The Spanish Supreme Court initially issued an arrest warrant for Puigdemont in 2017, but withdrew it after a German court determined he could not be extradited back to Spain for “rebellion.” A Spanish judge later issued an amended warrant in 2019 on charges of sedition and misuse of public funds, on which he was reportedly arrested on Thursday. Nine other Catalonian leaders were also convicted on the same charges in Spain, though they received pardons in June.

Thursday’s arrest was not Puigdemont’s first run-in with police since he became a fugitive from Spanish authorities. In 2018, he was detained in Germany after a visit to Finland, though local judges later decided to release him on bail, finding “extradition on rebellion charges” would be “impermissible.”
Add Comment