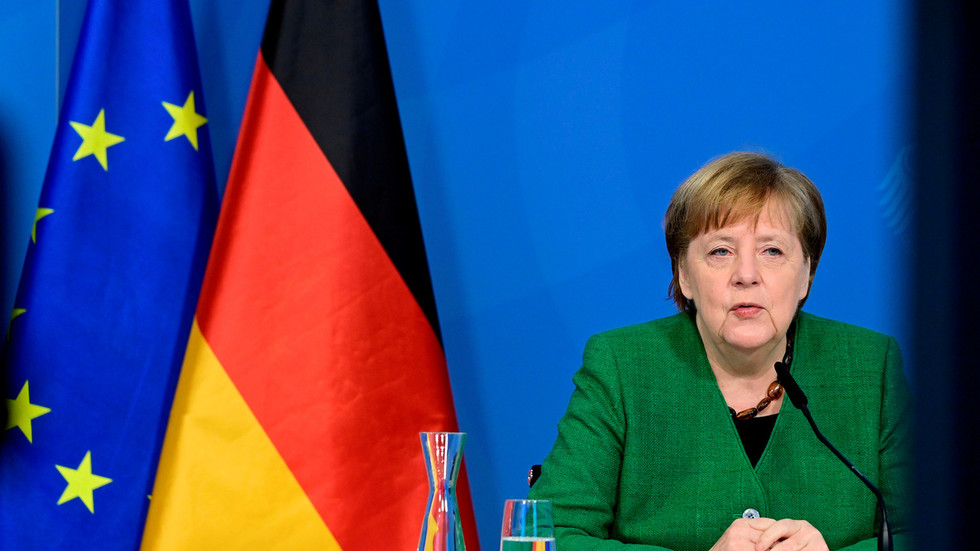 German politicians have called for Chancellor Angela Merkel to face a vote of no confidence after she admitted her “mistake” and pulled the plug on harsh Covid-19 restrictions planned for the Easter holiday.
Members of the Bundestag could soon be asked to vote on whether the chancellor has their support after a number of eager politicians jumped to capitalize on a rare case of an admitted misjudgment by the country’s long-standing leader.

On Wednesday, the leader of the Free Democratic Party (FDP), Christian Lindner, tweeted his call “to examine the ability of the government of Merkel to act,” saying that “the Chancellor can no longer be sure of the unanimous support of her coalition.”

Lindner’s colleague, FDP Vice President and Bundestag Vice President Wolfgang Kubicki, reiterated the party’s call, telling Bild: “I call on the Chancellor to face a vote of no confidence… because she has not only admitted her own inability, but the lack of competence of her Minister Altmaier and Spahn is obvious.”

“She has obviously lost the trust of part of her coalition factions,” Kubicki added.

The demand was echoed by Germany’s democratic socialists, with Dietmar Bartsch, head of the Die Linke (The Left) party, telling Funke media group: “We now have a veritable crisis of confidence in the political leadership of the country.” Bartsch complemented his call for a vote of no confidence by labelling Merkel’s government “amateurish”.v

Earlier on Wednesday, Merkel backtracked on heavily criticized plans to introduce a tough five-day lockdown over the course of the Easter weekend, admitting "this mistake is my mistake alone.”

The planned restrictions would have seen businesses closed, supermarkets reduced to opening for just one day during the period and a ban on private gatherings of more than five adults from two different households. Merkel also called for Easter church services to be conducted virtually.

The chancellor’s now-scrapped plans were a response to soaring Covid-19 infections, fueled by the more contagious British variant. On Monday, the infection rate stood at 107 per 100,000, nearly double the rate of three weeks ago.

Merkel’s center-right party has taken a hit in opinion polls in recent weeks, with the lead of the the CDU/CSU alliance dropping to less than 10%, according to most pollsters.

Nevertheless, Merkel’s work continues to be rated positively by German voters. The Insa survey, commissioned by the tabloid Bild in March, suggested 53.5% rate her work as very good or rather good, giving her a net positive rating of 19.4%.

Previous calls for Merkel to face a vote of no confidence have not been fruitful for her opposition.
#COVID-19  #Covid  #Angela Merkel
Add Comment