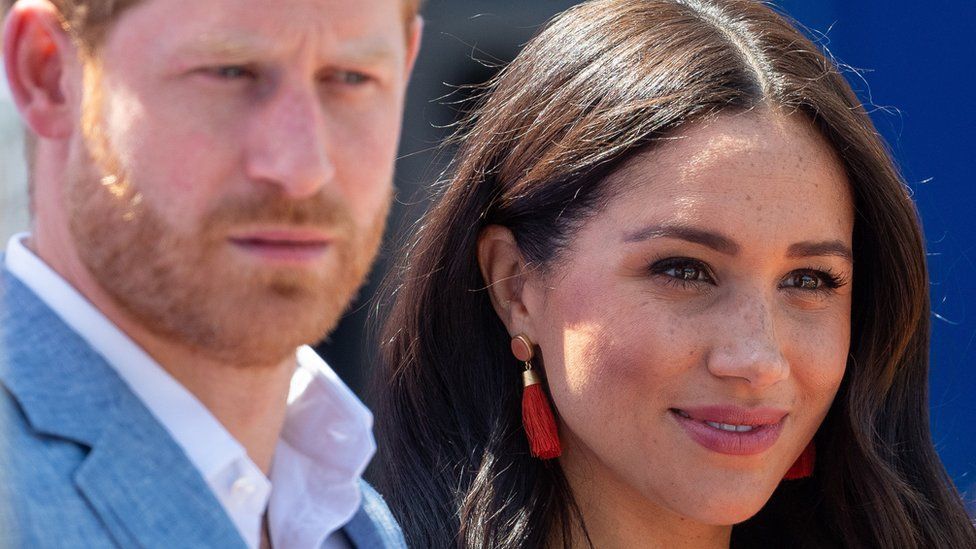 Earlier, Meghan said she was "saddened" after the Times newspaper reported she faced a bullying complaint during her time at Kensington Palace.

Her spokesman said it was the "latest attack on her character".

Buckingham Palace said it "does not and will not tolerate bullying or harassment in the workplace".

It will speak to the members of staff involved "to see if lessons can be learned", the statement added.

According to the story in the Times, the complaint was made in October 2018, while the duke and duchess were living at Kensington Palace.

A leaked email sent from a staff member, which was published by the newspaper, alleges that Meghan drove two personal assistants out of the household. The report claims she undermined the confidence of a third member of staff.

In a statement, Buckingham Palace - which is responsible for the hiring of royal staff - said: "We are clearly very concerned about allegations in the Times following claims made by former staff of the Duke and Duchess of Sussex.

"Accordingly, our HR team will look into the circumstances outlined in the article. Members of staff involved at the time, including those who have left the Household, will be invited to participate to see if lessons can be learned.

"The Royal Household has had a Dignity at Work policy in place for a number of years and does not and will not tolerate bullying or harassment in the workplace."

An earlier statement issued by Meghan's spokesman said: "The duchess is saddened by this latest attack on her character, particularly as someone who has been the target of bullying herself and is deeply committed to supporting those who have experienced pain and trauma.

"She is determined to continue her work building compassion around the world and will keep striving to set an example for doing what is right and doing what is good."

On one thing everyone is agreed: the interview that Meghan has given Oprah Winfrey - that will be broadcast in the US on Sunday - is concentrating minds.

Palace staff have for some time itched to get their side of the story out; some feel that they went out of their way to help Meghan after the wedding only to be treated rudely or later dismissed as uncaring or worse.

Team Sussex were braced for the story. "It's a fairly extensive list of things that has been pulled together," one source told the BBC. "The timing is not coincidental."

Meghan's side do not dispute the existence or content of the email; and it is pretty strong stuff. It makes flesh the rumours and allegations that swirled around the duchess when a number of staff left some months after the 2018 wedding.

The duchess' people have pushed back. The people named in the leaked email knew nothing about the complaint, they say, and it never turned into a formal issue.

But now it has; the inquiry announced tonight is a clear indication that Buckingham Palace is treating the matter seriously.

Whatever the truth, it ratchets up the tension - and publicity - around the interview to come in just a few days' time.

The Duke and Duchess of Sussex quit their roles as senior working royals in March 2020, and now live in California.

Harry has previously said the decision to step back was in order to protect himself and his family from the press.

Last month, it was announced the couple would not return as working members of the Royal Family. 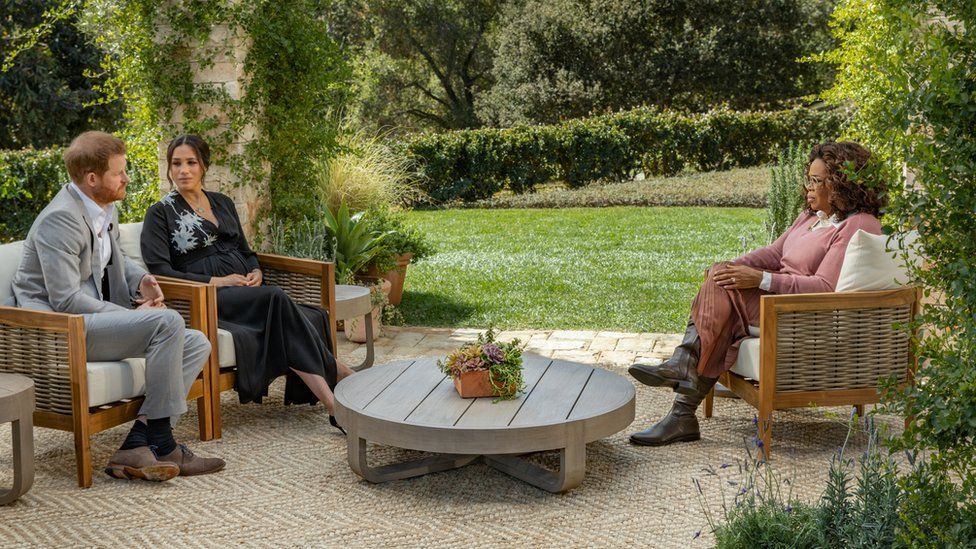 It comes ahead of Meghan and Prince Harry's TV interview with Oprah Winfrey, which will be aired on CBS in the US on the evening of Sunday 7 March.

In the UK, the interview will be screened on ITV at 21:00 GMT on Monday 8 March.

CBS has said Meghan will be interviewed about "stepping into life as a royal, marriage, motherhood" and "how she is handling life under intense public pressure".

She will then be joined by Prince Harry, and the couple will speak about their move to the US last year and their future plans.