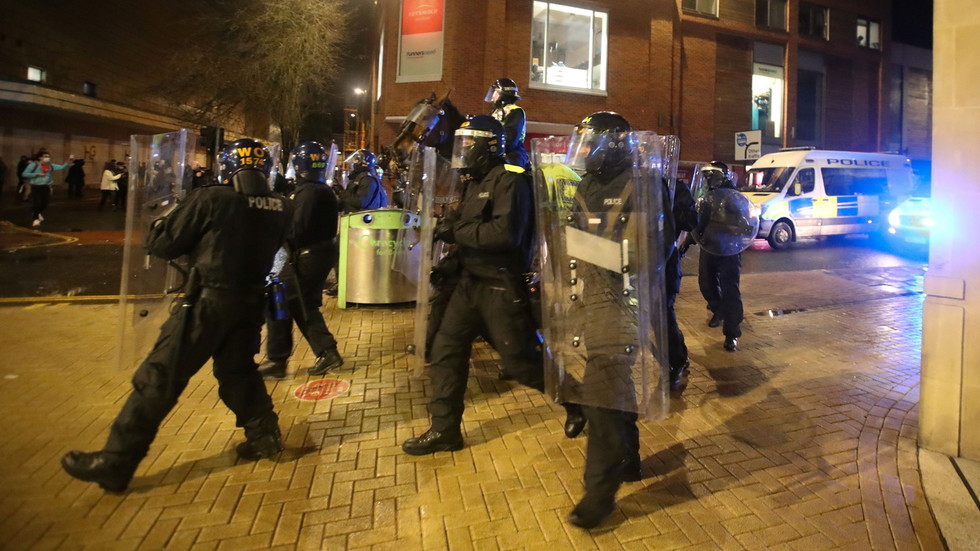 Avon and Somerset Police publicly responded to an incident caught on camera this week showing a reporter being violently shoved by an officer as he filmed a protest – and many Brits are not happy with the response.

After a video of Daily Mirror journalist Matthew Dresch getting attacked by a policeman on Friday evening went viral, Avon and Somerset Police – which covers the Bristol area – said it was “aware of a video showing a journalist being confronted by officers during last night’s protest in Bristol.”

“We’re making efforts to contact him,” the department continued, before adding that a “free press is a cornerstone of our democracy” and that it fully respects “the media’s vital role in reporting events fairly & accurately.”

Brits on social media, however, were quick to criticise the statement for describing the attack as a “confrontation” and failing to issue a public apology.

“Don’t you mean violently assaulted, provoked or attacked? There are many other more appropriate words you lot can use,”tweeted journalist Mike P. Williams, while Independent reporter Adam Smith asked, “How many whacks does it take before ‘confronted’ becomes ‘attacked’?”

Others asked whether the department would take disciplinary action against any officers responsible and pointed out that the same Avon and Somerset Police had falsely claimed that two of its officers received broken bones and a punctured lung following an earlier protest last week. The department went on to retract its claims.

Some Brits did defend the police officer’s actions, questioningwhether he was wearing a high-visibility jacket with ‘PRESS’ clearly written on it, and arguing that there is always “collateral damage” during protests and riots.

Other allegations of police brutality were also made during the Bristol protests, while protesters reportedly attacked officers, urinated and defecated at their feet, and set vehicles on fire.