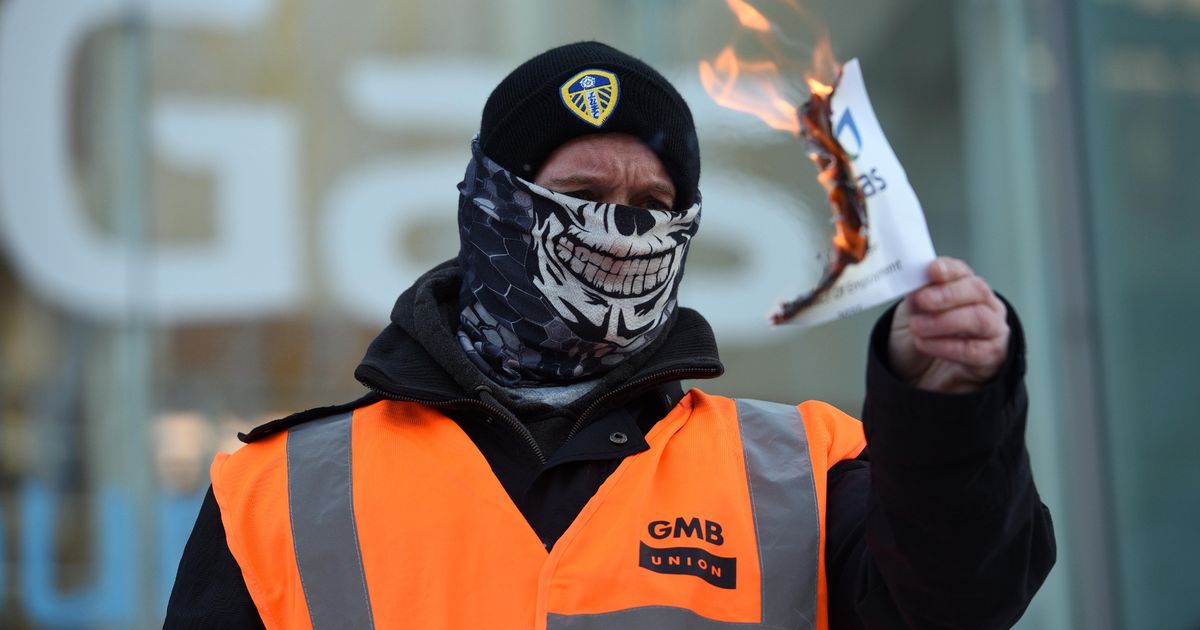 Devastated British Gas engineers have vented their fury at being sacked for refusing to sign a controversial new contract.

Hundreds of workers, some with decades of service, have been axed after a two week grace period ran out.

They included Debbie Tinsley, who posted photos of herself with her British Gas van now, and 30 years ago when she joined.

She wrote: “What have we done wrong? Absolutely nothing.”

Fellow engineer John Quelch said: “Today I handed my blue van after 19 years loyal service. “It’s not how I wanted my time at British Gas to end, but because I won’t sign an inferior contract of employment I was given notice.” 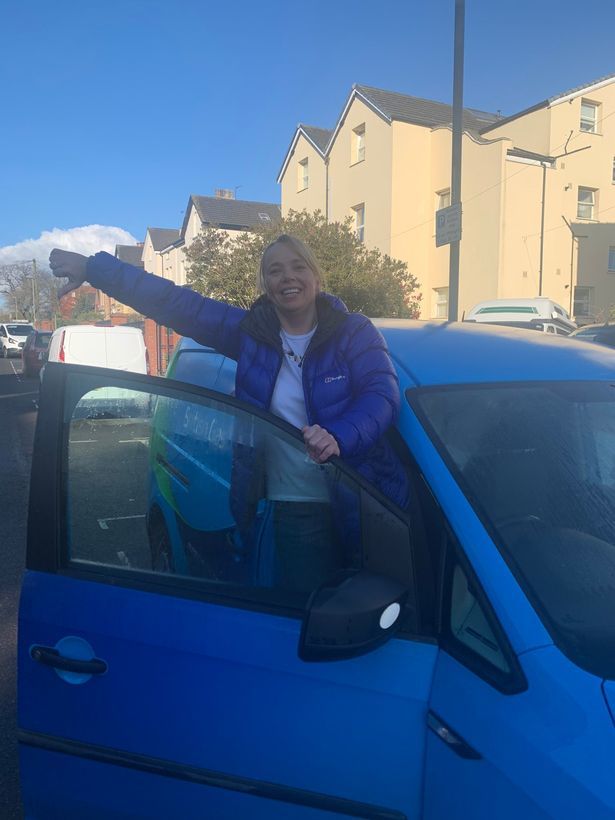 Yesterday’s deadline comes after months of wrangling over the “fire and rehire” deal.

Unions accused bosses of “bullying” British Gas’s 20,000 employees for telling them to accept reduced terms or risk the axe.

The row centres on changes to contracts that include pay cuts and increases to hours.

The GMB said the “mass sacking” coincided with British Gas suspending the sale of boiler insurance cover amid scenes of “van graveyards” from vehicles returned by the axed engineers. 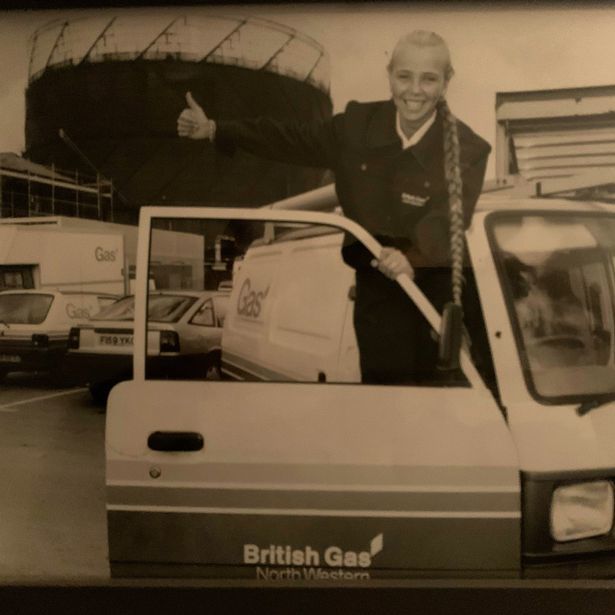 Debbie Tinsley when she started her job

“There is sadly nothing in law to stop corporate bullying by companies of their own staff to sign terms they don’t accept and sacking those who don’t submit to this bullying.”

“They’re defending themselves against the shameful practice of fire and rehire. 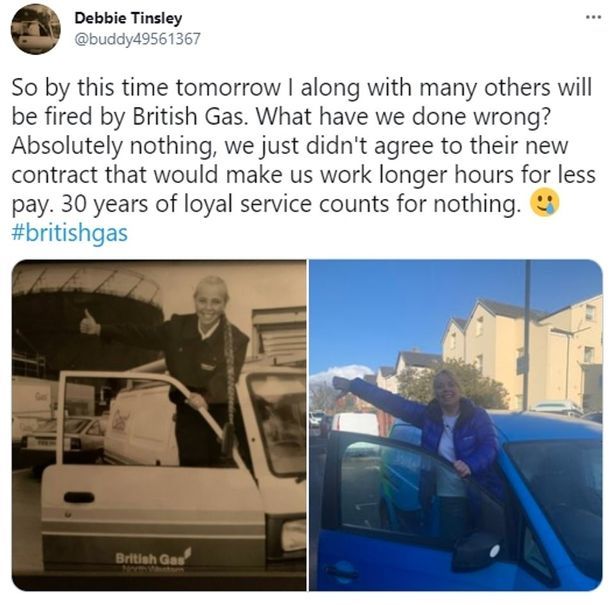 Debbie is among hundreds of engineers who have been sacked

“British Gas must abandon this practice.

“And the Government must outlaw it.”

Labour MP Bell Ribeiro-Addy said: “It should be illegal for companies to rip-up hard-won terms and conditions like this.”

A spokesperson for British Gas parent company Centrica said: “We are changing the way we work to give our customers the service they want and protect the future of our company and 20,000 UK jobs.

“The changes we need to make are reasonable and 98% of the entire company has accepted new contracts.

“We have not cut base pay or changed our generous final salary pensions. “Our gas service engineers remain some of the best paid in the sector, earning £40,000 a year minimum.

“While change is difficult, reversing our decline which has seen us lose over three million customers, cut over 15,000 jobs and seen profits halved over the last 10 years is necessary.”

It said fewer than 500 of its 7,500 engineers had refused to sign the deal and had left.