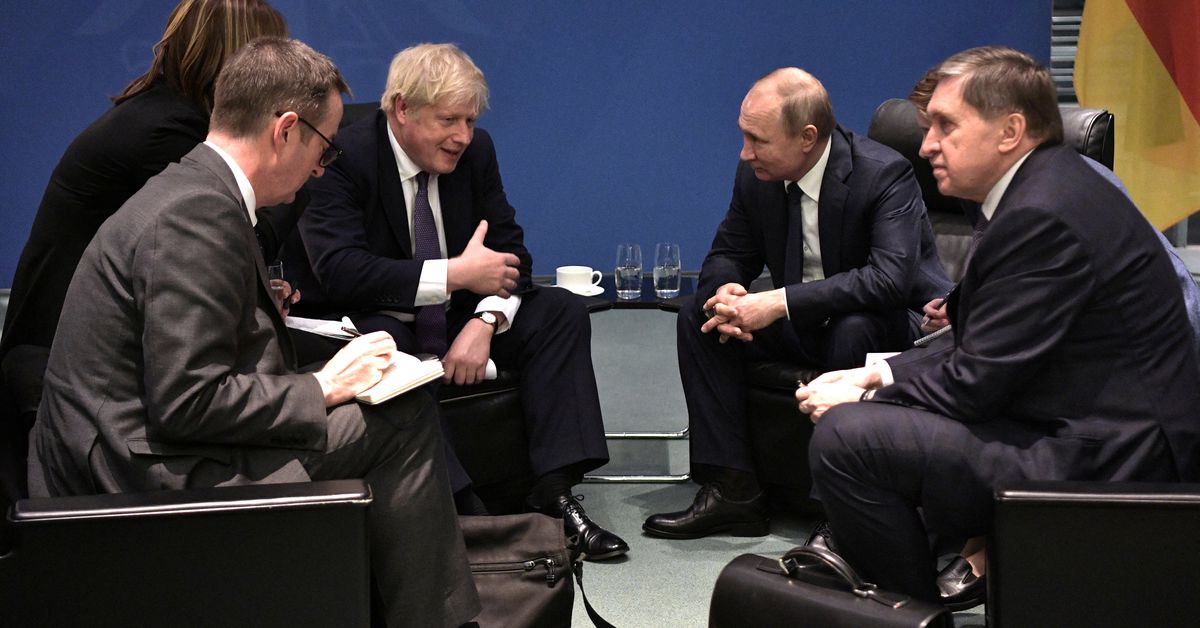 Britain said on Wednesday it was not ruling out personal sanctions against President Vladimir Putin if Russia invades Ukraine, drawing a warning from the Kremlin that such a move would be destructive.
U.S. President Joe Biden said on Tuesday he would consider personal sanctions on Putin if Russia invades Ukraine, as Western leaders stepped up military preparations and made plans to shield Europe from a potential energy supply shock.

Russia has massed more than 100,000 troops around Ukraine and the West fears it may invade in an attempt to annex its former Soviet republic. Russia has dismissed such speculation as a symptom of Russophobia which it says is gripping the West.

"We'll be bringing forward new legislation to make our sanctions regime tougher so we are able to target more companies and individuals in Russia. We will be bringing that forward in the next few days. I'm not ruling that out."

Kremlin spokesperson Dmitry Peskov said such a move would be "destructive" for relations but not at all painful for Putin, who rose to the top Kremlin job on the last day of 1999 when Boris Yeltsin unexpectedly resigned.

Russia has repeatedly said it has no intention of invading Ukraine and that it can deploy troops wherever it wants on its own territory.
#Joe Biden
Add Comment