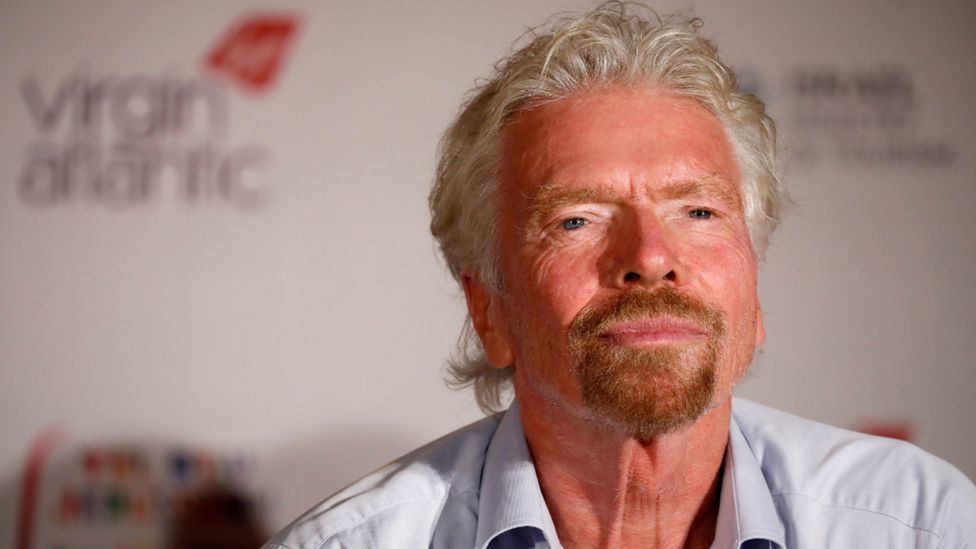 Sir Richard Branson's Virgin Atlantic is exploring a possible listing on the London stock market to raise money to repair the airline's finances.

The move could see shares offered to private investors as well as big City firms, but mean he loses overall control of his flagship business.

Virgin Group owns 51% of the airline, and US-based Delta Air Lines the rest.

It is understood Virgin has hired City advisors to draw up flotation plans, but the airline called it speculation.

Like most airlines, Virgin Atlantic's finances have been battered by the coronavirus collapse in air travel. In April, the airline posted a £659m loss for 2020 after passenger numbers dropped 80%, and it has announced thousands of job cuts.

Selling a stake in the airline would raise much-needed funds as global aviation rebuilds.

However, the share prices of airlines such British Airways-owner IAG and Easyjet are still significantly lower than pre-Covid levels amid widespread scepticism among some investors about how long it will take the industry to recover.

News of a possible stock market launch was first reported by Sky News. It said Virgin Atlantic's advisors, including banks Citi and Barclays, have in recent weeks been pitching the possible flotation to several potential big investors, which had responded positively to the idea.

Virgin Atlantic revenues are heavily dependent on UK-US services, and the airline is hoping for a rapid rebound in services as lockdown restrictions ease. Earlier this year, chief executive Shai Weiss said he did not expect to see a big drop in fares as travel resumes.

A flotation would mark the first time Virgin Atlantic shares have been sold to the public, and would likely see Virgin Group's stake fall below 50%.

Sir Richard founded Virgin Atlantic in 1984, and its success enabled him to build a business empire that now includes the Virgin Galactic space travel arm.

But the airline's survival appeared in doubt last year, with administrators put on standby while Sir Richard negotiated a £1.2bn rescue package.

Sir Richard had tried to secure rescue funds from the UK government, which refused his request, and use his Necker Island holiday resort as collateral to raise money.

A Virgin Atlantic spokesperson called reports of a possible flotation "speculation" and declined to comment further.