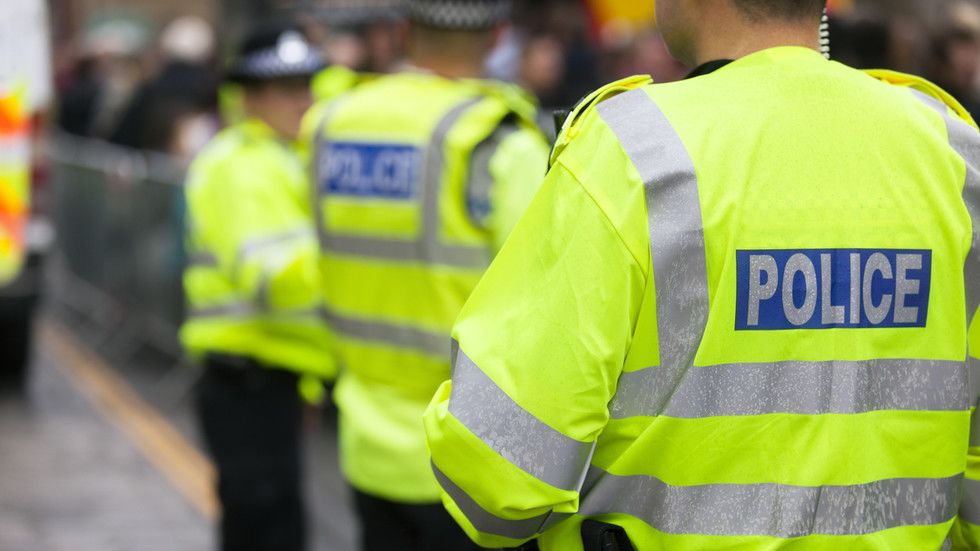 UK police ABANDONED investigations into over 1,000 crimes daily in 2020 with one in seven probes dumped within 24 hours

Police forces across the UK reportedly wrote off over 1,000 crimes a day last year. Investigations into serious crimes like threats to murder, rapes, assaults and arson were apparently closed within 24 hours during the pandemic.
Despite lower crime levels in the country during the Covid lockdowns, some forces doubled the number of crime investigations they "screened out". One in seven crimes reported last year were allegedly abandoned within a day of police opening investigations into them.

The shocking figures, revealed in freedom of information requests by the Daily Mail, showed that police probes into some 432,634 crimes were ditched within a day – or about 1,185 crimes per day last year. The paper noted that the true figure was likely at least twice that amount since less than half of the UK's police forces shared their data.

According to information provided by 17 police forces across the country, 15% of cases were closed on average without an officer meeting the victim. The worst offenders were the Police Service of Northern Ireland which screened out 38% of cases while the UK's largest force, Scotland Yard, dumped 31% of new cases inside a day.

Although crimes judged as 'lower harm' or with poor evidence are typically more likely to be dropped, the reported figures show that during the pandemic there was a spike in the numbers of serious offences going uninvestigated.

Meanwhile, in a revelation that is expected to add to public outcry over police handling of women's safety, forces reported that 71 rapes and OVER 420 other sexual offences were screened out within a day last year even though there was a 7% overall drop in sex offences in England and Wales.

In its 'End-to-End Rape Review' report last month, the UK government had ordered the police to reverse the downward trend in the volume of rape cases being referred to the Crown Prosecution Service (CPS) since 2016.

Among other recommendations, it called for the police to "ensure decision-making is based on evidence, rather than subjective judgements of victim credibility" and mandated a "change of practice and longer-term cultural change in the police and CPS".

The government report also stated that the data collected by the police needed to be "more consistent". The Bedfordshire police force had admitted to the Daily Mail that its data collection was "unreliable". The force had reportedly dropped as many as 6% of rapes and 13% of sex offences last year.

"It is still the case that too many victims do not have confidence in the response they will receive if they report to the police and so do not come forward," a new government policy paper on tackling violence against women notes.

Other crimes written off by police forces include 6,350 robberies, 1,137 muggings, 423 drugs possession cases and 171 weapons possession cases. In addition, some 29,730 residential burglaries were screened out with some forces in England and Wales failing to investigate over half of such cases.

In April, a HM Inspectorate of Constabulary report had warned that some forces had "increased the number of crimes they decided not to investigate because they were unlikely to be solved" and were offering a "reduced service in some areas of police work" as a result of Covid precautions.

"If the public knew this was happening on this scale, they would be shocked and outraged. Anyone who reports a crime deserves a proper response from the police," Vera Baird, Victims' Commissioner for England and Wales, told the paper.

But a National Police Chiefs' Council spokesman responded, "In some cases, there may not be enough intelligence or data for police to act on. This does not mean that a crime is closed indefinitely or that intelligence or information is ignored."
#Covid
Add Comment