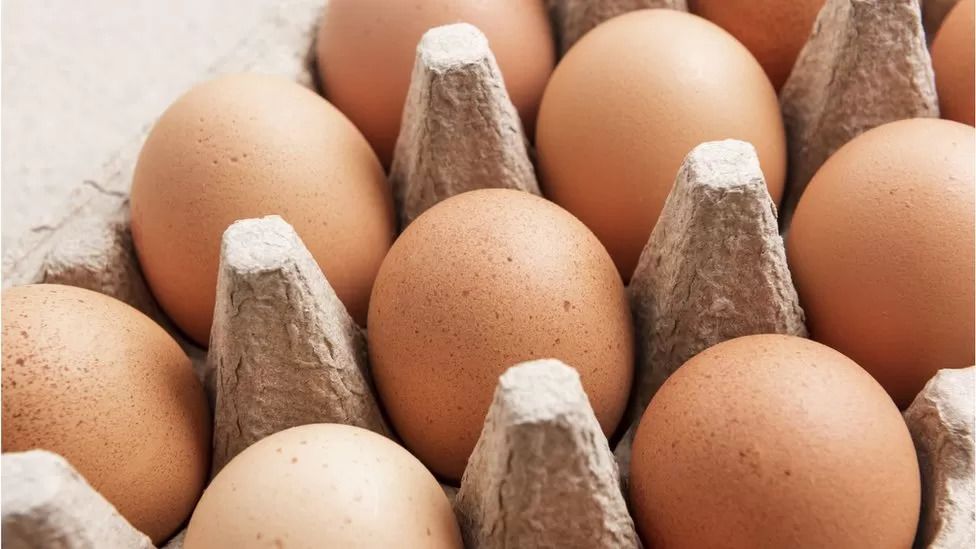 Some shops including Asda and Lidl have started to ration the number of boxes of eggs customers can buy due to supply issues.

Asda said customers would be limited to buying two boxes of eggs until further notice, while Lidl is limiting customers to three.

UK poultry farmers are facing rising costs and an outbreak of avian flu.

It has started to affect the supply of eggs, and led to concerns of a shortage of Christmas turkeys.

Industry group the British Retail Consortium (BRC) said a number of retailers had introduced "temporary limits" on the number of boxes customers could buy "to ensure availability for everyone", but it did not name them.

Sainsbury's said it had not limited purchases but said some stores may be running low on some lines.

The grocer, which previously committed to only buying eggs from British suppliers, also said it was "temporarily sourcing" eggs from Italy to maintain availability. It added they will be clearly labelled.

Tesco said it had good availability with no buying limits but was working with producers to protect supplies.

Morrisons said it was not facing major supply issues. Waitrose said it had good availability and was monitoring the situation. 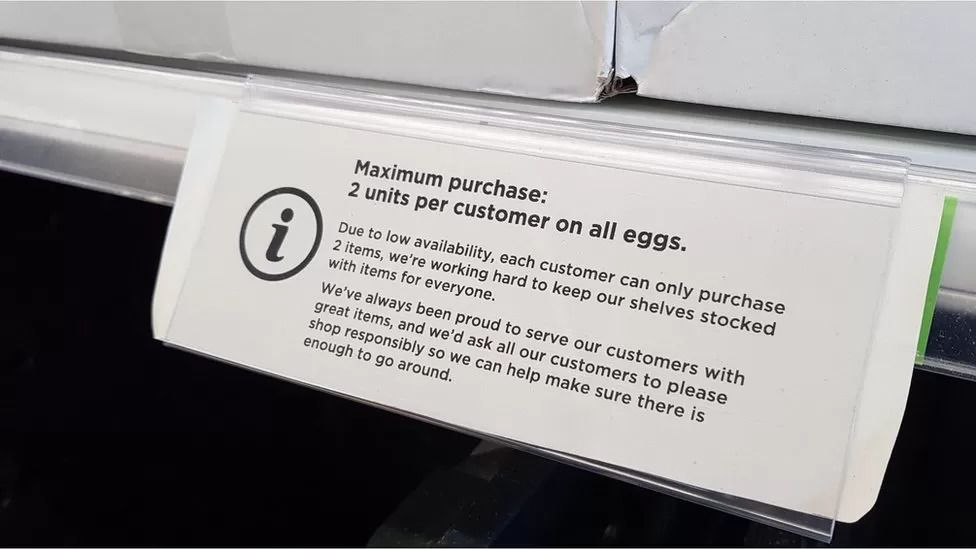 Asda said customers could only buy two boxes of any size
Some UK farmers are cutting back or halting egg production this year due to rising costs. Russia's invasion of Ukraine has driven up farmers' energy bills along with the cost of chicken feed, hens and packaging.

There are also wage pressures due to a shortage of labour.

Farmers are also facing problems due to the avian flu outbreak which has led to 740,000 laying hens being culled, although this is only a fraction of the total.

It comes as demand for eggs is rising as people do more home baking in the colder weather.

A "huge number" of farmers "are losing a significant amount of money and can't afford to produce eggs any more," the British Free Range Egg Producers Association said.

It added that the price supermarkets were paying for eggs had not kept up with costs. Since March, supermarket prices have risen by about 45p per dozen, but only 5p of that has been passed on to producers, it said.

Chief executive Robert Gooch said: "We have been warning for months that failing to pay farmers a price which allows them to make a profit would result in mass de-stocking or, worse still, an exodus from the industry."

Sainsbury's stocking Italian eggs was "a wake-up call to all retailers that they can't expect farmers to work for nothing", he added.

Despite the shortage, the BRC said supermarkets were doing all they could to shore up their supplies.

"While avian flu has disrupted the supply of some egg ranges, retailers are experts at managing supply chains and are working hard to minimise impact on customers," said Andrew Opie, the BRC's director of food and sustainability.

He added that supermarkets "know they need to pay a sustainable price to egg farmers but are constrained by how much additional cost they can pass onto consumers during a cost-of-living crisis".

In the three months to September, 2.6 billion eggs were packed in the UK, almost 10% fewer than in the same period last year.

Therese Coffey, Secretary of State for Environment, Food and Rural Affairs, said some supply chains get eggs from particular farmers, "But across the country we still have nearly 40 million roosting hens. As a consequence I'm not concerned about the overall supply.

"But I appreciate that in the short term, some contracts and some supply chains may be disturbed. I'm hoping it's a temporary issue," she added.
Add Comment