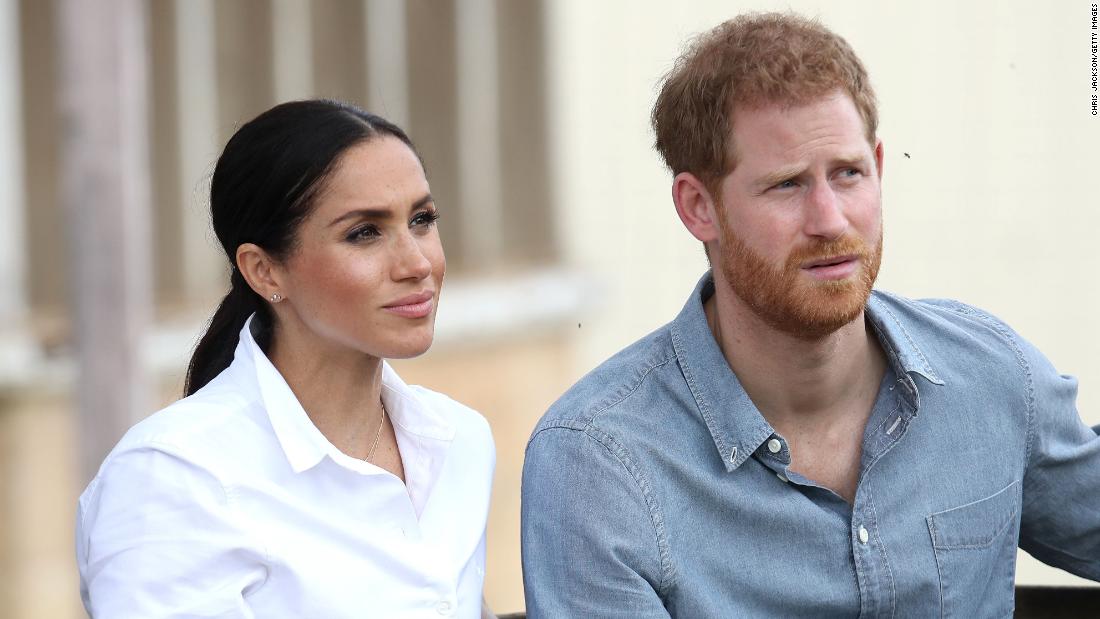 The Duchess of Sussex was dealt a blow this week as the UK's media watchdog concluded its broadcasting code was not breached when British TV host Piers Morgan criticized the royal earlier this year.

His comments on ITV's "Good Morning Britain" show following the Sussexes' explosive Oprah Winfrey sit-down in March questioned Meghan's veracity regarding her suicidal thoughts and the revelation that a royal family member had raised concerns over her baby's skin tone.

Royals routinely face criticism in the press but it's rare that they take formal action on it. Harry and Meghan have launched a number of legal challenges against media outlets, including a privacy case against the Mail in February over the publication of a letter from her father, and a lawsuit over "intrusive" paparazzi photographs taken of their son Archie in California. In this instance, Meghan clearly felt strongly enough that she lodged a formal complaint with ITV. CNN learnt at the time that her grievance was not over the personal nature of the on-air rant but at her concern that Morgan's comments on suicide could undermine the seriousness of mental health issues.

Many at the time applauded Meghan for publicizing her struggle and seeking to remove the stigma around mental health difficulties.

In concluding its ruling, Ofcom said "we remind ITV of the need to take care when broadcasting content on sensitive issues such as suicide and mental health and the need for broadcasters to provide responsible programming which can provide viewers with adequate protection from harm." 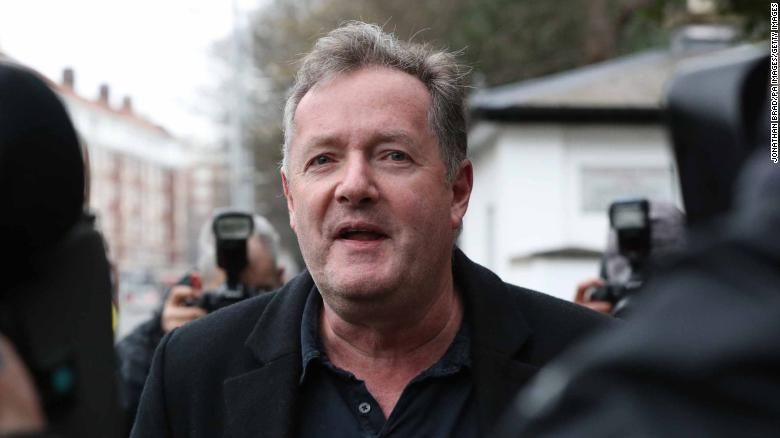 Piers Morgan speaks to reporters outside his home in Kensington, central London, the morning after it was announced by broadcaster ITV that he was leaving as a host of Good Morning Britain.

The charity's chief executive, Paul Farmer, said in a statement: "Too often, feelings of shame and isolation mean people affected by mental health problems go without the help and support they need and deserve. We all still have a role to play to reduce mental health stigma and discrimination in the media and in society as a whole."

In the hours after the ruling was published, an insulting nickname that Morgan started using for the duchess trended on Twitter in the UK.

Some called for Meghan to apologize and praised the watchdog's decision as a victory for free speech, while others called it a "whitewash" and said its conclusion condemned anyone claiming to be suicidal as liars and perpetuated mental health stigma.

But the Ofcom ruling is just one battle in a wider war the Sussexes are waging.

On Thursday, the Duke of Sussex used a surprise appearance to raise the issue of misinformation. Prince Harry dropped into the GQ Men of the Year awards virtually in London to honor the scientists involved in developing the Oxford/AstraZeneca vaccine. While his speech paid tribute to the team's work, he also called on governments to tackle vaccine inequity and blamed overwhelming "mass-scale misinformation" for stifling takeup. 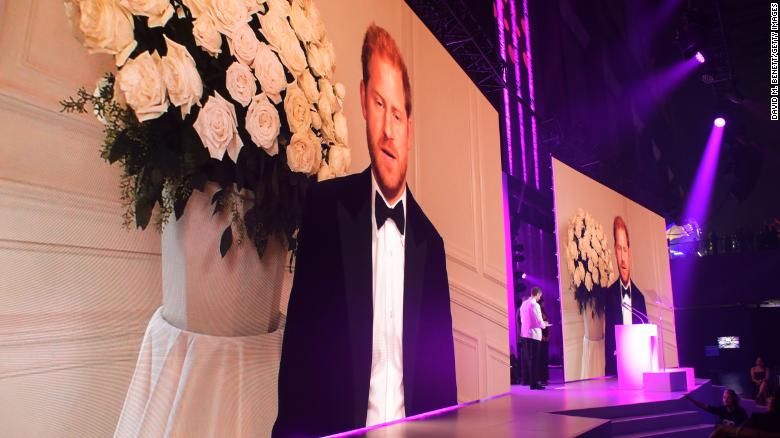 Harry appears by via video link at the 24th GQ Men of the Year Awards on September 1, 2021 in London, England.

"At the same time, families around the world are being overwhelmed by mass-scale misinformation across news media and social media, where those who peddle in lies and fear are creating vaccine hesitancy, which in turn is dividing communities and eroding trust," the duke said.

For Harry, this is not the first time he's voiced concern over misinformation. In March he joined the Aspen Institute's fight against the issue and has long-held a strained relationship with the media, which he blames for his mother's death.

Now that they are out of the monarchy's lineup of working royals, Harry and Meghan are free to define their own policy when dealing with newsmakers.

They have removed themselves from the Royal Rota system, the pool of British journalists that for decades has covered all royal events and shares information and photos with other outlets. As a result, they are now able to choose when and how they want to collaborate with the press. These days, they more often opt to post their own announcements directly to their Archewell nonprofit organization's website and work with new media or grassroots organizations.

Despite their attempts to control the narrative of their message and curtail what they see as misreporting, six months on from their Oprah interview, much of the media's treatment of Meghan in the UK remains the same. The duchess regularly receives more negative coverage than the wider royal family. That invasive scrutiny was one of the reasons the couple cited for relocating to the US. 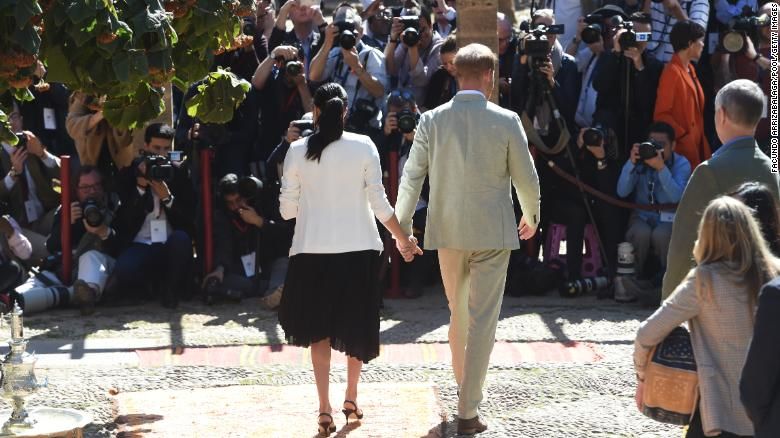 The Sussexes walk towards the media outlets traveling with them during their Morocco visit in 2019.

The renewed discussion on social media and in many tabloid papers in the UK about Meghan following the Ofcom ruling is the latest example of how amid the polarized love or loathing of public figures, the fundamental point can get lost. By speaking with Oprah, Meghan said she hoped to change attitudes towards mental health and open the door to conversations about race -- two issues the couple have shown they want, and are well positioned, to champion.

Commentators and tabloid press reacted to news of the ruling saying the duchess would be "livid" with the decision. But is that really the case?

Meghan's complaint stemmed from concern Morgan's comments might diminish the serious subject she was raising. The regulator has ultimately reminded British broadcasters of their responsibility and obligation to present sensitive subjects appropriately. As for Morgan, he quit his role on the ITV program.

So far there has been no response from the Sussexes so we can take from that they are comfortable in the knowledge that their case was considered and are moving on from the Oprah interview. They may have lost the battle over complaints but their fight against what they see as unsavory media practices and misinformation is likely far from over.

A fitting tribute for Philip.

The Duke of Edinburgh's lifelong commitment to maritime services and Royal Navy career is being honored months after his death. A new state-of-the-art lifeboat will be named in memory of the royal family's patriarch, the Royal National Lifeboat Institution (RNLI) announced Thursday. The announcement came exactly 71 years to the day after Philip took command of HMS Magpie. Construction on the vessel is still underway with it set to go into service late next year at Wells-next-the-Sea, near the Queen's Sandringham estate. RNLI chief executive Mark Dowie said the honor was supposed to pay tribute to the duke on his 100th birthday in June and the organization had found out he "was pleased to learn of the plans." He added: "Very sadly The Duke passed away before His Royal Highness could see it happen, but we are delighted to pay tribute to his legacy in this way today." 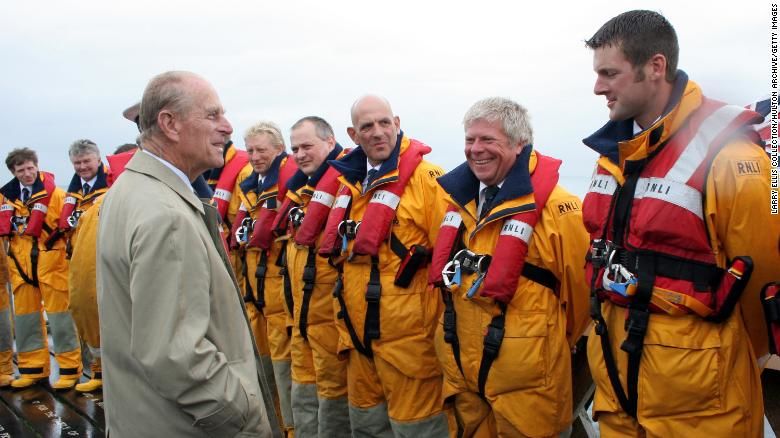 Prince Philip with members of the RNLI in 2008.

Charles, Prince of Wales and Camilla, Duchess of Cornwall appeared to be in good spirits on one of their first royal outings after a short summer break. The pair donned matching tartan outfits on Tuesday for a walkabout in the Scottish village of Ballater, where they attended the opening of a community center before chatting with local residents. The Duke and Duchess of Rothesay, as they are known in Scotland, were seen arriving at their Birkhall residence several weeks ago. 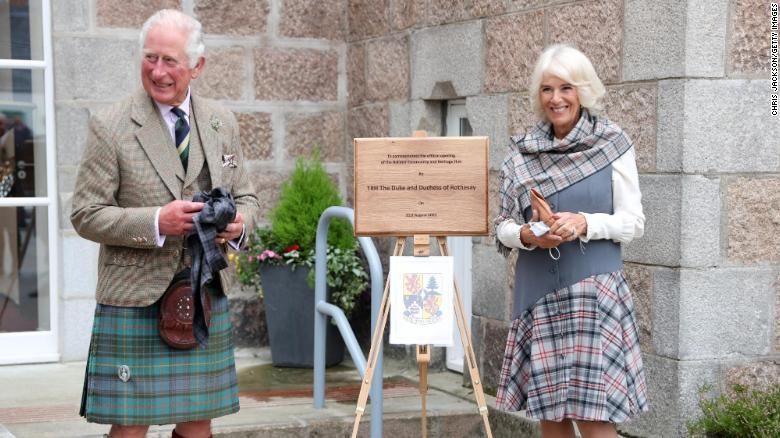 The pair unveil a plaque to commemorate the opening of the Ballater Community and Heritage Hub on August 31, 2021. 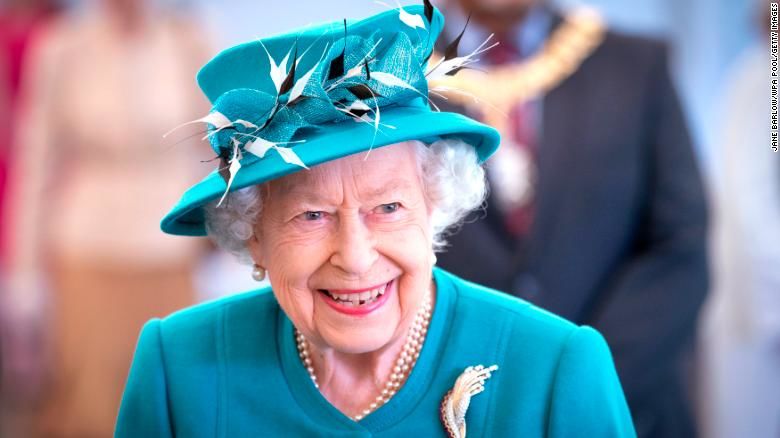 Britain will bring out the big guns when it hosts a pivotal United Nations climate change conference in Glasgow this fall. Organizers have announced the event is getting a royal boost with the monarch herself set to attend. COP26 will see global leaders gather in the Scottish city for two weeks of talks from October 31. US President Joe Biden is expected to attend as well as other prominent figures like Pope Francis. The event -- which comes amid a number of extreme weather events in recent weeks -- was originally supposed to be held last year but was postponed due to Covid. Read the full story.

The Duchess of Cornwall has shared her own recipe for a Victoria sponge cake as part of a poetry tea party initiative. The Poetry Together campaign encourages school children to meet with the elderly over tea and treats to share poems with one another. The official Clarence House Instagram account posted a snap of Camilla presenting her own bake, with the accompanying recipe suggesting a twist on the usual jam and cream filling by substituting lemon curd or Nutella spread. What do you think? Would you give it a go or are you a die-hard traditionalist?


PHOTO OF THE WEEK 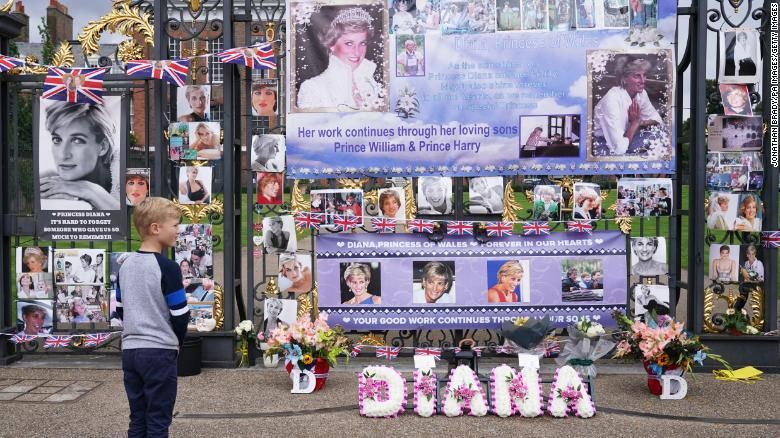 People view tributes left at the gates of Kensington Palace in London on the 24th anniversary of the death of Diana, Princess of Wales.

People view tributes left at the gates of Kensington Palace in London on the 24th anniversary of the death of Diana, Princess of Wales.

"Where you're born should not affect your ability to survive, when the drugs and know-how exist to keep you alive and well."

Prince Harry urges vaccine equity as he honors scientists behind the Oxford/AstraZeneca vaccine.