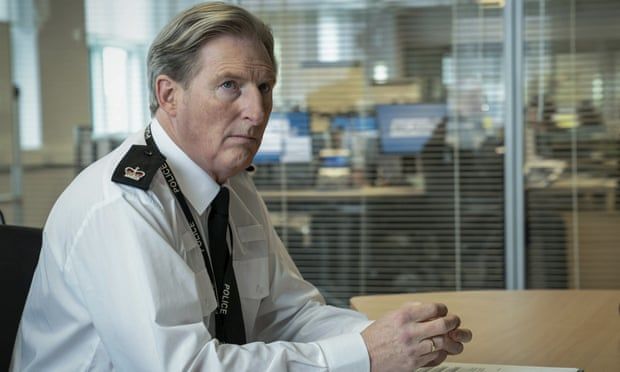 The Line of Duty actor will play Claudius and the Ghost when the postponed play opens next month
Adrian Dunbar is to join Cush Jumbo in the Young Vic theatre’s production of Hamlet which, postponed for more than a year, will open in London next month.

Dunbar, best known as Supt Ted Hastings in the BBC’s hit crime series Line of Duty, will play the dual role of Claudius and the Ghost. It marks a high-profile return to theatre for the actor, who starred in plays directed by Danny Boyle and Max Stafford-Clark at the Royal Court in London and portrayed the artist Vermeer in a West End adaptation of Tracy Chevalier’s Girl with a Pearl Earring in 2008.

Further newly announced casting includes Tara Fitzgerald as Gertrude, Norah Lopez Holden as Ophelia and Jonathan Ajayi as Laertes. Joseph Marcell, the British actor who played Geoffrey, the butler, opposite Will Smith in the US sitcom The Fresh Prince of Bel-Air, will star as Polonius.

Jumbo’s Hamlet, which was first announced in 2019, sold out before it was due to open last summer. Further tickets will be available in early September. The production is directed by Greg Hersov, who collaborated with Jumbo on As You Like It and Pygmalion, both at Manchester’s Royal Exchange.

Earlier this year, Jumbo told the Guardian that the pandemic will have affected the tone of this Hamlet – “and will change every show that comes back on stage”. Considering her preparation for the role of Shakespeare’s troubled prince, she joked: “You get all your armour on, and your jetpack and your grenades, and you pack an extra couple of sandwiches because you might get hungry.”

Hamlet’s sets and costumes are designed by Anna Fleischle. The Young Vic has also introduced a Jerwood assistant designer, Jida Akil, who will work with Fleischle. The new position is intended to create a greater range of paid opportunities for creatives to develop their craft as part of a production.
Add Comment