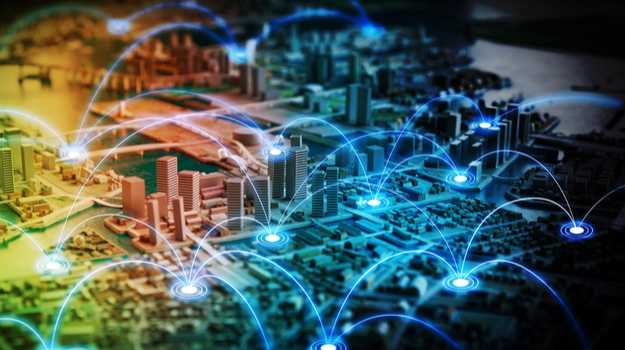 A London AI Hub, a Facility Bigger than the Louvre, Are Among the Newest Footprint Expansions in the Life Sciences Industry | BioSpace

has opened a new $13 million research hub in London focused on artificial intelligence. The new hub is close to a similar research facility owned by Internet giant Google, which is using AI in its own life sciences research.
The GSK site will draw on the expertise of other AI-focused companies as it moves forward with drug discovery efforts, Pharmophorum reported.

The drug developer intends to rely on AI companies to investigate the gene-related cause of some diseases, as well as screening for potential drugs, according to the report. GSK’s new London facility will become the home of 30 scientists and engineers.

The employees based at the facility are expected to begin collaborating with companies such as Cerebras, the Crick Institute and the Alan Turing Institute.

As GSK moves forward with its new AI-focused research, Chief Executive Officer Emma Walmsley told the London Evening Standard that it was her hope the new site will become a beacon for jobs and attract those machine learning experts and programmers who may traditionally eye Silicon Valley for jobs.

“Using technologies like AI is a critical part of helping us to discover and develop medicines for serious diseases,” Walmsley said, according to the report.

In addition to the AI employees in London, GSK also has other employees skilled in the discipline-based in San Francisco and Boston.

GSK isn’t the only company expanding its footprint. Korea’s Samsung Biologics is spending $2 billion on a new manufacturing plant that is expected to become the largest of its kind across the globe. The Journal quipped that the Samsung site will be larger than The Louvre in Paris, the former royal residence and current museum in Paris that takes up 652,500 square feet.

The Samsung site, which will be approximately 230,000 square meters, will support biologics manufacturing that are used by some of the biggest drugmakers in the world, including Bristol Myers Squibb and GSK.

In an interview with The Wall Street Journal, CEO Kim Tae-han said the demands for biologics used in the effort to combat COVID-19 highlighted the need for a larger-than-expected facility.

“Covid-19 is giving us more opportunity than crisis,” Kim said, according to the report.

There is also growth taking place in the United States. The Boston Business Journal reported that four life science companies are leasing a 214,440-square-foot, four-story lab building in Lexington, Mass. The building will become the home for Dicerna Pharmaceuticals, Frequency Therapeutics, Integral Health and Voyager Therapeutics, the Journal reported.

The four-story building was constructed by King Street properties with life science companies in mind. Although the building was not built with a specific client in mind, it drew interest from prospective tenants across the region, King Street Properties told the Journal.

According to the Journal, the breakdown for the amount of space used by each company in the Lexington site is as follow: