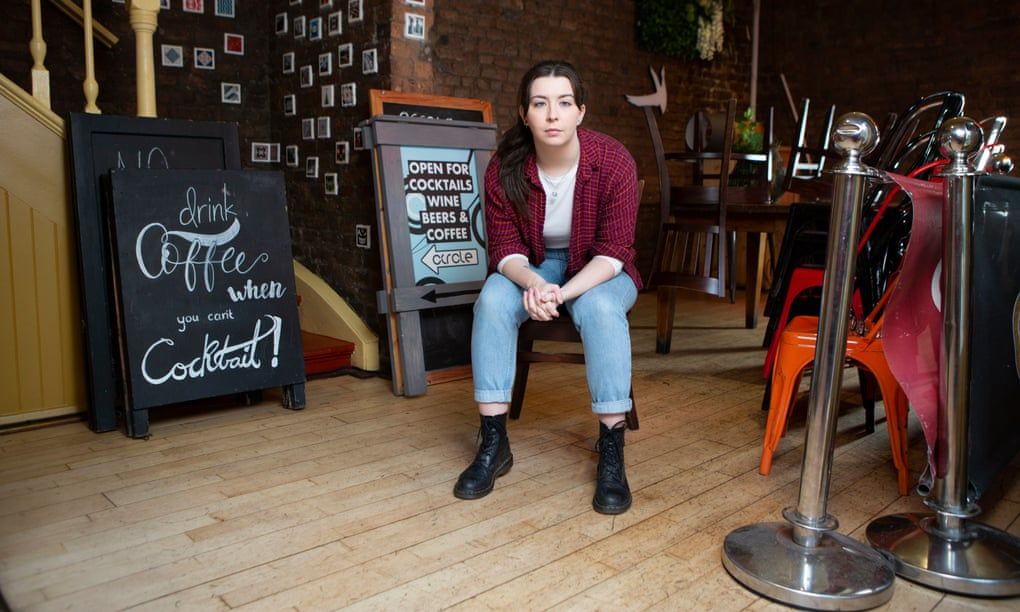 Wednesday’s budget extended measures brought into to help people struggling during the Covid crisis, and introduced the idea of a green savings bond to help rebuild the economy. We asked people what they thought about Rishi Sunak’s plans.

Furloughed worker: ‘The amount offered for hospitality wouldn’t even touch the sides’

Cumbria has some of the highest rates of furloughed workers in the country, and even with the September extension announced in the budget, many businesses will still declare bankruptcy.

Katharine Simmons, 26, manages a bar in Carlisle. She has been on furlough but the owners have made a decision to close for good. Simmons is “absolutely devastated”.

Situated in an arcade, the pub cannot open until June as there’s not the space for outdoor seating.

“The pub is more than £50,000 in debt, so turnover just wouldn’t be high enough to cover costs if we opened at half-capacity.” Simmons is anxious about her and her staffs’ future. They’ve been on furlough since March and if the company liquidates, which is looking likely, the grant will come to an end.

“Many young people have already started to leave the city. There’s nothing here so they leave.”

She says: “The amount that is being offered in the budget for hospitality wouldn’t even touch the sides.”

But she does have a plan for the future: “It may be a good time to invest in my community interest company for mental health, full-time, after the training course grants were announced. It’s very much an opportunity to dive in at the deep end and just go for it.”
Lucy Mansfield

Self-employed worker: ‘£15 of school meals vouchers are not enough for my teenage son’ 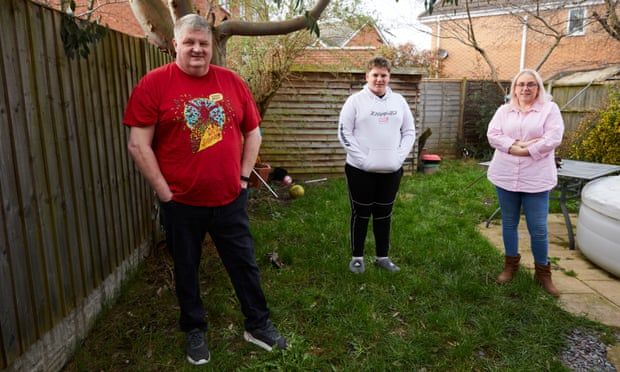 Magician Eddie Young with his son, Josh, and his wife, Debbie.

When Boris Johnson announced the first national lockdown last March, the magician Eddie Young lost all business. The 47-year-old from Burton upon Trent had to fork out almost £2,500 in refunds practically overnight and was left with no source of income to support himself, his wife and their 13-year-old son.

He applied for the government’s SEISS grant but because the calculation was based on tax returns for the years when he was growing the business and making very little profit, he received only £250 for three months. A typical annual profit would be closer to £20,000, he says. He mothballed the business and began receiving universal credit in July, as well as taking out a £10,000 bank loan. The only other household income is his wife’s – she has multiple sclerosis and is long-term unemployed, receiving £400 worth of employment and support allowance.

Struggling to survive on the financial help available, he took a job in IT in January. The stress of leaving his profession has led to problems with depression and although the chancellor has pledged £410m to support the arts sector, freelance entertainers won’t be able to access it.

Having to homeschool his son has exacerbated his mental ill-health and school closures have put further strain on their already stretched finances. He says: “We get £15 a week in school meals vouchers but he’s a teenager, so he eats us out of house and home. It’s only £3 a meal and it doesn’t go far.”

Young is disappointed there was no mention in the budget about offering free school meals over the holidays – it would be a lifeline for struggling families such as his, he says.

Although not highlighted in the chancellor’s speech, the extra £400m in funding for schools to run catchup summer schools, along with £300m announced for catchup projects in January, is welcomed by Young. But because it will be up to schools to decide how and if they run summer schools, how long they will be, and which pupils will be invited to attend, he is worried his son will miss out.

He says: “Summer schools will help but it’s got to be done in a structured way and made available to everybody, not just those children which the school considers need it most.”
Matthew Jenkin

Retired dancer: ‘A universal basic income will help people stay out of poverty’ 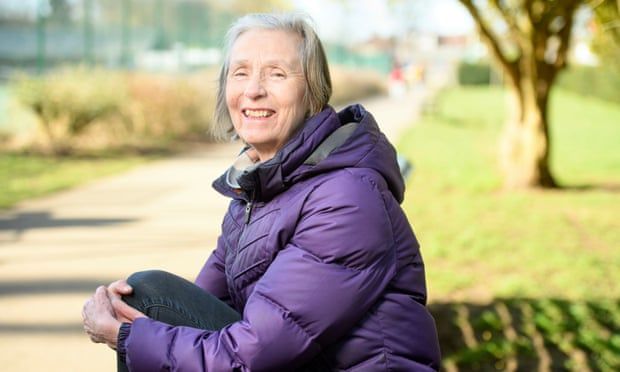 Alexandra Pickford was hoping the chancellor would announce measures to help young people and benefit the environment.

Pickford, 72 – who had her Covid-19 jab in November as part of the Oxford trial – says. “us older people have been protected by the nation and the government” in terms of lockdown measures and priority for vaccination, adding: “Young people have got to be given help now. It was difficult even before all this happened for them to be able to get on to the property ladder and so on.”

Pickford, who lives in Bristol, was a professional ballet dancer until she was 40 and then worked in the fitness industry before retiring at 60. In terms of her retirement income, she says: “It’s not much but I don’t need much.” Pickford buys a lot of what she needs in charity shops.

However, a survey of over-50s carried out by the insurer SunLife found that the pandemic had caused 40% to worry about the future and 34% to worry specifically about their finances. It also found that 27% of people over 50 had been left worse off as a result of the coronavirus crisis, by £445 a month on average.

Pickford doesn’t have children and says: “I do have a little bit of money set aside because I’ve been able to save. I’ve always scrimped and saved even though I haven’t earned an enormous amount.”

A universal basic income for all citizens is something that has been proposed a number of times over the years and Pickford is a supporter. “I feel very strongly that the UBI will help people stay out of poverty and with no stigma of benefits,” she says.

She has solar panels and does not own a car, and says, “in theory”, she is interested in the green retail savings bonds that were announced. These will be launched by NS&I in the summer.