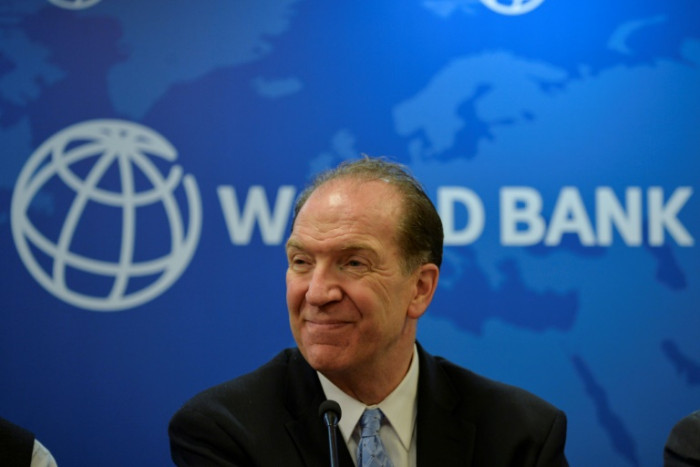 The coronavirus pandemic may have driven as many as 100 million people back into extreme poverty, World Bank President David Malpass warned Thursday.
The Washington-based development lender previously estimated that 60 million people would fall into extreme poverty due to Covid-19, but the new estimate puts the deterioration at 70 to 100 million, and he said "that number could go higher" if the pandemic worsens or drags on.

The situation makes it "imperative" that creditors reduce the amount of debt held by poor countries at risk, going beyond the commitment to suspend debt payments, Malpass said in an interview with AFP.

Even so, more countries will be obliged to restructure their debt.

"The debt vulnerabilities are high, and the imperative of getting light at the end of the tunnel so that new investors can come in is substantial," Malpass said.

Advanced economies in the Group of 20 already have committed to suspending debt payments from the poorest nations through the end of the year, and there is growing support for extending that moratorium into next year.

But Malpass said that will not be enough, since the economic downturn means those countries, which already are struggling to provide a safety net for their citizens, will not be in a better position to deal with the payments.

The amount of debt reduction needed will depend on the situation in each country, he said, but the policy "makes a lot of sense."

"So I think the awareness of this will be gradually, more and more apparent" especially "for the countries with the highest vulnerability to the debt situation."

The World Bank has committed to deploying $160 billion in funding to 100 countries through June 2021 in an effort to addresses the immediate emergency, but even so, extreme poverty, defined as earning less than $1.90 a day, continues to rise.

Malpass said the deterioration is due to a combination of the destruction of jobs during the pandemic as well as supply issues that make access to food more difficult.

"All of this contributes to pushing people back into extreme poverty the longer the economic crisis persists."

"We can start calling it a depression. Our focus is on how do we help countries be resilient in working out on the other side."
#COVID-19  #Covid  #Coronavirus
Add Comment