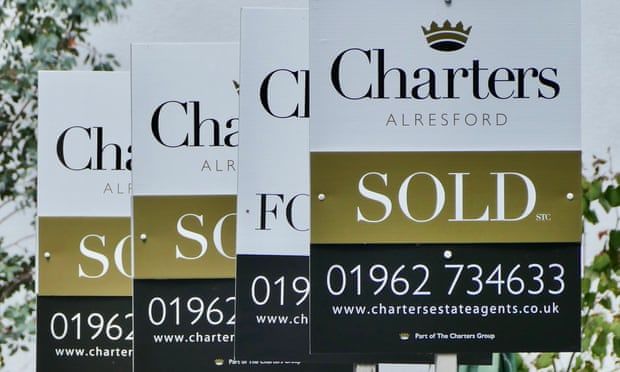 UK wealth gap widens in pandemic as richest get £50,000 windfall

Britain’s wealth gap has ballooned during the pandemic with the richest 10% gaining £50,000 on average, dwarfing increases for the poorest third of the population, according to a thinktank report.

The Resolution Foundation said wealth had increased during lockdown as a result of a lack of spending opportunities and rising house prices, but the benefits had been skewed to the richest by a ratio of more than 500 to 1.

Jack Leslie, a senior economist at the thinktank, said it was rare for wealth to increase during a recession but the impact of events during 2020 and 2021 had been to “turbo-charge” the gap between rich and poor.

The Resolution Foundation – which focuses on improving living standards for those on low and middle incomes – said the findings of the report should cause the government to rethink its decision to scrap the £20 a week increase to universal credit in September. 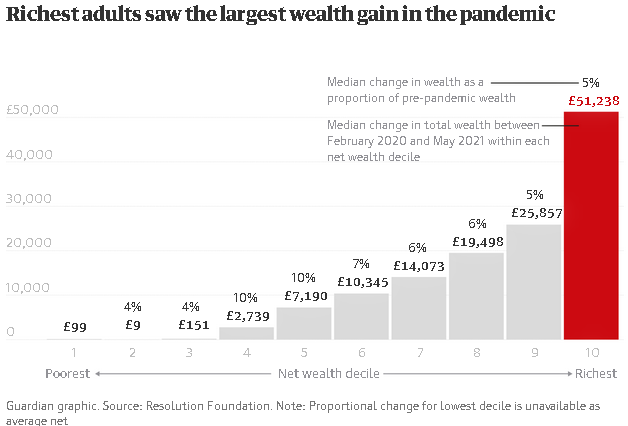 The report, produced in partnership with the Standard Life Foundation, found that the average household had enjoyed a windfall of £7,800 per adult during the crisis – the first time wealth has increased during a recession since the mid-1940s.

“The Covid-19 crisis has seen a highly unusual combination of a sharp reduction in economic activity, and a sharp increase in household wealth. Many families have been forced to save rather than spend during lockdowns, while house prices have continued to soar even while working hours have plummeted,” Leslie said.

Britain suffered its biggest-one year fall in output in more than 300 years in 2020 but since the start of the crisis in February 2020 total household savings had risen by £200bn, household debts (excluding credit cards) decreased by about £10bn, and house prices – which fell by an average of 22% over the previous four recessions – rose by 8%.

The thinktank report said total UK wealth had increased by £900bn to £16.5tn during the course of the pandemic, but the poorest households were more likely to have run down rather than increase their savings, and had not shared in the house price boom because they were less likely to own a home in the first place.

“As a result, the rising wealth gaps that marked pre-pandemic Britain have been turbo-charged by the crisis,” Leslie said. “With policymakers facing many tough decisions in the autumn – from protecting households as unemployment rises to paying for a decent system of social care – they can no longer afford to ignore the dominant role wealth is playing in 21st-century Britain.” 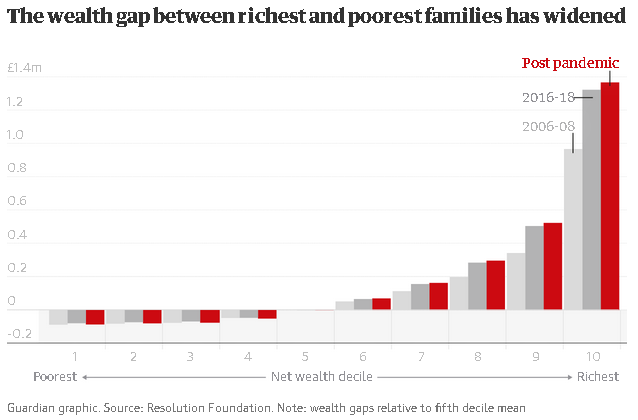 According to the report, adults in the richest 10% of households now have wealth of £1.4m each following the £50,000 increase during the crisis, while the poorest 30% gained an average of just £86 per adult in additional wealth.

Mubin Haq, the chief executive of Standard Life Foundation, said: “The rise in wealth for those at the bottom has been paltry even taking into account the £20 a week increase in universal credit payments to those on the lowest incomes. Wednesday’s announcement of the cut to UC risks further widening the wealth divide which ballooned during the pandemic.”