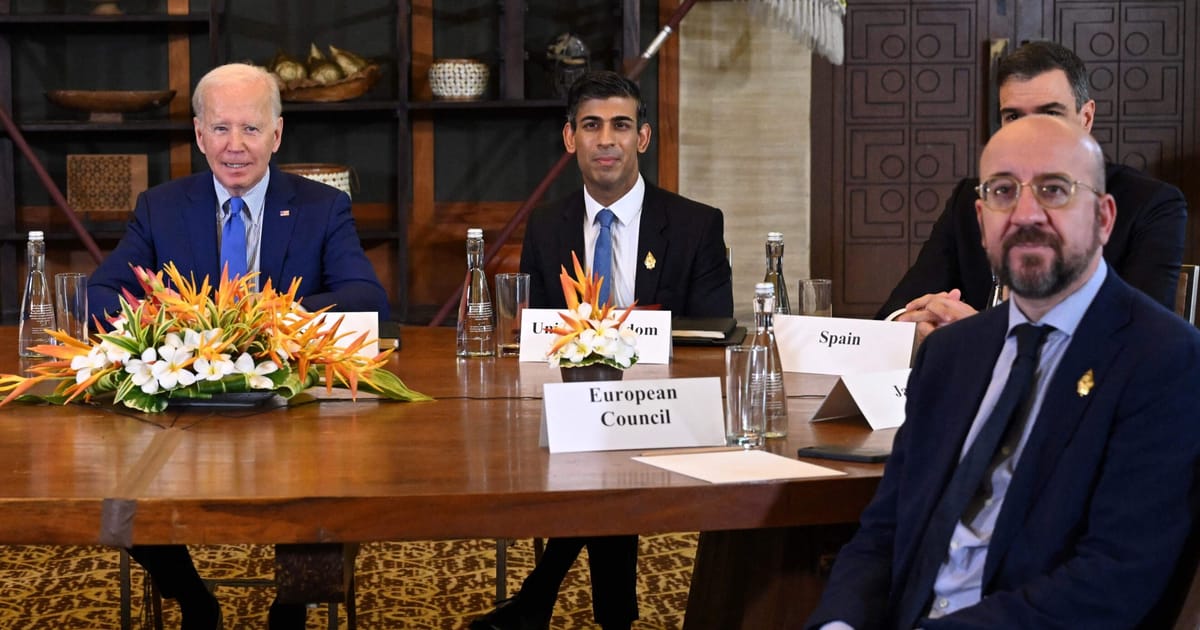 Rishi Sunak told U.S. President Joe Biden in their first face-to-face bilateral meeting Wednesday that he is increasingly optimistic a deal with the EU can be reached by the 25th anniversary of the Good Friday/Belfast peace agreement on April 10, 2023.

“The prime minister did refer to that anniversary next year and ensuring that we get a negotiated settlement that protects the Good Friday agreement by then,” Sunak’s press secretary said Wednesday.

“They also both agreed the protection of the Good Friday agreement is incredibly important, and they are aligned on that,” she added.

The protocol, part of the Brexit divorce deal, requires Northern Ireland to remain aligned to EU single market rules in order to prevent checks on trade between it and the Republic of Ireland, an EU member.

The two leaders, who met on the margins of the G20 summit in Bali, Indonesia, discussed the Northern Ireland situation in general, the prime minister’s press secretary said.

But asked if Biden raised concerns about the Northern Ireland Protocol Bill, which would give U.K. ministers powers to switch off parts of the Brexit agreement and has angered Brussels, she said: “Not specifically, no.”

A date for the report stage of the bill in the U.K.’s House of Lords is yet to be announced, but it could take place next week.
#Joe Biden
Add Comment